BRIDGETOWN, Barbados – Lawyers representing former attorney general, Adriel Brathwaite Q.C, have filed a constitutional motion asking the Supreme Court to rule on whether or not the Senate in the Barbados Parliament has been properly constituted. 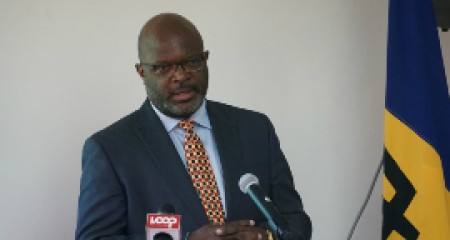 “More importantly, any business that it purports to conduct will be devoid of validity. Despite the clear, urgent calls for the rectification of this unsatisfactory state of affairs, the Government has unlawfully proceeded to pass, in the House, a Bill for an Act of Parliament that alters the Constitution itself, at a time when three of the members of the august Senate body have not been appointed and will, consequently, have no opportunity to debate or vote on these crucial proposed constitutional amendments.”

Brathwaite said that this is against the background of no consultation with stakeholders, no attempt to obtain a broad consensus from members of society about these “substantial, fundamental changes to entrenched provisions of the Constitution that have represented our law for over 55 years.

“It is for these reasons that I feel compelled to seek the intervention of the courts to resolve this controversy – one that centers around issues of vital national importance and goes to the root of our democracy”.

Brathwaite said that he has instructed his lawyers to file in the High Court an application that “seeks declaratory reliefs aimed at compelling this Government to put its house in order before conducting the affairs of State.

“I do so in my capacity as a former Attorney General for this country and as a private citizen who is deeply committed to the notion that our government must be according to laws,” Brathwaite said, adding that he wanted to make it “clear that I am not bringing this action on behalf of any political party with which I may have previously been affiliated.

“My action is guided by my profound desire to ensure that our republic remains a democracy. I place my confidence in the courts, as the guardians of our Constitution, to resolve this pivotal and consequential constitutional crisis,” he added.

The former attorney general in the last Democratic Labour Party (DLP) government that was swept out of office in 2018, said that the Constitution is the supreme law and it is a body of the core laws and principles that describe the general organization and operation of the sovereign state of Barbados.

“It contains fundamental principles and delineates the norms that circumscribe the exercise of powers vested in a government. “It is the fountain from which springs the authority of all government action. It is the means by which the key organs of the State, the executive, the legislature, and the judiciary, are established and are infused with the plenitude of authority and powers,” Brathwaite said in a statement.

He said more fundamentally, the Barbados Constitution represents an expression of the “shared values, identity, and purpose of our society” as well as reflecting “the hopes and aspirations of every citizen of this country, one organized under democratic principles and whose people are inexorably committed to the rule of law”.

Parliament met for the first time on Tuesday since Prime Minister Mia Mottley led her ruling Barbados Labour Party (BLP) to a sweep of all 30 seats that were at stake in the January poll.

She told legislators that her administration was simply “doing the right” thing in amending the 55-year-old Constitution to change the qualifications for membership in both houses of Parliament.

She said she was also “correcting a wrong” by reducing the age for eligibility to sit in Parliament to 18, and giving a voice to the opposition by allowing them to recommend appointments to the Senate even when they hold no seats in the House of Assembly.

Mottley said the importance of the Constitution reflecting the reality of society, and insisted that Parliament, often used in the past as an instrument of oppression, must be “a tool of empowerment for our people.

“This government is doing this because it is the right thing to do, both for purposes of non-discrimination on the basis of age and for inclusion in terms of voices who have a legitimate right to be heard and to be represented in our nation, even if not in the Lower House,” she said in her contribution to debate on the Constitution (Amendment) Bill 2022 that was introduced by Attorney General Dale Marshall as the House met for the first time since last month’s polls.

The most controversial of the amendments seeks to give a political party with the second-highest votes in a general election the opportunity to appoint two Senators where there is no Leader of the Opposition. The other reduces the age of eligibility for the Senate and the House of Assembly from 21 to 18.

Brathwaite said the Parliament “is purporting to conduct business, at a time when one of its key organs, the Senate, has not been constituted in accordance with the clear, unambiguous mandate of Section 36 of our Constitution”.