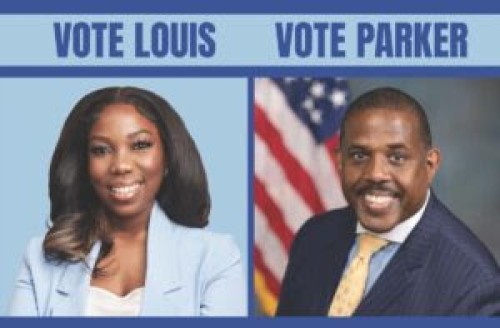 New York City Public Advocate Jumaane Williams, the son of Grenadian immigrants, is challenging New York Governor Kathy Hochul in the Primary in a race that also involves United States Congressman Tom Suozzi, of Long Island, New York. During the final televised debate on Thursday between the three candidates, Williams shared his “bold, progressive vision about everything from climate justice to affordable housing, to public safety, and how we must end business as usual and center equity.

“Our current systems benefit the few and not the many,” he said. “That’s because the Wall Street billionaire interests corrupt our politics and our policies. We need a new administration leading this state and taking the vast resources we have and making them work for all New Yorkers, not just the billionaire class,” Williams added.

On Friday, Williams announced that a trio of Assembly Members in New York City has endorsed his campaign for governor. They comprise Khaleel Anderson; Monique Chandler-Waterman, the daughter of Jamaican and Barbadian immigrants; and Phara Souffrant Forrest, Haitian-born, whose husband is Jamaican-born.

“It’s an honor to have the support of these Assembly Members who’ve been proven leaders in their communities, fighting for the issues that matter most to struggling and working New Yorkers,” Williams told the Caribbean Media Corporation (CMC), adding that his campaign’s momentum is “growing by the day.”

“I look forward to working with them to spread our grassroots message to voters across the city and state that a renewed New York is possible,” he added.

Anderson said: “I am proud to endorse Jumaane Williams for Governor for New York State. Jumaane has a proven track record of policy and public advocacy in addressing affordable homeownership, gun violence and food insecurity.

“As Council Member, he was ranked the most productive legislator, and has passed more than 70 bills during his time in public office,” he added. “Over the last 10 years, he has proven to be strategic and compassionate as Public Advocate to deliver on the issues that matter most to working families. I am confident that he will continue to show up for our community as governor, which is why I’m proud to endorse his grassroots campaign.”

Chandler-Waterman – who was elected last month in the Special Election for the 58th Assembly District in Brooklyn that was represented, for about three decades, by newly-appointed US Ambassador to Jamaica, former New York State Assemblyman, Jamaican-born Nick Perry – said she has worked with Williams for more than a decade, “fighting for the resources our communities need to create affordable housing, safer streets and programs that make a community truly safe.”

“He’s delivered on the issues so many struggling and working families face, and I’m proud to endorse him to be the next governor of the state of New York,” said Chandler-Waterman, who, in less than a month, is again on the ballot – contesting the Democratic Primary on June 28.

Souffrant Forrest said that “in a moment where working people are pushed aside in favor of corporate profit, New Yorkers need a governor they can trust to make justice the top priority.

“That’s why I’m proud to endorse a champion for the people: Jumaane Williams,” she said. “In office, I know he will work with us to secure the public services everyone in New York deserves.”

Chandler-Waterman – who soundly beat Hercules Reid, the son of Jamaican immigrants in her landslide victory in last month’s Special Elections – is again competing with him in this month’s Democratic Primary.

She said her story is “one of service – as a public servant, advocate and activist.”

She said her “tireless, community-first approach” has been a theme throughout her life, as she has “formed multiple block associations and founded a nonprofit, been an activist working to reduce crime and boost public safety, and a public servant working in the offices of former Assemblyman Nick Perry of District 58, former Council Member Jumaane Williams, and on the frontlines of the pandemic in the NYC Test & Trace Corps.”

She said Nickolas Perry has worked in constituent services, “advocating for members of this community and New York City for over 20 years, and his work in the community has led him to build strong relations with the new slate of leaders in the 58th Assembly District.”

Nickolas Perry is currently the Brooklyn Borough Director and Caribbean-American Liaison for the Office of the New York City Comptroller.

Louis – the daughter of Haitian immigrants, and a community leader, organizer and professional strategist – currently serves as a Delegate Assembly Member, Senate Faculty Member at City University of New York (CUNY) and Judicial Delegate for the 58th Assembly District.

“Make a plan: get out to vote,” she urged voters. “Voting in your local elections are important. Your voice and your choice matter!”