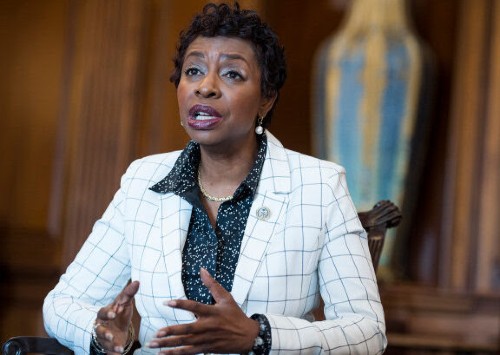 “We are amidst a war on people’s reproductive rights and freedoms,” said Clarke, the daughter of Jamaican immigrants, who represents the 9th Congressional District in Brooklyn, New York.

The group is concerned about the lack of specific guidance on the types of questions a CBP immigration official may ask during inspection.

“No one should be worried that an immigration official at the US border will ask irrelevant, inappropriate and invasive questions relating to their reproductive health and/or whether they will be penalized depending on their answers. Whether someone is pregnant, is seeking an abortion, or has obtained abortions in the past is not relevant while determining an individual’s admissibility.

“Further, in states like Texas where abortion has been heavily banned and is also home to several ports of entry and federal detention facilities, it is especially important that the administration make all necessary efforts to ensure access to abortion and reproductive care as part of its whole of government response, including for people who are immigrants,” wrote the members.

According to the 2016 CBP directive on primary processing at airports found on the DHS’s website, the latest public document outlining questioning procedures, while examining a traveler and documents, the CBP officer will ask appropriate questions to determine “the citizenship and admissibility such as the traveler’s purpose of the trip/visit, length of stay, where the traveler stayed or will be staying, means to depart the United States, means to support oneself during the visit to the United States, last time the traveler entered the United States, traveled foreign, whether the documents (passport and visa) are compatible with the purpose and intent of the travel, if the person as the correct visa and supporting documents for the intended class of admission”.

The Congressional Representatives said this directive does not indicate that travelers should be asked personal medical questions, including whether they have had or are seeking abortion care.

“Since this directive was published in 2016 and last reviewed in 2019, we request your agency share recent and updated guidance – specifically, we request they make clear that questions pertaining to pregnancy or abortion do not fall within the scope of appropriate or routine questioning during airport inspections,” they urged.

“Additionally, we believe there are specific steps the agency can take to ensure pregnant immigrants and migrants can access health care, including abortion care, in a safe and time-sensitive manner.”