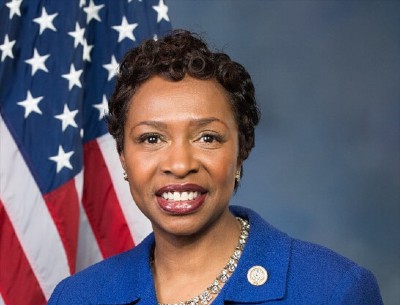 Judge Andrew S. Hanen of the United States District Court in Houston, Texas ruled on Friday that former US President Barack Obama superseded his authority when he created the Deferred Action for Childhood Arrivals, known by the acronym DACA, by executive order in 2012.

In his ruling, Republican-leaning Judge Hanen blocked the US Department of Homeland Security (DHS) from approving any new DACA applications.

He, however, said his order will not impact current DACA recipients or their ability to renew their DACA applications.

“This disappointing attack on the Deferred Action for Childhood Arrivals Program makes it clear we must remain committed to supporting undocumented children and providing a viable, humane pathway to citizenship in this country,” Clarke, who represents the predominantly Caribbean 9th Congressional District in Brooklyn, New York, told the Caribbean Media Corporation (CMC).

“As chair of the Congressional Black Caucus (CBC) Immigration Taskforce, one of the six women known as the ‘Closers’ selected by Speaker (of the US House of Representatives, Nancy) Pelosi, to champion immigration reform and pathway to citizenship legislation in the House of Representatives, a senior member of the House Homeland Security Committee and, most importantly, the daughter of Jamaican immigrants, this ruling is deeply troubling,” she added.

“This ruling does not change the status for existing DACA recipients, meaning those who currently have DACA can still renew. However, the Department of Homeland Security is temporarily prohibited from approving new applications,” Clarke continued. “Let me be very clear, this ruling will be appealed.

“However, tens of thousands of new DACA applicants, who have submitted their applications, will be barred from receiving protections against deportation and work authorization during the appeal process,” the congresswoman warned. “The only viable response is a permanent legislative solution fortifying DACA and creating a pathway to citizenship.

Murad Awawdeh, executive director of the New York Immigration Coalition (NYIC), which boasts of more than 200 immigration groups in New York State, told CMC that Biden must intervene immediately to stop the disastrous implementation of the judge’s ruling.

“Today’s ruling is a chilling reminder that the Republicans’ far-right anti-immigrant agenda continues to outlive Donald Trump with devastating consequences for our communities,” he said. “Rescinding DACA would be a disaster for America’s health, economy and legacy.

“Nearly 50,000 New Yorkers and their families are now at risk of being ripped from the only home they’ve ever known,” Awawdeh warned. “Judge Hanen’s ruling makes it crystal clear that Washington can’t keep playing politics with the lives of these New Yorkers and the hundreds of thousands like them across the country.

In his 77-page ruling, Judge Hanen said that the US Congress had reserved the broad authority to regulate immigration, and that it had failed to give legal status to groups like the DACA recipients, otherwise known as Dreamers.

“The executive branch cannot just enact its own legislative policy when it disagrees with Congress’s choice to reject proposed legislation,” he wrote. “Congress has not given DHS the power to enact DACA.”

Friday’s ruling comes a little more than a year after the Supreme Court of the United States (SCOTUS) ruled against then President Donald J. Trump’s attempt to end the DACA program, characterizing it as “arbitrary and capricious.”

But the Supreme Court failed to rule on whether DACA was legally adopted.

Since his first day in office,  Biden, who is expected to appeal Friday’s ruling, has sought to strengthen DACA.

Under DACA – about 800,000 immigrants, including Caribbean nationals, who were brought to the US illegally as children – are allowed to remain in the US and to work.