BELMOPAN, Belize – Belize says it will not allow charter flights from Haiti to land in the country warning also it is prepared to reverse provisions of allowing Haitians to come to the country without a visa. 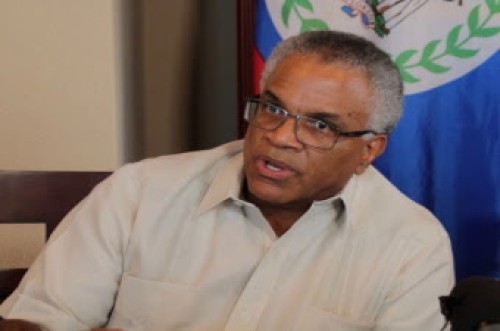 In recent times there have been several requests for chartered flights carrying Haitian visitors to arrive in Belize. However the authorities here said that those aircrafts won’t be allowed to touch down at the Philip S. W. Goldson International Airport (PGIA) because many of those on board are arriving here with one-way tickets.

They said, in addition, the Haitians do not have hotel arrangements and end up being smuggled out of the country en route to the United States.

“We have taken a decision this week, and I informed Cabinet yesterday that we have requests over the next six weeks for a number of flights to come as charter (from) Haiti [to] Belize, “Courtenay said.

“In collaboration with (the Department o) Civil Aviation, we are not going to allow them to land, and if we have to reverse the provision of Haitians coming into Belize without a visa, we are going to do so.  Why?  Because these people are abused by smugglers, they are trafficked by smugglers and we will not allow it to happen through Belize as long as we can stop it,” the Foreign Affairs Minister added.

Meanwhile, Courtenay said the repatriation of Cuban nationals who have entered the country illegally, poses an immigration and foreign affairs challenge for government officials.

The authorities said that the Cubans cannot be deported through another country and, since Cuba is an island nation, arrangements have to be made for them to be returned directly.

Earlier this week, the High Court dismissed a case brought on behalf of seven Cuban nationals that their fundamental rights were violated while in detention and ordered that the authorities implement the removal order as soon as it is practicable.

The group of seven adults arrived here with two children on February 6, claiming to be seeking asylum. The children had been placed in the care of the Department of Human Services since the adults were detained.

Justice Lisa Shoman found that the allegations made on behalf of the seven Cubans had no legal basis and that there is need to ensure that the removal order for the Cubans be effected as soon as is practical by the state.

The Court also ruled that the Cuban national, whose two children are in the custody of the Human Services Department be allowed to have daily video calls and weekly visits with them until they are removed from Belize.

Justice Shoman said that this case was not about when or where the Cubans will be taken when they are removed from Belize.

The Ministry of Foreign Affairs said it is working on the best possible means of deporting these individuals, notwithstanding the challenges at hand.

““In the case of the Cubans, it’s a difficult situation.  It’s a difficult situation because we cannot deport them to a third country, we have to send them back to Cuba.  There are no direct flights, there is no bus, there is no boat to Cuba, so we are actively talking to friends about how we can get that done in relation to this one,” Courtenay said.

“And in September, we have negotiations in Cuba with the Cuban government trying to have a protocol on the deportation of Cubans from Belize.  We are trying to create a scenario in which the immigration laws of Belize are obeyed.  That those who are legitimate asylum seekers will get a fair hearing and if they satisfy the criteria, will be given refugee status and protection and we are also trying to ensure that only Belizeans have Belizean nationality.”

He said he has since received advice from the crowns on how to cancel approximately 30 nationalities that are illegal.

“I am going to cancel them.  We are trying to clean up a very difficult situation, let me put it that way,” he added.