BELMOPAN, Belize – Belize has become the latest Caribbean Community (CARICOM) country to signal its intention to replace the Britain’s Queen Elizabeth as its head of state and adopt republican status. 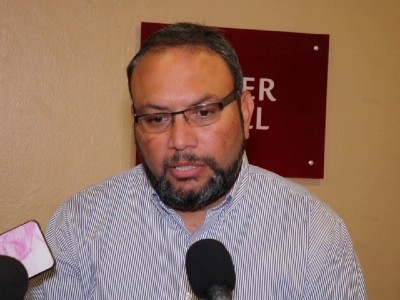 Speaking in Parliament on Thursday, Public Service, Constitutional & Political Reform Minister, Henry Charles Usher, told legislators that a Good Governance Unit has been established and will operate as the Secretariat to the Commission.

“A major part of the portfolio is reform. I am pleased to announce to the House and the Belizean people that a Good Governance Unit has been established in the Ministry. This unit will be the focal point for all governance issues, including UNCAC (United Nations Convention against Corruption), which is currently in its second round for peer review,” Usher said.

He said that the Good Governance Unit, will also be the Secretariat for the People’s Constitutional Commission, which will have a comprehensive look at the laws of Belize, including the constitution as well as the way we are governed.

“Madam Speaker, the decolonization process is enveloping the Caribbean region. Perhaps it is time for Belize to take that next step in truly owning our independence. But, it is a matter that the people of Belize must decide on,” he added.

The announcement by Usher comes in the wake of Barbados last year joining Trinidad and Tobago, Dominica, Guyana, and Suriname as Caribbean Community (CARICOM) countries with a republican constitution.

Earlier this week, Jamaica Prime Minister Andrew Holness served notice to the visiting Duke and Duchess of Cambridge that the island intends to break ties with the British monarchy.

He said Jamaica intends to attain and fulfill “its true ambitions as an independent, developed and prosperous country in short order”.

Holness’ notice that Jamaica will remove the Queen as Head of State and become a republic comes four months after Barbados officially took the step.