BRIDGETOWN, Barbados –The Barbados government says it has established what is being referred to as the world’s first metaverse or digital embassy. 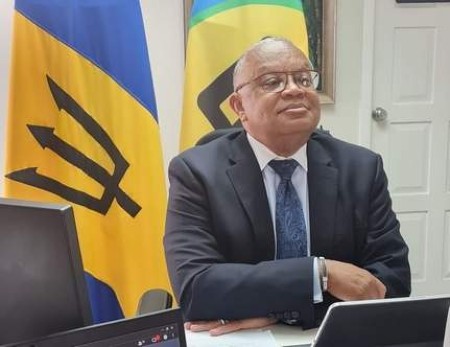 Foreign Affairs Minister, Dr. Jerome WalcottA statement from the Ministry of Foreign Affairs and Foreign Trade said that the virtual embassy will be at the center of activities to advance the growth of stronger bilateral relationships with governments globally

“The government of Barbados is very pleased to announce the launch of its metaverse embassy initiative,” said Foreign Affairs Minister Dr. Jerome Walcott said, adding “this platform will be an important forum where Barbados will work with our traditional partners and new allies to deepen engagement in the diplomatic arena, and the investment, business, tourism and cultural sectors, and people-to-people interaction.

“Barbados looks forward to welcoming the world in its metaverse embassy,” he said.

On Sunday, the Ministry of Foreign Affairs and Foreign Trade signed the agreement with Decentraland, one of the world-leading blockchain metaverse platforms, in an effort to outline the baseline development elements for its metaverse embassy.

The metaverse can be referred to as a 3D mixed or sci-fi concept that combines the real world with the digital world, in which people live, work and play.

Details of the metaverse embassy are yet to be made public, but it is understood the concept will provide for the identifying and purchasing of land, architecting of the virtual embassies and the development of facilities to provide services such as e-visas and teleportation.

In the statement, the ministry said that the government will continue to establish and maintain physical embassies and will use the metaverse embassy as an opportunity to “pioneer the evolution of global diplomacy beyond the physical world”.

Walcott said Barbados is welcoming the world’s diplomatic missions “to join us in establishing their embassies in the metaverse.

“Barbados is proud to lend our technological assistance and know-how to governments waiting to establish their own metaverse embassy.”

E-consular services will be a core feature alongside a virtual teleporter, which will be built in Barbados’ metaverse embassy, connecting all meta worlds as a gesture of diplomatic unification between technology platforms, said the island’s Ambassador to the United Arab Emirates, Gabriel Abed.