WASHINGTON, D.C. – Antigua and Barbuda’s Ambassador to the Organization of American States (OAS), Sir Ronald Sanders, Tuesday called for an end to the celebration of “The Encounter of two Worlds”, an annual event promoted by Spain to mark the so-called discovery of the new world by Christopher Columbus. 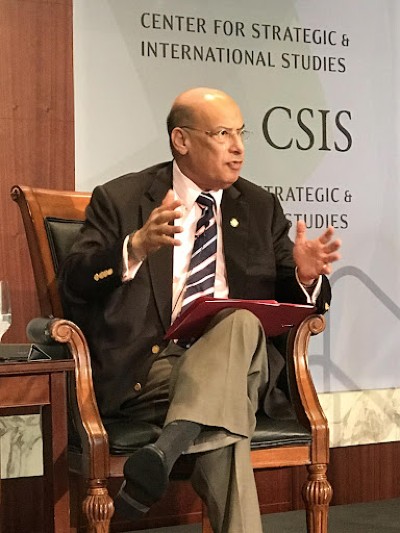 Sir Ronald Sanders (taken from sirronaldsanders.com)Sir Ronald said that Antigua and Barbuda would not be a true friend of Spain if it “were to pretend that this occasion is one that we welcome and support.

“The native peoples of these lands were not in need of discovery; they already had a civilization, a rich culture, and knowledge that suited the sustainability of their environment. All that was either destroyed or desecrated by the arrival of Columbus and his crew who stumbled upon these lands in the mistaken belief that they had navigated a new route to the Indies,” the Antigua and Barbuda diplomat said.

He said further said, apart from genocide and enslavement of the native peoples of the Americas, “the encounter threw open the gateway for centuries of brutal slavery of African people and the exploitation of Asian indentured labor in some Caribbean countries”.

Sir Ronald said that the occasion “should not be celebrated; it should be lamented adding “it was an encounter contrived on the ideology of European superiority that is today commonly called – racism.

“The freedom that the European settlers sought in these lands now called “the Americas” came at the expense of the lives, land, labor, blood and resources of non-white people.

“That is what we remember; it is what we recall; it is what we see every time this so-called ‘Encounter of two worlds’ is celebrated and not lamented,” Sir Ronald said, calling for the discontinuance of the event that re-opens wounds and re-enforces the strong desire for reparatory justice.

“As my delegation has repeatedly stated, our country greatly values its modern-day relationship with Spain.

“We congratulate Spain on the positive role it plays today in global affairs, and we welcome its efforts to make its present-day encounters with our nations mutually beneficial for all. In our relationship, we would like to stride forward to a bright future, not look backward at a dark past.

“The encounters, upon which we should all concentrate, are those which proffer a better future for our common humanity in our One World,” Sir Ronald added.