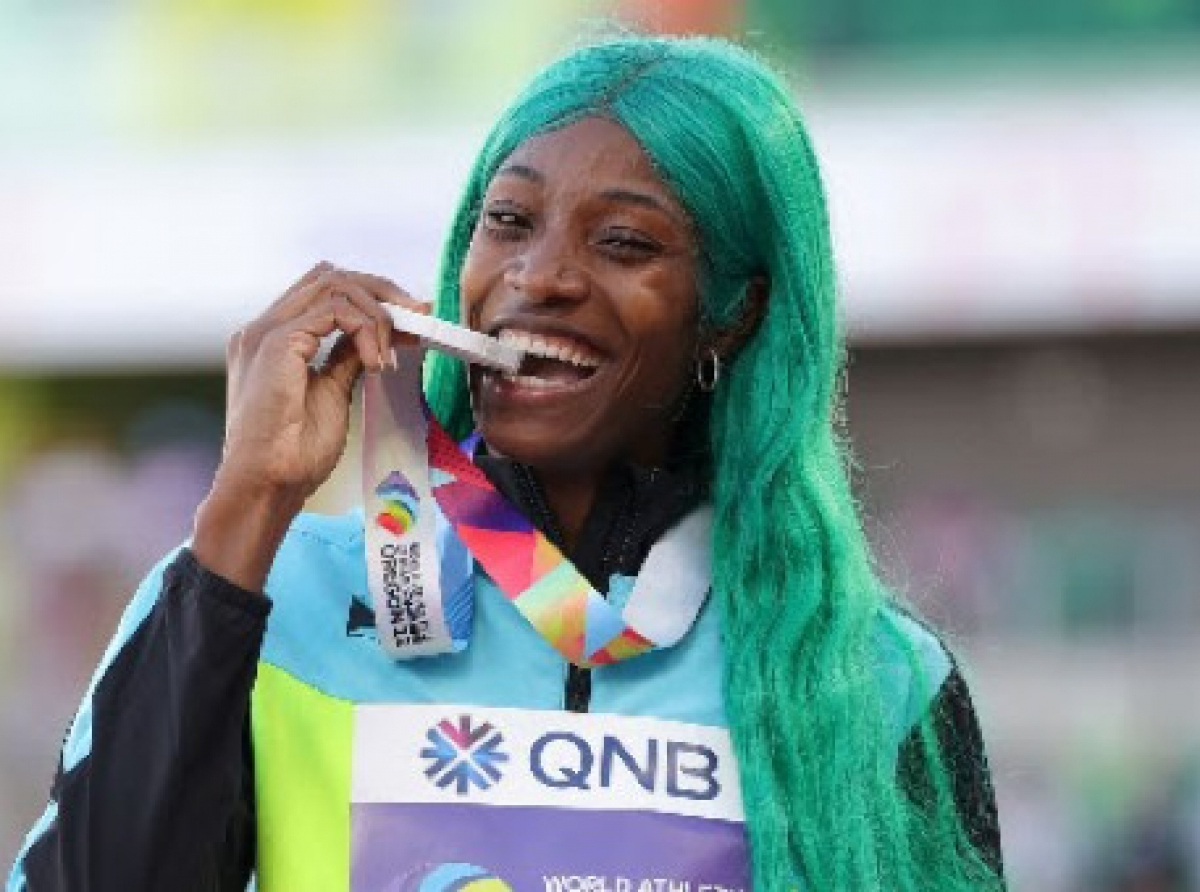 The Bahamian raced to a world-leading 49.11 seconds in the final, beating Marileidy Paulino of the Dominican Republic (49.60) into second while Barbadian Sada Williams produced a national record 49.75 to claim bronze.

Despite winning gold in the event at the last two Olympiads in Rio and Tokyo, Miller-Uibo’s previous best at a World Championship had been silver in Beijing in 2015 and again in Doha three years ago.

However, there were no such setbacks for the 28-year-old on Friday. Running out of lane three, Miller-Uibo was away quickly with Williams and Paulino also in contention over the first 200 meters.

Miller-Uibo held a narrow lead over Williams entering the final 100 meters but steadily pulled away, with Paulino overtaking Williams with 40 meters remaining.

“It’s been a long time coming and I just give God all the thanks and praise,” Miller-Uibo said afterwards.

“This is the one title we were missing so we definitely want to make sure we secured it this time around.

“We’ve had a lot of injuries this season and setbacks and so I had to make it all happen, and all I can do is give God thanks and praise for it.”

Neither Jamaican factored in the contest, Stephenie Ann McPherson finishing fifth in 50.36 and Candic McLeod coming home seventh in 50.78.

Williams, meanwhile, carved out a piece of history for her tiny island, becoming the first-ever woman to win a World Championships medal and only the second athlete, following Ryan Brathwaite’s gold in the sprint hurdles over a decade ago.

“I’m happy that I even made the final. It’s a very overwhelming feeling and I’m super happy about a new national record and a medal too,” said the 24-year-old.

For the 29-year-old, the medal was his third at a World Championships to add to his three Olympic successes, leaving him with six podium finishes at a global event.

“I think it is special. Coming off especially an Olympic year, you want to show people that you can be consistent, that you can keep on going and not let up, so for me it’s always special,” James said.

“Every championships is unique in its own way, the circumstances are unique so I’m just proud and happy to be back on the podium.”

Great Britain’s Matthew Hudson-Smith finished with bronze in 44.66 but there was disappointment for Jamaican Christopher Taylor (45.30) and Barbadian Jonathan Jones (46.13) who finished seventh and eighth respectively.

In the other track final, Jamaican Rushell Clayton finished sixth in the 400 meters hurdles, clocking 54.36 as American Sydney McLaughlin copped gold in a new world record 50.68.