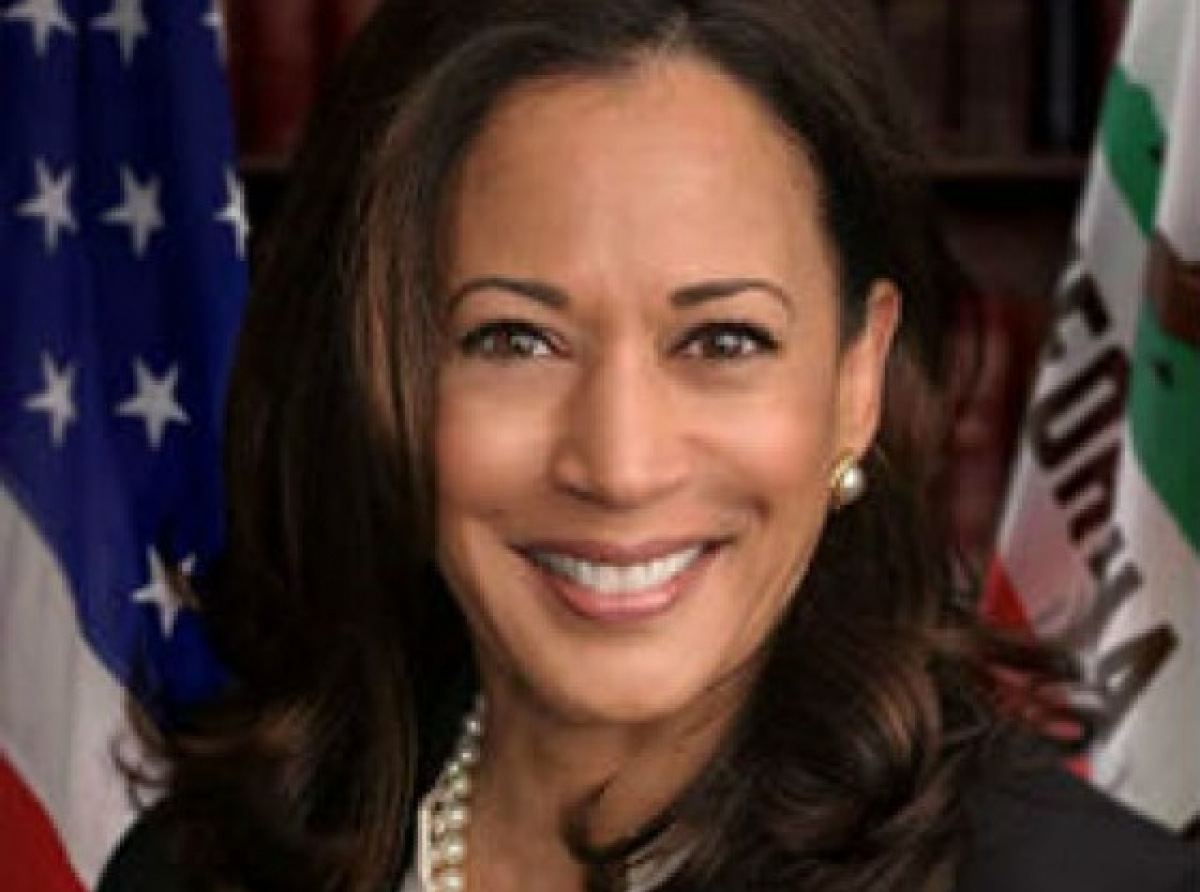 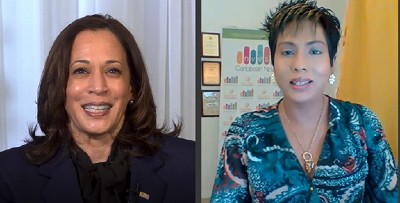 Side by side screengrabs of the US' first Black Caribbean American vice President elect Kamala Harris and Invest Caribbean CEO and Caribbean American advocate Felicia J. Persaud, (r.) during remarks at the Global Caribbean American inauguration celebration on Sunday, Jan. 17, 2021. (ICN/CAAN image)“Thank you for the efforts that so many of you have many of you have made throughout the course of the campaign to get us to this moment. … You did the work. You helped lay the groundwork for this historic occasion,” VP-elect Harris said. “Now, because of you and so many others, our country is on a path to heal and rebuild.”

She also recognized the contributions of Caribbean Americans to the United States, which she said are woven “throughout the fabric of our country.”

“Those contributions are reflected in the lives of so many Americans with Caribbean roots, from Eric Holder and Colin Powell to Shirley Chisholm,” said the VP-elect, the daughter of Jamaican and Indian immigrants. “And I’m proud to be with you, as a vice-president elect with roots in the Caribbean.”

VP-elect Harris also added that “President-elect Joe Biden and I look forward to working with you every step of the way to usher in a brighter future for Caribbean Americans, and all Americans.”

In opening remarks, Persaud delivered a fiery challenge to the VP-elect and the incoming administration, while like Harris, also recognizing the fact that Caribbean immigrant voters helped deliver the historic win for the Biden-Harris ticket. 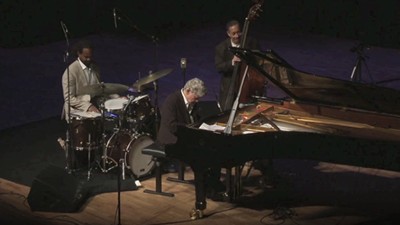 “Kamala Harris, we celebrate you, but we are also going to be watching you,” said the ICN CEO and founder of CAAN. 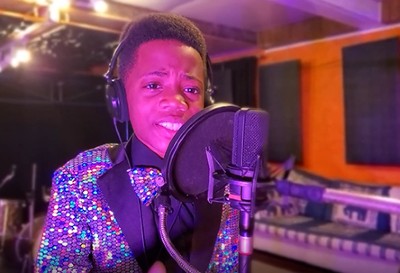 Tykairi Sargeant, of Barbados, delivered a cover of Celine’s Dion ‘The Power of the Dream’The global  Caribbean inauguration celebration, live streamed by One Caribbean Television from 7 p.m. EST on Sunday, January 17, 2021, on its Facebook page at facebook.com/onecaribbeantelevision, also featured remarks from Vice Chancellor of the University of the West Indies, Sir Hilary Beckles, who noted that “with deep Caribbean roots,” VP-Elect-Harris’ “values and vision” are a part of a “long Caribbean journey to democracy.”

Pointing to the history of the Caribbean’s long journey of embracing love of education, pursuit of professional advancement, commitment to public service, placing community above self and commitment to the principle of equal justice for all, Sir Hilary said VP-Elect Harris’ “values and visions” are a part of a long Caribbean journey to democracy.

“She is a product of those values. She is an expression of these Caribbean internal and moral ethnical perspectives,” said the UWI Vice-Chancellor. “Critically, she is a Caribbean mentality, on its way to demonstrating the richness and the fertility of Caribbean civilization.”

“We have every right to celebrate her as an internal product of who we are – the Caribbean family,” he added. “She is an expression of the Caribbean’s family’s journey into the future.” 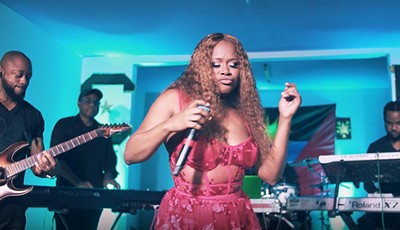 Claudette Peters boosted the energy with a titillating performance of ‘Something Got A Hold On Me.’

The event also featured signature performances from some of the Caribbean’s top entertainers, including Jamaican-born dancehall star, Flourgon who performed a special re-make of his hit ‘We Run Things,’ by adopting it to “Kamala Run Thing.”

Reggae star Nadine Sutherland also delivered a special tribute in song to Harris with her remake of ‘Action,’ while Papa Michigan delivered his new single, ‘Reggae In The White House.’

Barbados’ own Soca King, Edwin Yearwood of ‘All Aboard’ fame, delivered the inspirational ‘I Am,’ while Owen Dalhouse and his band performed their new single ‘Heal the Soul of America.’

Grammy-nominated Jamaican maestro, Dr. Monty Alexander performed a tribute to Harris with Bob Marley’s ‘No Woman No Cry,’ while Jamaica’s Fab Five Band added to the tribute with their famed ‘Jamaican Woman.’

Nine-year-old rising star Tykairi Sargeant, of Barbados, delivered a cover of Celine’s Dion ‘The Power of the Dream,’ while Jamaica’s Janine Jkuhl was inspiring on guitar with a special song entitled ‘Dreamer.’

Guyanese master drummer and spiritualist Menes De Griot opened the show with a libation to Harris and ended with a rhythmic drum tribute with his Shanto drummers as St. Vincent and the Grenadines Frankie McIntosh as well as Maxie Gouveia; Sundiata King and Rashid Thorne added some jazz to the evening with a ‘Tribute To Len ‘Boogsie’ Sharpe.’

Antigua & Barbuda’s soca star Claudette Peters boosted the energy with a titillating performance of ‘Something Got A Hold On Me,’ as Jamaican gospel singer Joan Meyers of ‘Can’t Even Walk’ fame, brought the curtains down on the show with the famous, ‘One Love’ cover, also from Marley, and a gospel original, ‘Destiny.’