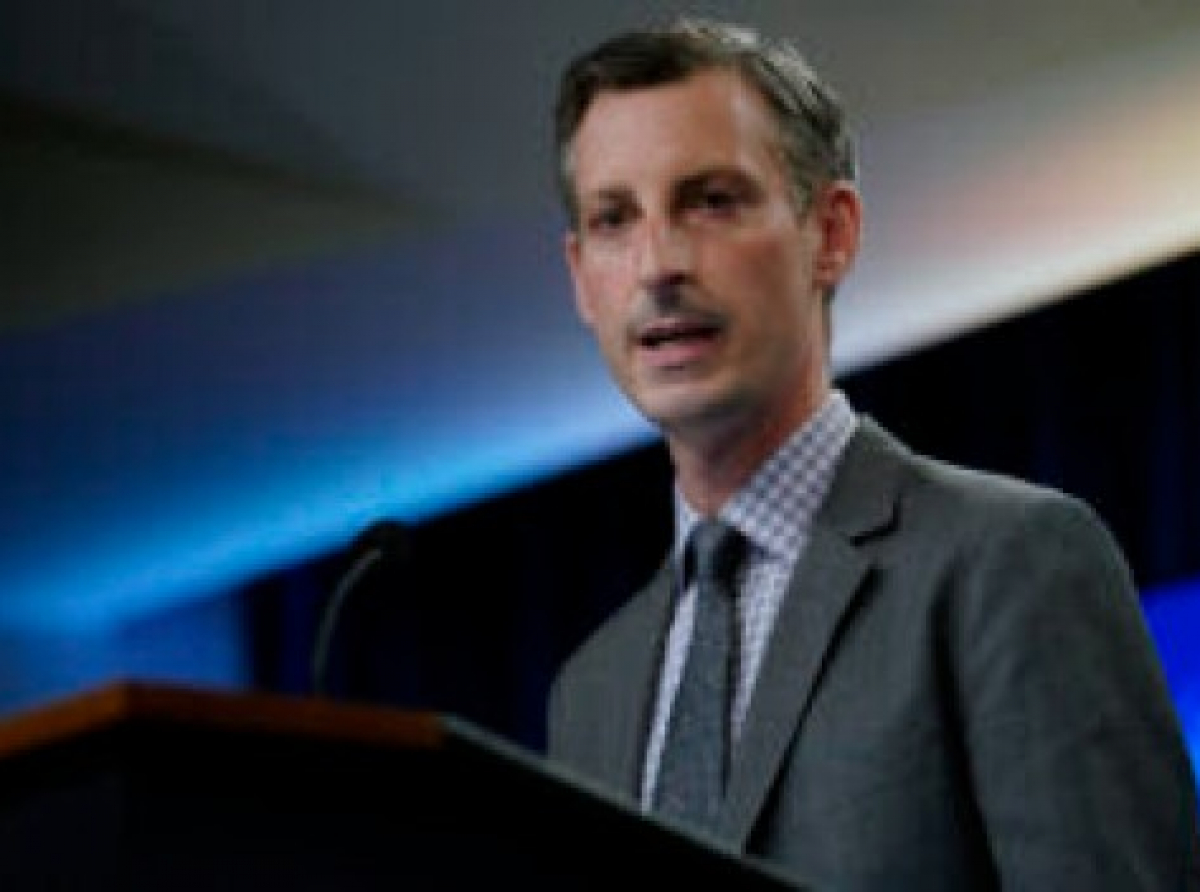 WASHINGTON, DC – The Biden administration in the United States says it has discussed the importance of regional security cooperation with Surinamese President and Chair of CARICOM Chandrikapersad Santokhi.

US Department of State Spokesperson Ned Price in a statement on Friday said that US Secretary of State Antony J. Blinken met the day before with Santokhi in Washington.

Price said that regional security cooperation creates “a sustainable energy future, with shared prosperity and inclusive growth” and promotes the rule of law.

“Secretary Blinken emphasized the strength of our relationship and the importance of bilateral and multilateral cooperation to make progress on the Caribbean’s most pressing issues, such as food security, access to finance, energy security and climate resilience,” Price said.

“Through the US-Caribbean Partnership to Address the Climate Crisis, the United States supports climate adaptation and energy security in the Caribbean, while building the resilience of critical infrastructure and local economies to the climate crisis,” he added.

On Thursday, the Joe Biden administration stressed that the relationship Washington has established with CARICOM is “absolutely vital.”

“The relationship that we have with our Caribbean partners is absolutely vital to us,” said. Blinken before meeting with Santokhi at the State Department.

“It’s valuable,” he added. “It’s critical, and I think that was underscored at the Summit of the Americas with the historic meeting that we had with CARICOM, with President Biden and Vice President Harris.  But not just the meeting, the work that is flowing out of that meeting to address the shared concerns of so many of our people.

“And then, let me just say on a bilateral note how much we appreciate President Santokhi’s leadership – leadership on combatting corruption, on building transparency, on the very good security cooperation that our two countries have,” continued Blinken, stating that Suriname is “a great partner for the United States in the region.

“We’ve done a lot of work together, especially in recent months, including at the Summit of the Americas, work that Vice President (Kamala) Harris is leading also with CARICOM that Suriname is presiding over,” he said.

The US Secretary of State said the US is “very eager” to continue to move forward on PACC 2030, the partnership to deal with and advance work on the climate crisis.

“And, of course, we are working together both on a bilateral basis and also with CARICOM on issues that are having a real impact on the lives of all our citizens, from energy and food security to climate change,” he said.

Santokhi said he is in Washington with his team to discuss “the further strengthening of the cooperation, the further deepening of our relationship, and also to expand our cooperation in all areas what will bring prosperity to our people, but also areas which will strengthen also the position of CARICOM, as Caribbean community, and doing business with the United States – business in the area of the private sector, but also business in the area of trade.”