US Lawmakers Want Re-Assessment of US Policies on Haiti 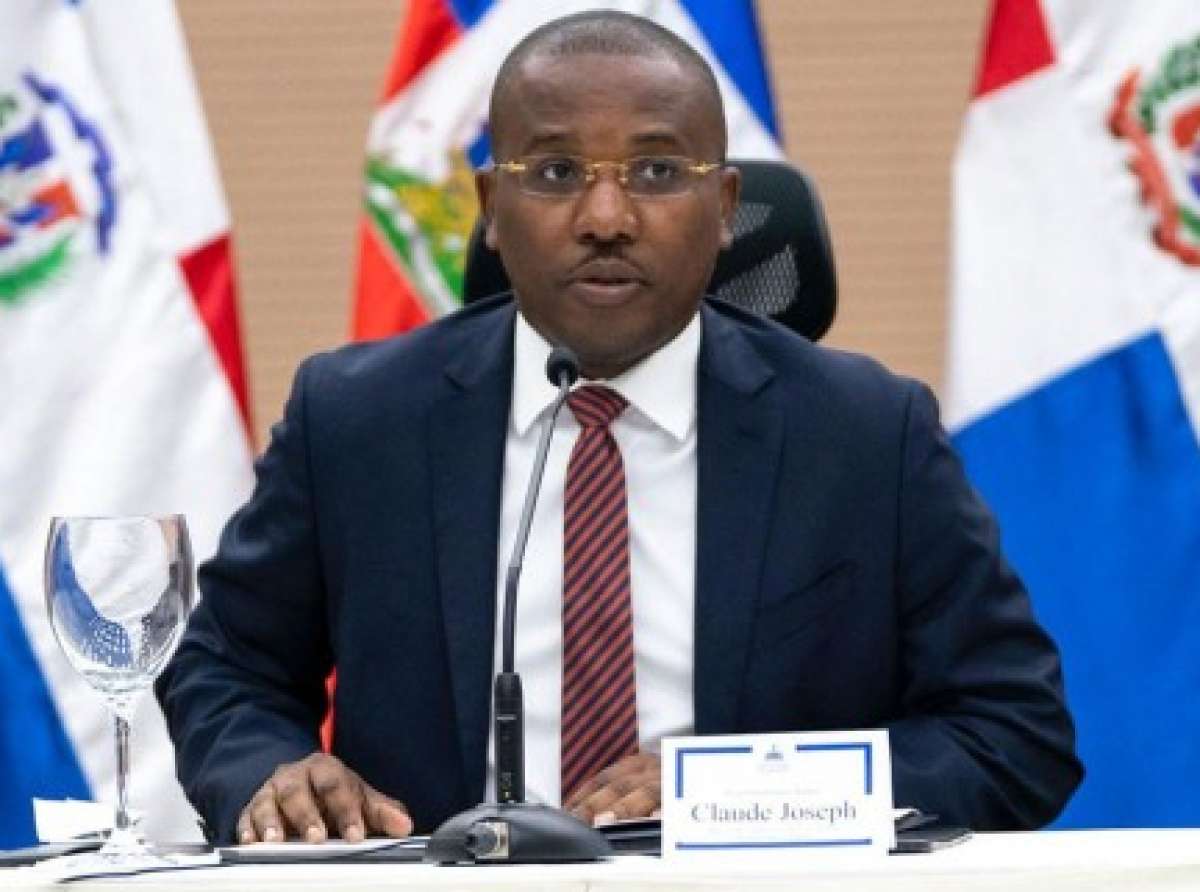 WASHINGTON, D.C – Several United States lawmakers have sent a letter to the US Secretary of State, Antony Blinken urging that Washington re-assess its policies towards the French-speaking Caribbean Community (CARICOM) country of Haiti.

Chairman of the House Foreign Affairs Committee, Gregory W. Meeks, and Hakeem Jeffries, Chairman of the House Democratic Caucus, were among 68 legislators that wrote to Blinken regarding Haiti, where President Jovenel Moise is under tremendous pressure to step down from office.

The letter, which was also signed by every Democrat on the Western Hemisphere subcommittee, calls on the Biden administration to withhold funding for the constitutional referendum proposed by President Moïse and warns of the dangers of pushing forward with flawed elections later this year.

“Listen to the voices of Haitian civil society and grassroots organizations, who have been clear that no elections under the current administration in Haiti will be free, fair, and credible,” the letter noted.

It said “the State Department should instead focus on the underlying democratic legitimacy issues identified by Haiti’s civil society and support a Haiti-led process for change.

“Elections held without meeting internationally accepted standards for participation and legitimacy will only further undermine faith in democratic governance, waste scarce resources and perpetuate a cycle of political instability and violence.”

The US legislators said that they were forced to write Blinken to “express our serious and urgent concerns regarding the quickly deteriorating situation in Haiti.”

They said while they appreciated “your personal engagement with Haiti, and the State Department’s recent criticism of some of the unconstitutional actions by the administration of President Jovenel Moïse, we believe it is past time for a more significant review of U.S. policy in Haiti. We look forward to working with you to make this a reality”.

The legislators said that they were encouraging the Biden administration to “support the sovereignty of the U.S.’s oldest neighbor in the hemisphere by reaffirming the U.S. commitment to the principles of democracy and rule of law.

“The Biden Administration inherited a multifaceted crisis (constitutional, human rights, economic, social) that the actions of the previous administration exacerbated. However, we must also recognize that the crisis of today did not start yesterday.

“For decades, the international community has invested hundreds of millions of dollars to help Haiti achieve political stability and a representative democracy. In order to move forward more productively, we must acknowledge that these efforts have failed to achieve their desired results, and that continuing along the same path will only exacerbate the situation.”

They said that nationwide unrest and political turmoil have increased significantly since 2018 and have brought about severe instability and political violence.

“In January 2020, the mandates of all but 10 members of the Haitian Parliament and all Haitian mayors were terminated due to delayed elections, leaving President Jovenel Moïse to run the country without any legislative oversight. He has since abused his rule by decree powers in direct violation of the Haitian Constitution.

“As a result of the political instability, a crashing economy, lockdown from protests, and street gang violence, the Haitian federal government is failing to meet even the most basic needs of its citizens. The Moïse administration lacks the credibility and legitimacy to oversee a constitutional referendum scheduled for June 2021 or to administer elections that are free and fair. The proposed constitutional reform, which legal experts maintain is unconstitutional, would further concentrate executive power,” the letter noted.

The lengthy letter said that parliamentary, local, and presidential elections set for later this year “could increase the risk of violence throughout the country significantly.

“We are also concerned about inclusiveness of elections, lack of preparedness of electoral institutions to hold elections, as well as the unconstitutional composition of the provisional electoral council. “Further, we are deeply concerned by the risk of gender-based violence against Haitian women and girls, as increased political violence and a weak legal system foster widespread impunity for heinous gender-based crimes.”

But they said that “despite this alarming situation, the State Department has been insistent, both in public and in private briefings with members, that elections – now scheduled for later this year – are the only path forward.

“While elections will clearly be needed in the near future to restore democratic order, we remain deeply concerned that any electoral process held under the current administration will fail to be free, fair, or credible and that continued U.S. insistence on elections at all costs will only make this outcome more likely. President Barack Obama’s former Ambassador to Haiti, Pamela White, made clear during her testimony to the House Foreign Affairs Committee in March that legitimate elections are not possible in the current context. Witnesses from Haitian civil society agreed strenuously,” they wrote.

They said considering these factors, “we urge the State Department to: make clear that the U.S. will not provide any support, financial or technical, to facilitate the proposed constitutional referendum, including through multilateral institutions”.

Earlier this month, Washington said it was looking forward to working with the new Prime Minister of Haiti, Claude Joseph, who has pledged to continue efforts for the staging of the referendum and the organization of new elections in the country.

“The US looks forward to continued cooperation with interim Prime Minster Claude Joseph, the government of Haiti and all Haitian stakeholders and international partners working to hold free and fair legislative and presidential elections in 2021,” Julie Chung, Acting Assistant Secretary for U.S. Department of State’s Bureau of Western Hemisphere Affairs, said then.

Joseph was inaugurated at a Council of Ministers held at the National Palace in mid-April, reiterating his desire to continue government actions, according to the wishes of President Moïse.

He told a ceremony at the National Palace a day later that he is aware of the challenges ahead of him, but was prepared to mobilize all the necessary resources in order to remedy the problems linked to the insecurity confronting the country.

Joseph replaced Joseph Joute, who resigned after only year in the job. He was appointed prime minister in March 2020 by presidential decree and without a political agreement with the country’s vocal opposition.

His appointment came two months after Moïse began ruling by executive order after the terms of most members of Parliament expired. Moïse had unsuccessfully spent a year trying to get two different prime ministers through Parliament after the Lower Chamber of Deputies fired Prime Minister Jean Henry Céant on March 18, 2020.