US Deploys ‘Whole of Government’ Response Efforts in Haiti: US Envoy 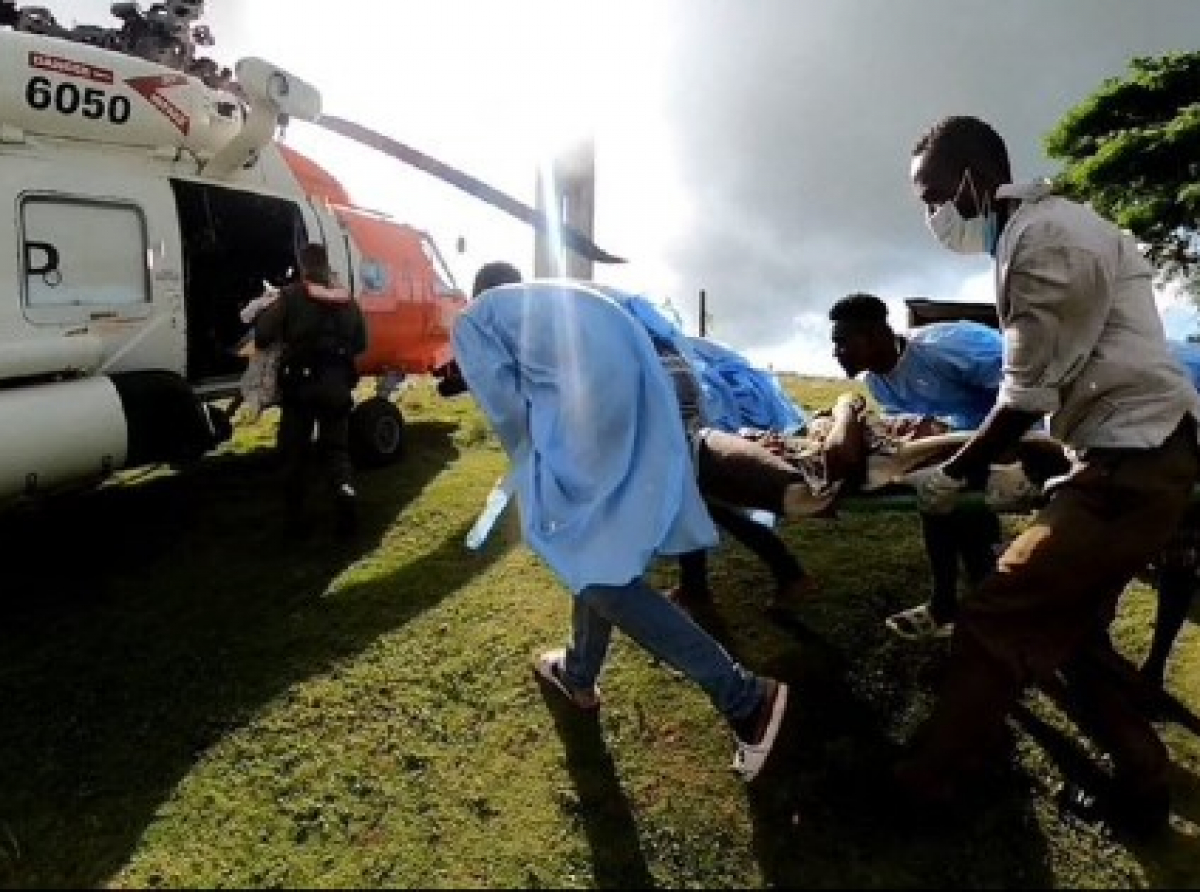 MIAMI, Florida– United States Ambassador to Haiti Michele Sison says the Joseph Biden administration is leading the “whole of government” response efforts in the wake of the devastating, 7.2 magnitude earthquake that struck southwestern Haiti on August 14.

According to the United States Coast Guard, senior official for the US Agency for International Development (USSAID) for the Latin and Caribbean region Tim Callahan, US Coast Guard Seventh District Commander Rear Admiral Brendan McPherson, US Customs and Border Protection (CBP) Southeast Region Executive Director John Priddy, and Sison discussed on Friday “unity of efforts” in Port-au-Prince, the Haitian capital.

“The United States’ response to the August 14 earthquake and Tropical Depression Grace is a whole of US government effort, led by USAID, to get help to those most in need,” said Sison.

“The US Embassy in Port-au-Prince is proud to work alongside USAID, the Coast Guard and Joint Task Force Haiti, in coordination with the Haitian government and international partners, to save lives,” she added.

Callaghan said that “USAID continues to expand relief operations to more areas impacted by the earthquake.

“I would like to thank the US Coast Guard team for the tireless work they have been doing not only to support the DART and help us quickly get out to affected areas, but also to save lives,” he said.

McPherson said that US Coast Guard aircraft and personnel are “medevacing critically injured citizens from impacted remote areas to Port-au-Prince, where they may obtain higher levels of care.

“Additionally, we are coordinating with USAID and US Southern Command and JTF (Joint Task Force)-Haiti to move urban search and rescue responders, medical personnel and supplies to impacted areas,” he said.

“Today’s leadership engagement with Ambassador Sison and others really highlight the American unity of effort to this response,” McPherson added.

“We stand shoulder to shoulder with our partners every day, carrying out the nation’s work,” said Priddy. “Our integrated operations with our partners enable us to better carry out our shared responsibilities and respond to disasters, as partnerships make us stronger.”

According to Haitian government officials, since the earthquake on August 14, at least 2,189 people died, at least were 12,260 injured, and at least 130,000 homes have been damaged or destroyed.