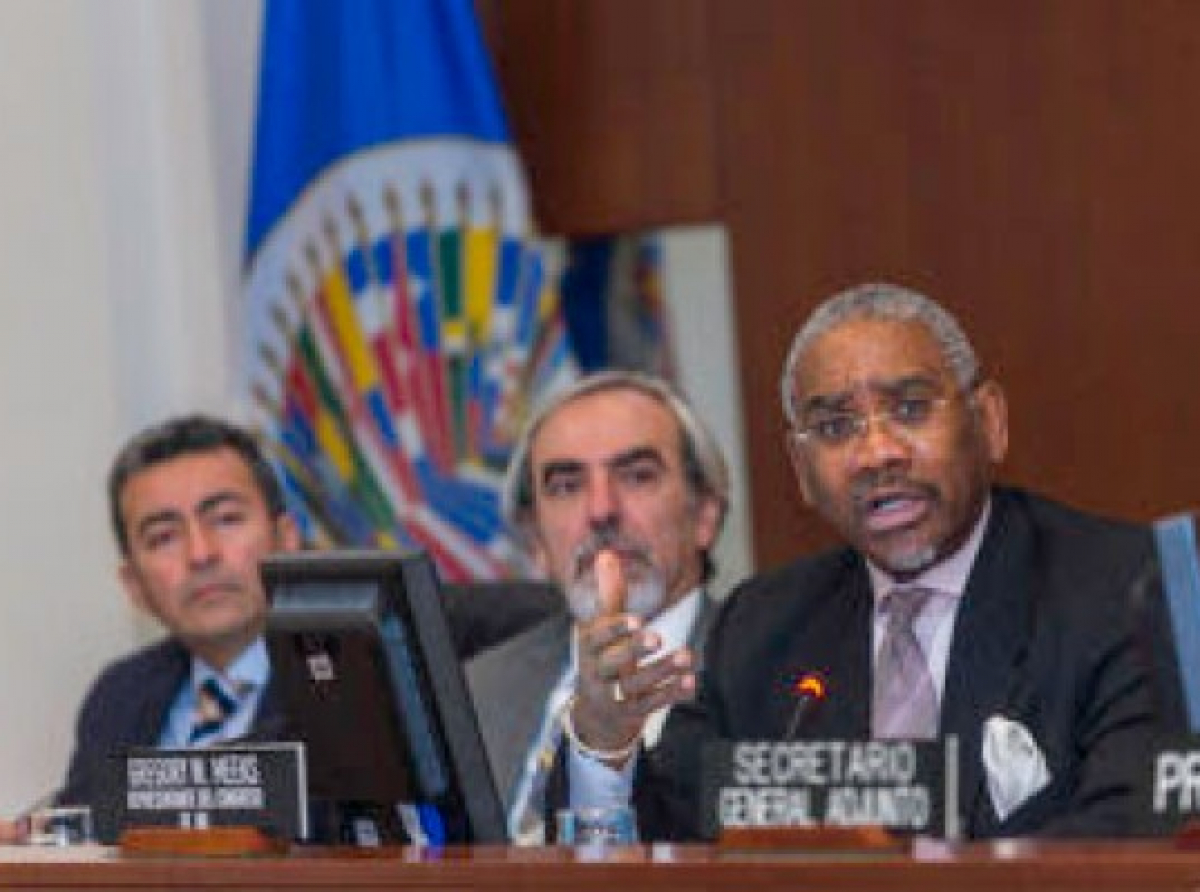 “As members of the NYC congressional delegation, we write regarding disaster relief for St. Vincent and the Grenadines, where tens of thousands of people are in humanitarian need due to multiple eruptions of the La Soufrière volcano,” wrote Hakeem Jeffries and Gregory Meeks in their joint letter to Governor Cuomo.

The congressmen wrote that, after the first eruption of La Soufrière on April 9, up to 20,000 people, out of a total population of 110,000 million were evacuated from the main island of St. Vincent in search of safety.

They noted that water shortages have resulted from the contamination of waterways caused by falling ash and dust in the streets.

The congressional representatives also said that roofs of houses have collapsed under the weight of ash, which has blanketed the island.

In addition, they said electricity and food supplies have been disrupted, and that thousands of Vincentians remain in emergency shelters.

Jefferies and Meeks told the governor that Caribbean leaders in Brooklyn and Queens, “which are home to likely the largest Vincentian Diaspora community in the US, have collected relief supplies” to provide to St. Vincent and the Grenadines.

Jeffries and Meeks said shipping these materials by sea would take roughly three weeks or longer.

“Alternatively, sending an aircraft with supplies would deliver relief much sooner during this rapidly unfolding crisis,” they told Governor Cuomo. “We, therefore, respectfully request your assistance in securing an available aircraft to airlift disaster relief supplies procured from private citizens from New York City to St. Vincent and the Grenadines.

“These citizens would greatly appreciate help with the delivery,” Jeffries and Meeks added. “We are prepared to work with you to coordinate efforts for an aircraft and we welcome your partnership.”

On Saturday, Caribbean American Congresswoman Yvette D. Clarke, the daughter of Jamaican immigrants, told relief volunteers at the Friends of Crown Heights Educational Center in Brooklyn, the main staging area in New York for relief supplies to be dispatched to St. Vincent and the Grenadines, that she was working with her congressional colleagues to provide much-needed aid to St. Vincent and the Grenadines.

In addition to the standard shipping arrangements by sea, Vaughan Toney, the Vincentian-born president and chief executive officer of the Friends of Crown Heights Education Center, and a member of the SVG Relief Committee, USA, Inc. told a handing-over ceremony, on Tuesday, of a container of relief supplies by New York City Mayor Bill de Blasio, that the Committee was “making every effort to secure a military transport aircraft to expedite the delivery of these supplies to St. Vincent and the Grenadines.”

New York City Majority Leader Laurie Cumbo – who represents the 35th Council District, which includes the communities of Fort Greene, Clinton Hill, Prospect Heights and parts of Crown Heights and Bedford-Stuyvesant in Brooklyn – also disclosed, at the same ceremony, that she and the City Council were working with Congresswoman Clarke, who represents the 9th Congressional District in Brooklyn, and Jeffries “to get (military) transport to get supplies there (to St. Vincent and the Grenadines).”

On Sunday, Clarke called on the Joe Biden administration in the United States to grant Temporary Protected Status (TPS) to Vincentians in the red zone of the explosive La Soufrière volcano.

Clarke first raised the issue the day before after visiting a volcano relief center, at the Friends of Crown Heights Educational Center, run by the SVG Relief Committee, USA, Inc.

She then elaborated in an interview with the Caribbean Media Corporation (CMC) on Sunday.

“I am calling on the US State Department to immediately allocate an appropriate level of funding to support our neighbor’s rescue, recovery and rehabilitation, and I am calling on Secretary (of Homeland Security Alejandro) Mayorkas to designate TPS status for the people of St.  Vincent and the Grenadines and neighboring islands that are located within the red zone,” said Clarke, who chairs both the US Congressional Caribbean Caucus and the Congressional Black Caucus Taskforce on Immigration.

“These island-nations have direct ties with the United States, and many have familial ties within the Vincentian-American Diaspora community of my district that will prevent any temporary relocation from becoming a stress on our economy,” she added. “The US must comply with international legal obligations and allow all migrants access to the asylum system.

“As DHS (Department of Homeland Security) processes this request, I urge Secretary Mayorkas to consider the plight of our neighbors in St. Vincent and the Grenadines, and the neighboring islands, living through this extraordinary environmental disaster while facing a pandemic, the likes of which our global community has never seen,” Clarke continued.

TPS is a temporary status given to eligible nationals of designated countries present in the United States.

This status, afforded to residents from some countries affected by armed conflict, or natural disaster, allows persons to live and work in the United States for limited times.

“The Secretary of Homeland Security has the discretion to designate a country for TPS for periods of six to 18 months and can extend these periods if the country continues to meet the conditions for designation,” she said.

“The volcanic devastation of St. Vincent and the Grenadines requires an urgent humanitarian response from our US government, and the anemic response of our State Department and affiliate USAID (United States Agency for International Development) causes me great concern,” she added. “This is a humanitarian crisis that has not been adequately addressed by the US State Department or any other international aid organization.”