US Commits to Working With CARICOM on ‘Concrete, Near-Term Solutions’ 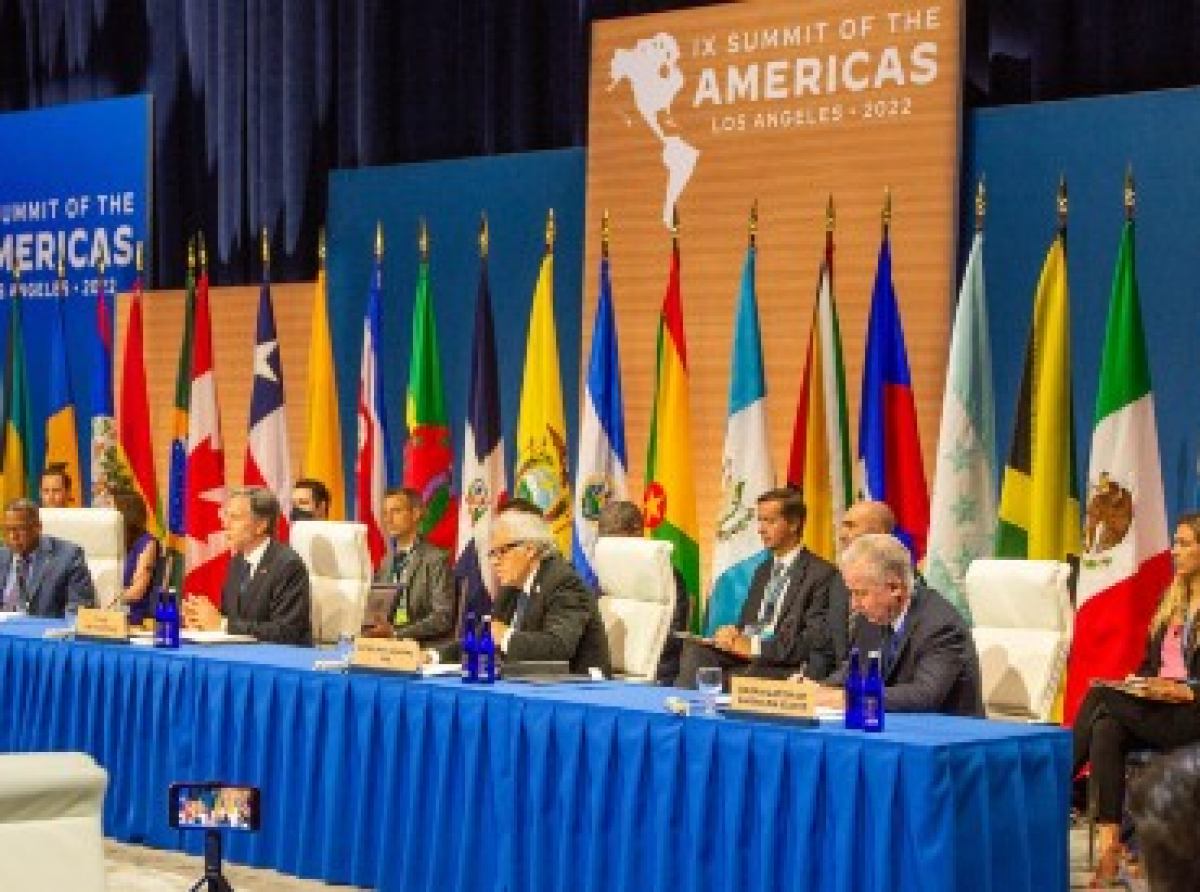 LOS ANGELES, CA – The United States says it is committed to working with the Caribbean Community (CARICOM) and the Dominican Republic to form three high-level committees tasked with developing “immediate and concrete, joint, and near-term solutions.”

In a statement on Friday, President Joe Biden and Vice President Kamala Harris made the commitment after meeting with leaders of CARICOM and the Dominican Republic the day before at the Ninth Summit of the Americas here.

The White House said the meeting was aimed at developing a plan “to partner in addressing the unique vulnerabilities and urgent economic challenges facing these countries, which are facing overlapping economic challenges stemming from the COVID-19 pandemic, the impact of climate change, food and energy insecurity, and lack of access to financing.”

Building on Harris’ April 29 meeting with these leaders, the United States launched the US-Caribbean Partnership to Address the Climate Crisis 2030 (PACC 2030) to facilitate renewable energy infrastructure development, including by increasing access to financing, and to bolster the region’s resilience to climate-based natural disasters.

The White House said the joint effort will facilitate collaboration between the US private sector and Caribbean companies to support renewable energy infrastructure project development from concept to financing, including through technical assistance and blended finance tools to create Caribbean equity in energy projects.

Under PACC 2030 and as part of the Americas Partnership for Economic Prosperity, the United States will work with international financial institutions to develop financial tools that respond to the Caribbean’s unique challenges, including by exploring alternatives to the World Bank’s national income criteria for eligibility to concessional or grant financing.

In addition to the Caribbean’s vulnerability to natural disasters, rising international debt, and out-migration, the US noted that food and nutrition insecurity is on the rise in the Caribbean, with about 67.5 percent of the population experiencing moderate or severe food insecurity.

To address these challenges, Washington said the United States and CARICOM will launch a Caribbean Zero Hunger Plan to promote food and nutrition security in the Caribbean.

“The United States and CARICOM member states support the development of national action plans to counter firearms trafficking, as part of the firearms priority actions and roadmap implementation process,” the White House said. “These national action plans can help the United States more effectively tailor our support to CARICOM member countries, to address especially the supply and flow of illegal handguns and assault weapons trafficking throughout the region.”

The leaders also applaud the work of CBSI countries and CARICOM Implementation Agency for Crime and Security (IMPACS) to implement the firearms trafficking priority actions and the road map, the White House said.

It said the United States and CARICOM concur on the utility of acceding to the Treaty of San José concerning illicit maritime and air narcotics trafficking.

This treaty provides states with a valuable legal mechanism that facilitates international cooperation to disrupt illicit maritime trafficking and transnational criminal organizations in the Caribbean.

In addition, the United States and CARICOM reaffirmed their commitment to promoting and defending democracy and the rule of law, as enshrined in the Inter-American Democratic Charter, according to the White House.

“Our nations are bound together by shared values, culture, history and family ties,” the White House said. “As governments, we will work in partnership with civil society and the private sector to ensure that democracy delivers for all our people and to build safe, inclusive, prosperous, equitable, and climate-resilient societies.”