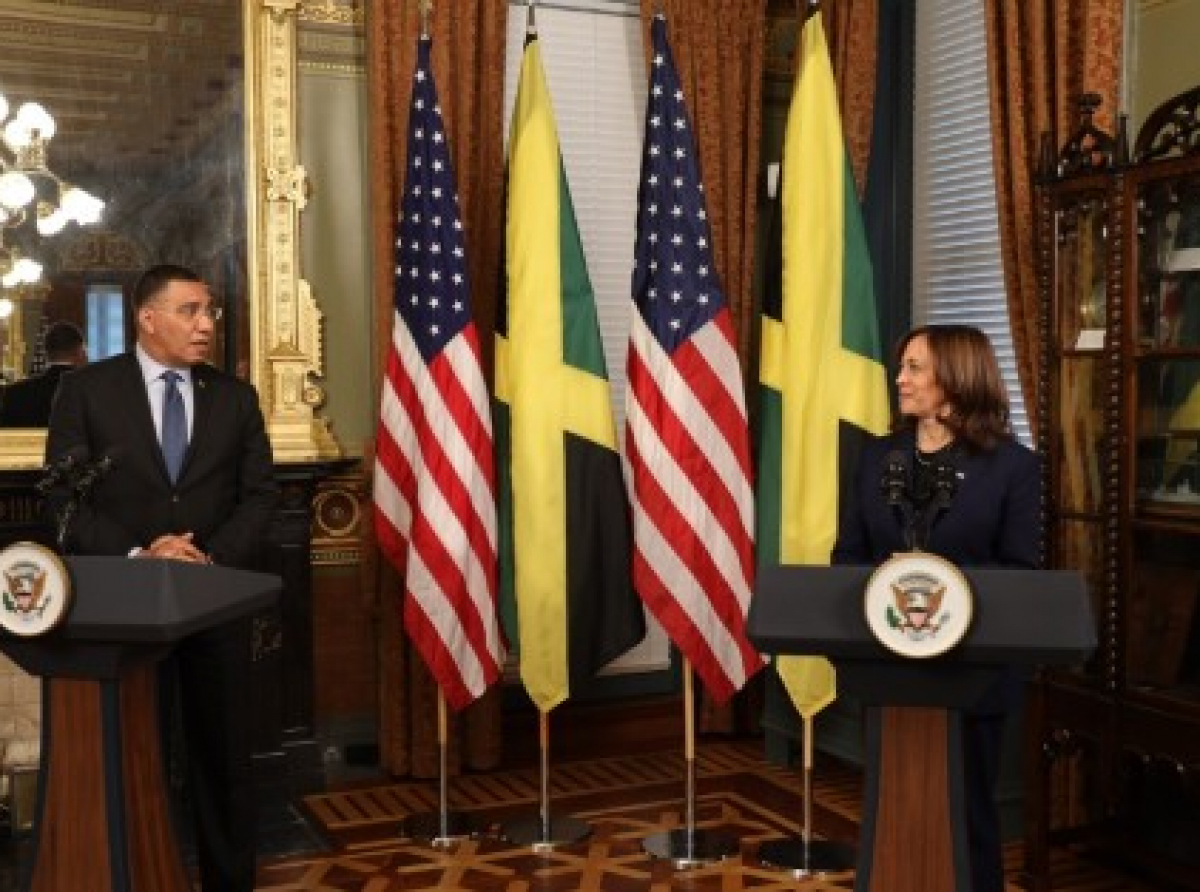 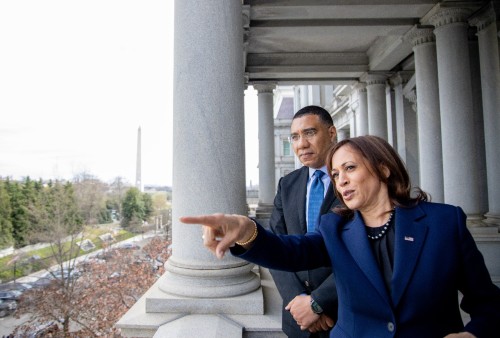 The prime minister accompanied by the Minister of Foreign Affairs and Foreign Trade, Senator Kamina Johnson Smith, Jamaica's Ambassador to the United States Audrey Marks, and Finance Minister Dr. Nigel Clarke, held talks with the US Vice President at her Office at the Eisenhower Executive Office Building on the White House complex. The discussions covered the implementation of violence reduction programs targeting youth at risk, and VP Harris expressed agreement for the establishment of a working group between Jamaica and the US to discuss issues unique to Jamaica and to continue dialogue.

He added that he was encouraged by the positive feedback from Harris, who committed to funding several areas of need. These include: Expansion of Commerce and Trade Support for the health sector and the country's COVID-19 recovery efforts.

Prime Minister Holness thanked Vice President Harris for prioritizing this meeting with Jamaica and welcomed her announcements that the US will be providing greater support by investing J$3.1 billion in Jamaica.

The plan will see the US invest US $20 million to boost commerce between the two nations. A further US $10 million will be invested in boosting human capital and violence reduction for at risk youth. The total of US $30 million announced is the equivalent of more than JMD $4.6 billion at the current exchange rate.

The Prime Minister will also have high level congressional meetings with Senate Majority Leader, Charles Schumer. He will also meet with Chairman of the Senate Foreign Relations Committee Senator, Robert Menendez and members of the Committee.

The Chairman of the House Foreign Affairs Committee Chairman, Gregory Meeks will also host a meeting for the Prime Minister with members of the Committee.

He will also address members of the Washington DC Press at the National Press Club. This morning, Holness appeared as guest on Great Day Washington on Channel 9/WUSA with hosts Kristen Berset-Harris and Ellen Bryan. Prime Minister Holness will join members of the Diaspora as the special guest on the “Lets Connect with Ambassador Marks” online town hall meeting, on Friday at 7pm EDT. He is expected to highlight the island’s development at 60 years of Independence and outline the efforts being made to facilitate expanded diaspora participation in the overall economy.

While in Washington, Prime Minister Holness will also meet members of the Embassy staff as well as members of the Jamaica Central Labour organization which oversees the US Jamaica Farm Worker Program.

The Prime Minister is expected to return to the island on April 3, 2022