UNICEF Sounds Alarm Over Abductions of Women and Children in Haiti 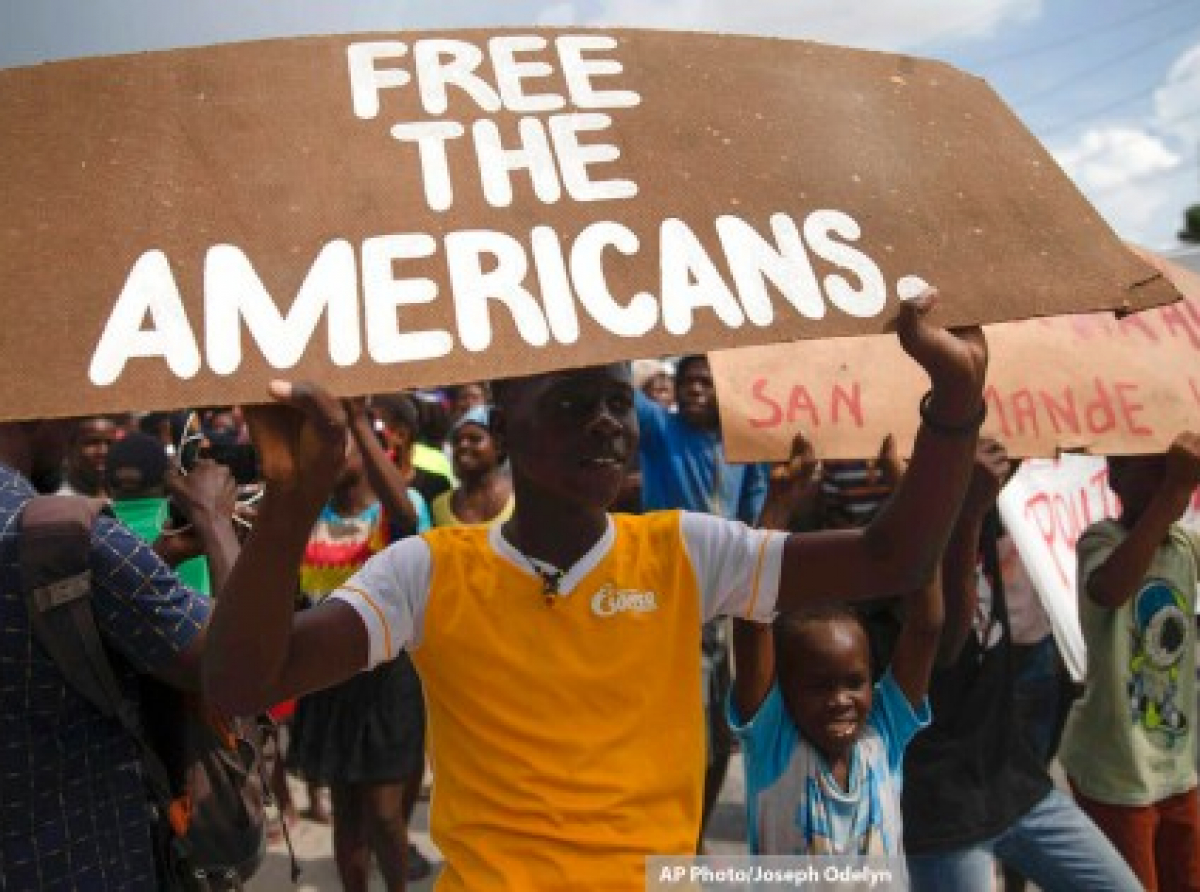 UNITED NATIONS – The United Nations Children’s Fund (UNICEF) has warned that the number of children and women abducted in Haiti until the end of August has already surpassed last year’s total.

According to UNICEF Regional Director for Latin America and the Caribbean, Jean Gough, “nowhere is safe for children in Haiti anymore.”

“Whether on their way to school, at home or even at church, girls and boys are at risk of being kidnapped anywhere, at any time of the day or night,” she said. “This is every parent’s worst nightmare.”

UNICEF estimated, based on official sources, that 71 women and 30 children were abducted in the first eight months of this year, up from 59 women and 37 children last year.

The number represents one third of the 455 kidnappings reported, UNICEF said.

It said most of the kidnappings are taking place in the capital city of Port-au-Prince, and that most abductees are Haitian.

Since June, UNICEF said gang violence in the area has displaced at least 19,000 people and has affected 1.5 million.

“Criminal gangs are using children as bargaining chips and making money off parents’ love for their children,” said Gough. “Amidst widespread poverty and rampant criminality, child abductions have become a lucrative business. This is abhorrent.”

According to reports, The Center for Analysis and Research in Human Rights, a Haiti-based non-governmental organization (NGO), has reported nearly 800 kidnappings in the French-speaking Caribbean country this year.

In the first half of October alone, 119 people were abducted, UNICEF said.

Just last weekend, it noted that 17 missionaries from the United States and Canada were kidnapped.

The missionaries were returning from a visit to an orphanage when their bus was reportedly seized by members of the 400 Mazowo gang, UNICEF said.

“Specifically, for children and their mothers, these acts have a long-lasting impact,” it said. “Captivity always causes trauma as they often witness or experience humiliation, threats and, in some cases, violence.”

“To improve reporting of incidents and assistance, UNICEF said it has supported the national child protection agency (IBESR) in reactivating its free hotline to be used alongside a helpline run by the Brigade for the Protection of Minors (BPM).

The UN said Haiti is still reeling from a devastating earthquake that hit the southwestern part of the country in August, leaving 130,000 houses, over 1,000 schools and some 90 health centers damaged or destroyed.

Additionally, the UN warned that the expulsion of over 7,600 Haitian migrants, more than half of whom are women and children, from the United States and other countries in the Americas, could place more vulnerable children and women at risk.

According to the acting Resident and Humanitarian Coordinator, Fernando Hiraldo, “all these crises pose obstacles to humanitarian access.”

The situation is further complicated by very serious fuel shortages and the reduced supply of goods, the UN said.

Hiraldo also said that the security situation, which was already precarious, has deteriorated significantly since the assassination of President Jovenel Moïse in July.

Across the country, as of September 2021, 4.3 million people were experiencing high levels of acute food insecurity, up from 4 million in August 2020, the UN said.

Currently, about 70 per cent of all schools in the southwestern part of the country are still damaged or destroyed, according to UNICEF.

The UN noted that, earlier this month, when addressing the Security Council, Helen La Lime, Special Representative and head of the UN Integrated Office in Haiti (BINUH), said Haiti is undergoing “one of the most fraught periods of its recent history”.