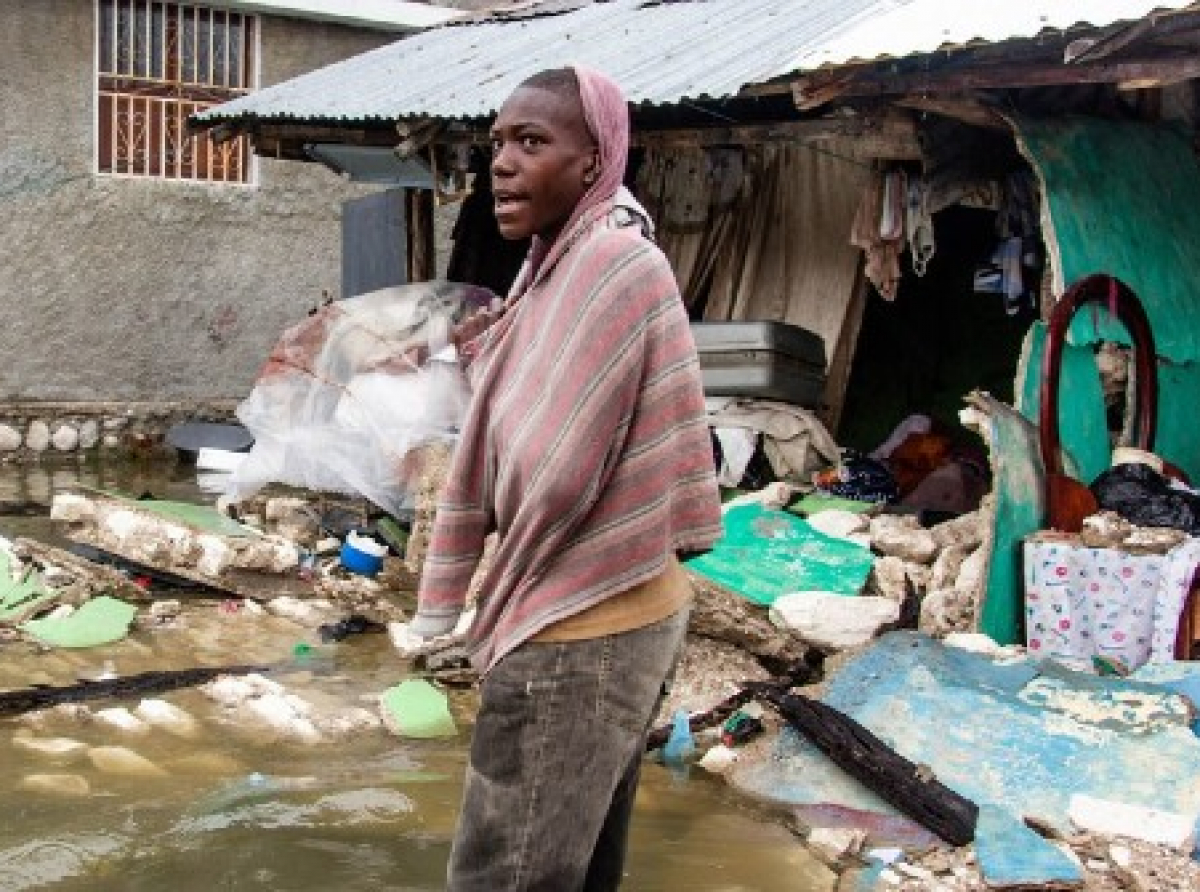 UNITED NATIONS – Four days after a devastating 7.2-magnitude earthquake hit south-western Haiti, the level of destruction and desperation is becoming increasingly evident, the United Nations said on Wednesday, noting that the death toll has surged to nearly 2 000.

After back-to-back crises in the beleaguered, French-speaking Caribbean country – last Saturday’s earthquake followed on Monday by Tropical Depression Grace – the UN Children’s Fund (UNICEF) said that, as the official tally of deaths and destruction continues to grow, those injured have already surpass 9,900.

And the UN Office for Coordination of Humanitarian Affairs (OCHA) said that civil protection authorities are urging extreme vigilance on the part of affected people, as the combination of heavy rains and possible aftershocks from the earthquake could bring down the cracked walls and roofs of damaged homes.

UNICEF estimates that some 1.2 million people, including 540,000 children, have been affected by the earthquake and about half a million Haitian children have limited or no access to shelter, safe water, health care and nutrition.

Despite criminal violence and insecurity, including gangs controlling the main road from Port-au-Prince, the capital, to the south of the country, UNICEF said one of its trucks was able to deliver medical kits to three hospitals in Les Cayes, with enough supplies – including gloves, painkillers, antibiotics and syringes – to treat 30,000 earthquake victims over three months.

The UN agency said it and its partners are also distributing tarpaulins for emergency shelters; latrines and showers; and safe water.

It estimates that it will need US$15 million to respond to the most urgent needs of at least 385,000 people, including 167,000 children under the age of five for a period of eight weeks.

“Haiti’s children need solidarity and support,” said Bruno Maes, UNICEF’s Representative in Haiti. “Parents and teachers who have lost everything will need support.”

Just weeks before schools are due to re-open, preliminary assessments conducted on Tuesday by UNICEF and Haitian officials in the South Department – one of the three hardest-hit – show that 94 of the 255 schools have either sustained damages or been completely destroyed.

“It will be extremely difficult for parents, teachers and the government to get children safely back to school just three weeks from now,” Maes said.

After visiting a damaged school in Mazenod, near Les Cayes, the UNICEF official stressed that it is “crucial for children who have just gone through this traumatic earthquake-plus-extreme weather experience to have the normalcy and stability of being in a classroom with their friends and teachers”.

The UN said this latest tragedy comes at a time when children have been unable to attend school for months at a time, due to political or security challenges, as well as the COVID-19 pandemic.

“Putting children back in classrooms is perhaps the best way to make sure they – and their families and communities – can recover,” Maes said.

“We will need resources to rebuild some schools, rehabilitate others, equip classes with desks, teachers and students with pedagogical and school kits,” the UNICEF representative added.

Noting assessments that revealed damage worse than hoped, the UN office issued a Flash Update saying that casualties will likely continue to climb as search and rescue operations persist.

Along with ongoing search-and-rescue efforts, access is the biggest priority, according to OCHA, which reported that teams have managed to save at least 34 people from the rubble.

The World Food Program (WFP) said that its trucks are “loaded with food, water and hygiene kits” for people in the most affected areas.

The UN said its International Organization for Migration (IOM) is co-leading with the Haitian authorities, the response for the Shelter, Non-Food Items and Camp Management sectors.

“Distributions have already started to provide quick, life-saving assistance to the most vulnerable,” said IOM in a tweet.