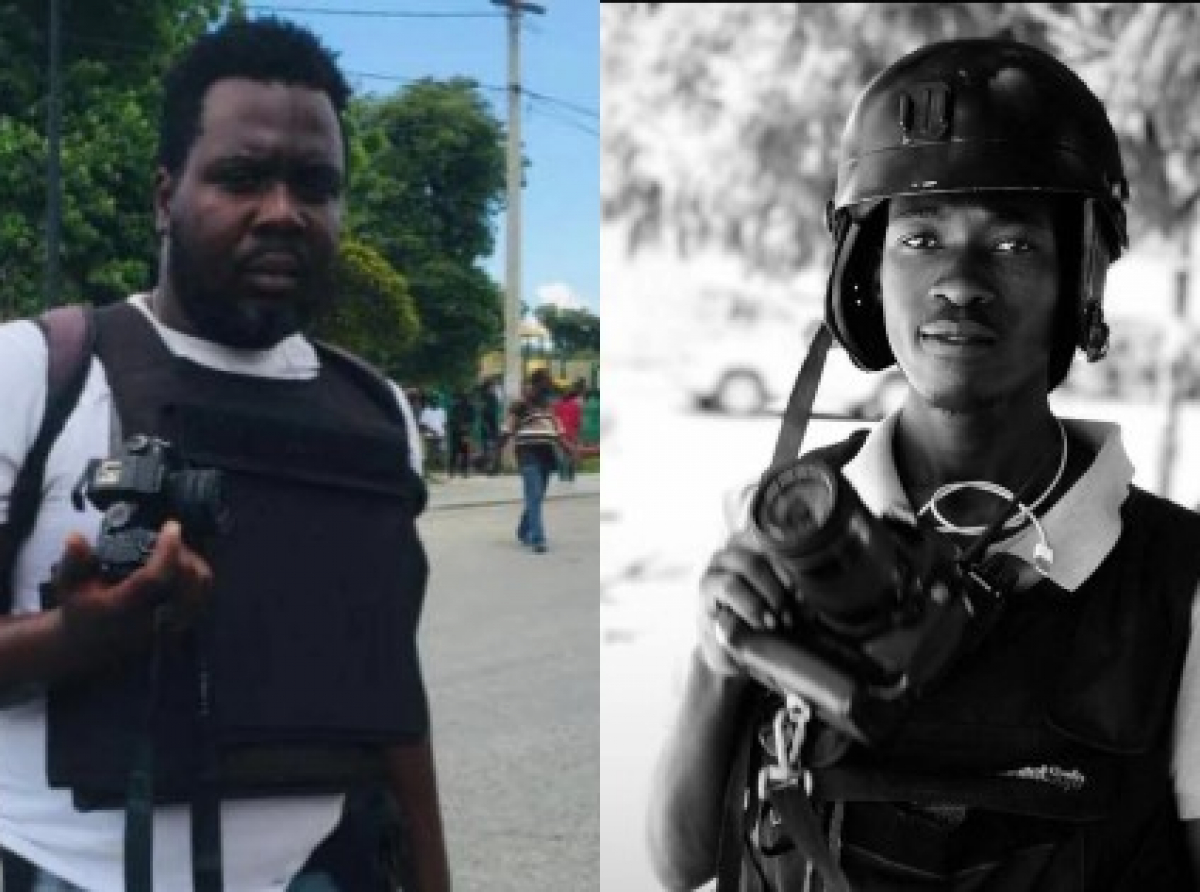 PORT AU PRINCE, Haiti – The United Nations has called on the authorities in Haiti to “find the perpetrators and bring them to justice” as the bullet riddled bodies of two journalists were retrieved from Laboule 12, a village, south west of here, over the weekend.

The journalists, Wilguens Louissaint and John Wesley Amady of Radio Écoute FM, a Canadian-based on online media house, were reported to have been burnt alive after being shot last week.  A third journalist, Wilmann Vil, who accompanied them managed to escape with the help of the residents.

The National Police of Haiti (PNH)  confirmed that they had recovered the bodies of the two journalists from Laboule 12, which has been the scene of intense fighting with rival gangs, most notably, Ti Makak” and “Toto” fighting for control of the area. “Sometimes you run out of words…we clearly condemn this murder. It is very important that the national authorities do their utmost to find the perpetrators and bring them to justice,” said Stéphane Dujarric, the spokesperson for the United Nations, when asked about the murders.

The area is considered to be the only alternative land route to reach the southern half of the country, as since June, the main road has been controlled by one of the most powerful gangs in Haiti.

The Justice of the Peace of Pétion-ville, Eno Rene Louis, said the bodies of the two journalists had many bullet holes and that they had also been shot several times in their heads.

The Association des Independent Haitian Media (AMIH) said that the two journalists had travelled to Laboule to conduct an interview with the leader of “Ti Makak” gang and that they may have been intercepted and killed by members of the rival “Toto” gang.

The ACM has also called on the Caribbean Community (CARICOM), the Organization of American States(OAS)  and other international and inter-governmental agencies to press for action to address the concerns.

”At a time like this, freedom of the press, including the safety of journalists and other media workers is essential in pursuit of strategies to bring peace and stability to Haiti.,” said the ACM, whose membership also includes one media association in the French-speaking CARICOM country.