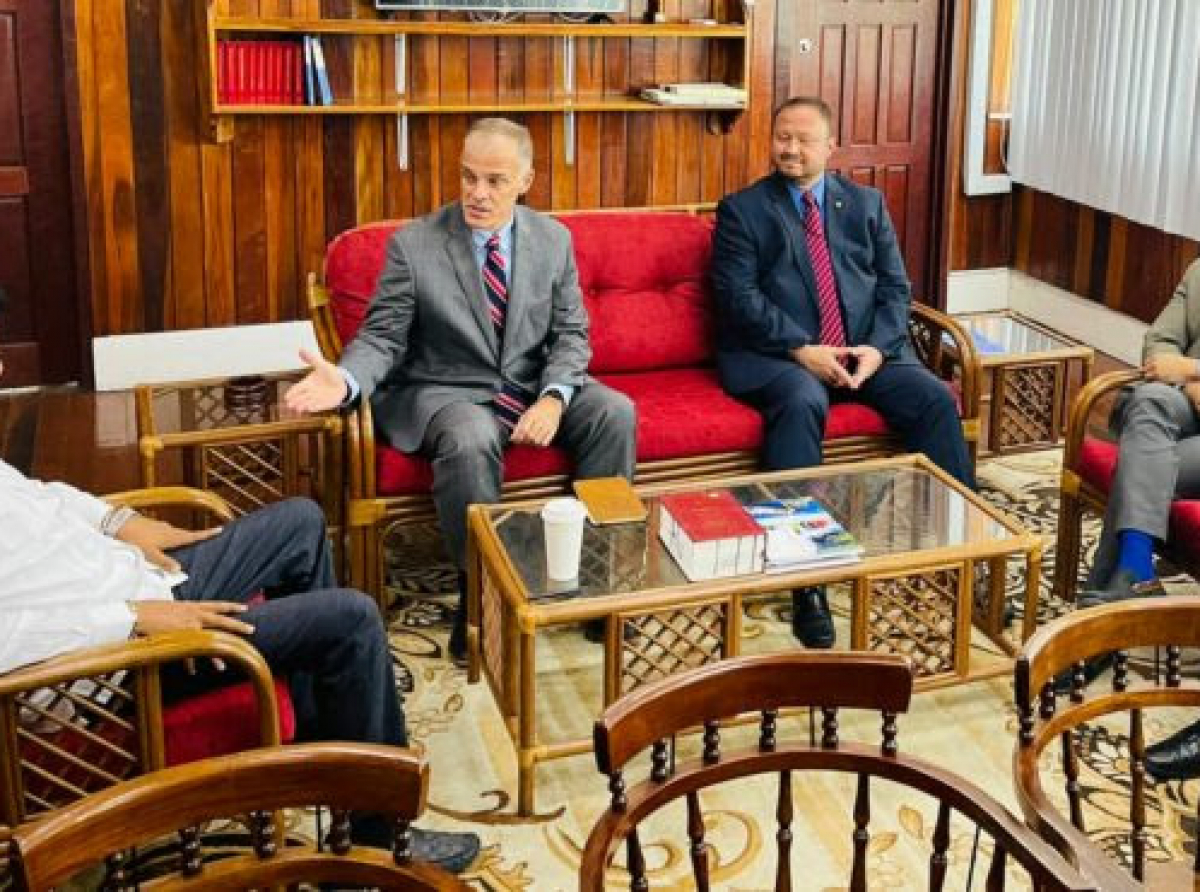 NEW YORK, New York – Twenty US-based Guyanese organizations have written to the United States Attorney General, Merrick B. Garland, urging that an investigation be carried out into what they claim be “acts of transactional repression” by Guyana’s Attorney General Anil Nandlall.

In their letter to Garland, a copy of which was obtained by the Caribbean Media Corporation (CMC), the groups, most of which are based in New York, said they want US Attorney General to probe “unlawful and nefarious attempts by the Attorney General of Guyana, Mr. Anil Nandlall, to use the United States Federal Bureau of Investigations (FBI) to target his critics, and personal and political enemies for revenge”.

The group alleges that Nandlall had “embarked on this endeavor in 2020, after Guyana’s People’s Progressive Party (PPP) was installed in government, pursuant to the March 2, 2022 elections.”

They alleged that Nandlall has evinced “a hatred and obsession with Black Guyanese American community leaders and Talk Show hosts in the US who criticize him.

“Consequently, Mr. Nandlall has continuously lied to the FBI that Guyanese residing in the United States, who condemn his, and his government’s racism, are using social media to incite racial hostilities and domestic terrorism in Guyana”.

The letter notes that Nandlall “has been providing names of his, and his government’s political enemies to the FBI in the hope that said individuals will be investigated without basis or probable cause under US law”.

The group noted that last Tuesday, Nandlall met with FBI Legal Attaché for the Caribbean Region, James Markley; FBI’s Assistant Legal Attaché Derek Kreitensteid; and Mayan Shih of the US State Department at his chambers.

Nandlall subsequently said, according to the Guyanese groups in their letter to Garland, that he asked the FBI team to take action against his political enemies, whom he accused of “using Social Media platforms, in particular the US, to spew racial hostilities and create ethnic strife among segments of the Guyana population, inciting and aiding and abetting riotous conduct and even domestic terrorism in Guyana”.

But the group insisted in their letter that Nandlall has been “employing this tactic in an attempt to intimidate Guyanese Americans citizens from exposing” alleged “PPP government’s corruption.”

“We are, therefore, constrained to respectfully request a thorough investigation into the aforementioned compelling allegations of Mr. Nandlall’s nefarious activities, which constitute a repugnant breach of US law on Transnational Repression,” said the group.