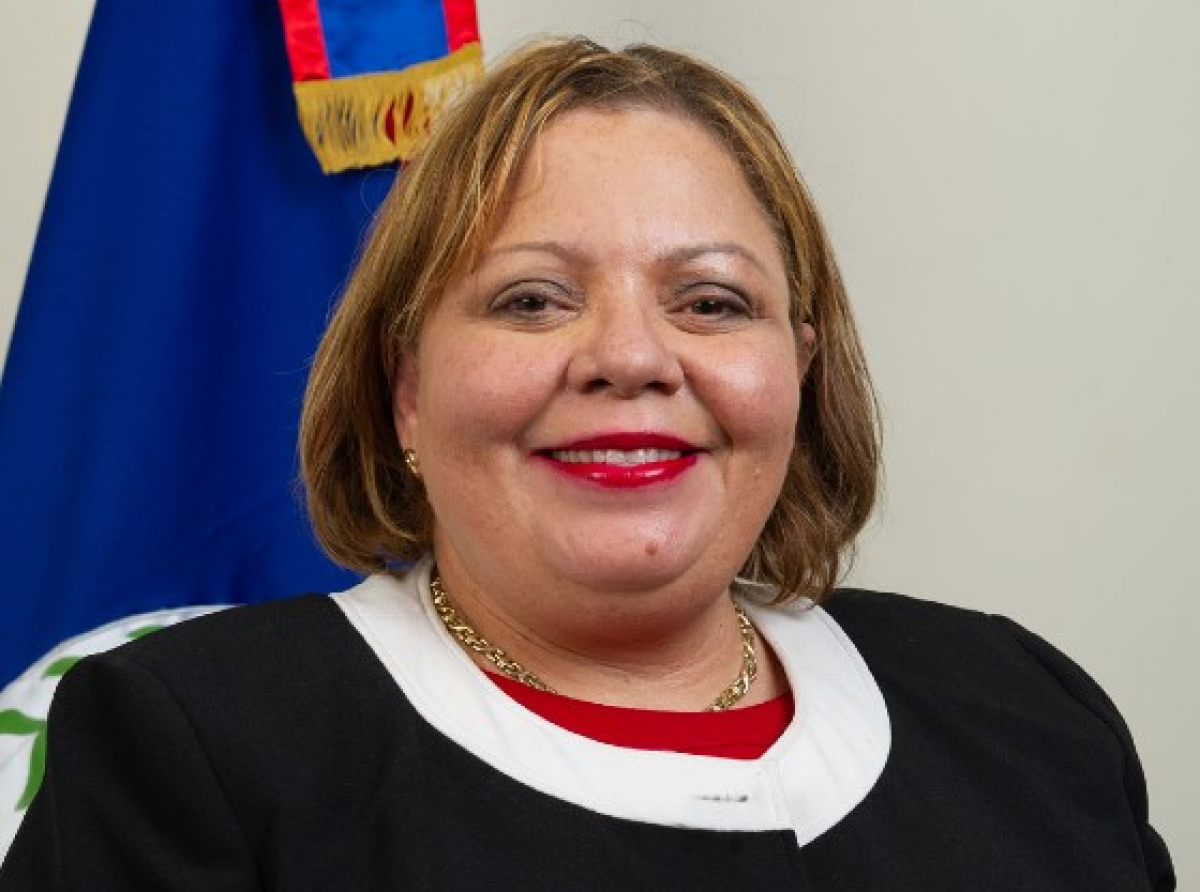 BELMOPAN, Belize – The parliamentary representative for the Albert Area, Tracy Panton says she remains confident of becoming the first woman to lead the main opposition United Democratic Party (UDP) that has been without a leader ever since former education minister Patrick Faber was forced to step down in the wake of a domestic violence incident earlier this year.

Panton is challenging Opposition Leader Shyne Barrow for the position when the UDP holds its leadership convention on March 27. A total of 517 delegates will elect the new leader for the UDP that was booted out of office in the November 11, 2020 general election, receiving just 38 per cent of the national votes counted.

“What I bring to the table (are) my experience, my contribution to nation building over a period of 38  years, my compassion, my ability to build consensus and to unite and build this party, my ability to stay the course even with great personal sacrifice and at a time of adversity.

“I think that’s the kind of leadership that this country needs at this time. And I hope that in the eyes of the delegates, they will be able to see those qualities in me,” Panton told television viewers on Monday night.

Panton, who served as a junior minister in the last UDP administration,  describes her ambition to be the next UDP leader as unprecedented, being the first woman who is contesting the leadership of a mass political party in the history of Belizean politics.

“I think it is unprecedented. Quite frankly and I think it would speak volumes about us as a society and us as a party in terms of really championing women in leadership, really looking at women in greater leadership roles, having a very clear seat at the decision-making table.

“But let’s be fair here. While that would be a tremendous achievement for Belize, I have put my name in the hat because I believe what I bring to the table is what this country needs at this time. It’s a plus. It may be a feather in our cap that I happen to be a female,

“ I am a woman – that’s very clear – but I think leadership qualities and skills, the experience, the expertise, the proven record of my contributions to this country, my integrity, the credibility I bring I think are really what we should be celebrating as citizens of this country,” he added.

Panton says she is “absolutely ready to take on the leadership of the United Democratic Party,” adding “I think it is important not just for the party, but for Belize.

“We need to have a stable, robust opposition so that we can hold the present government administration to account and we can also present a viable alternative for Belizeans in terms of good governance in this country. When I decided to offer myself as a candidate for the leadership position when the vacancy became available, I did so very thoughtfully, very prayerfully, and with the full support and the backing of my family.”

Panton, who took a week off from the campaign following the death of her husband, said that there is no “reason I think for me to back down at this stage.

“We certainly have had our personal adversity, it is going to take us a very long time to recover from the situation we find ourselves in – that’s for sure – but leadership is about pushing beyond the adversity.

“You don’t cower away if you are a good leader when adversity strikes, in fact you push forward. And I am absolutely sure that Herbert and my children would want me to continue in this fight. In fact… it was the very last conversation that he and I had. That I must continue being the warrior woman I was, to continue to fight for the party and continue most importantly to fight for Belize. So I am resolute in my commitment,” she added.

Meanwhile, Caribbean Women in Leadership (CIWL) has endorsed Panton for her “pioneering and audacious move to become Belize’s first female leader of a major political party”.

The organization, which was established in 1998 with the focus o monitoring, strengthening and increasing women’s political participation and leadership in the region through advocacy, networking, research and capacity-building initiatives, said that it wishes Panton the best in her bid for leader.