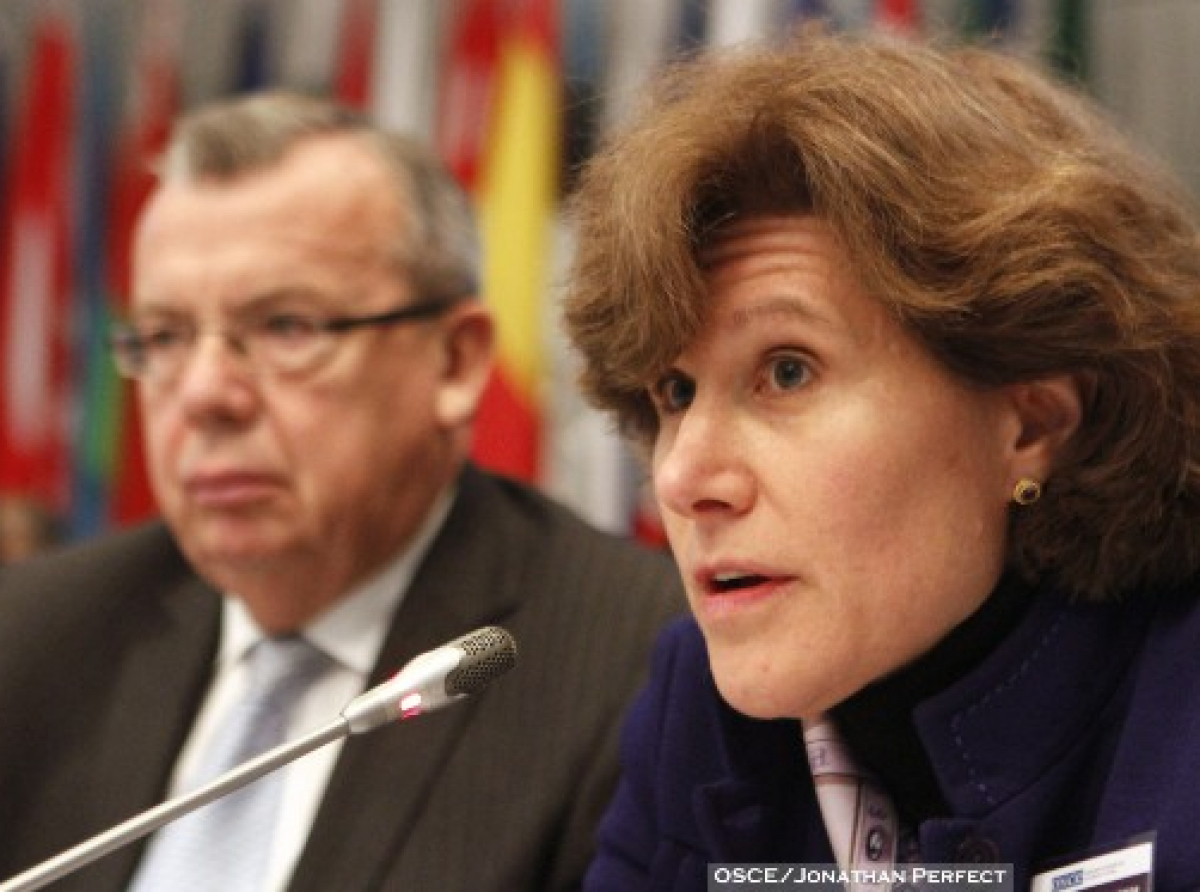 WASHINGTON, D.C. – The United States Department of State says Assistant Secretary of State for Conflict and Stabilization Operations Anne Witkowsky will travel to Haiti for talks with top Haitian officials and “a diverse array of Haitian stakeholders.”

On Friday, the State Department said that Witkowsky will visit the French-speaking Caribbean country from March 7-9 to meet with Prime Minister Ariel Henry and members of the Montana Group “in support of an inclusive, Haitian-led political dialogue.”

The Assistant Secretary will also meet “a diverse array of Haitian stakeholders” – including civil society and women leaders – “to reinforce the US Government’s long-term commitment to the Haitian people by promoting long-term stability and development, and to discuss US. support for Haitian solutions to issues facing the country.”

“The Assistant Secretary will also highlight the United States’ ongoing support for security-sector capacity building with Haitian officials and civil society representatives, and reaffirm our commitment to a Haitian-led restoration of democratic institutions,” the statement said.

In addition, it said Witkowsky will mark International Women’s Day with United Nations staff and Haitian women leaders “to recognize the vital role of women in conflict resolution and in the economy, and reinforce the US government’s commitment to strengthening gender equality and meaningfully engaging women as equal partners in economic, political and security decisions.”

Last month, United Nations Special Representative in Haiti, Helen La Lime, said that, despite some signs of progress in ending the political, economic and humanitarian crisis that has worsened across Haiti since the assassination of its president last year, the situation there remains “fraught and highly polarized.”

La Lime, who also heads the UN Integrated Office in Haiti (BINUH), told the UN Security Council that there is need for structural reforms to tackle gang violence, address impunity and corruption, strengthen the justice system and sustainably transform the Haitian economy.

“The contours of a common vision shared by all, will ultimately depend on Haitian stakeholders placing the national interest above their own aspirations,” she said. “Success will be determined by their collective willingness to compromise”.

The Special Envoy said the relative calm observed on February 7 – the date on which late President Jovenel Moïse’s term would have officially ended – was a good sign, telling ambassadors that the new government, unveiled on November 24, appears to have appeased tensions.

And while awaiting a revised electoral calendar, the BINUH chief noted that momentum seems to be building around “an inclusive, credible and effective Provisional Electoral Council”.

“Criminal armed groups have a strong hold on the economic and social lives of millions,” she said. “Their indiscriminate use of abduction, murder, as well as sexual and gender-based violence, as a means to terrorize local populations in the fight to extend their territorial control is particularly abhorrent.”

La Lime said that although the Haitian National Police have tried to stem the wave of violent crime, the “over-stretched, understaffed and under-resourced police force, cannot on its own curtail the alarming rise in gang-generated insecurity.”

Against this backdrop, the UN and Haitian Government have jointly resolved to strengthen international support, epitomized by the imminent creation of a multi-donor basket fund.

“The gang phenomenon cannot be addressed through policing alone”, said La Lime, elaborating on the need for a law-enforcement approach that incorporates greater control of illegal weapons, and is complemented by socio-economic projects and reintegration activities “aimed at generating employment and revenue in the neighborhoods most affected by the scourge of gang violence.”

The UN official commended the Haitian authorities on a national community violence reduction strategy that has, after years of closures, resulted in the reopening of several schools in the Port-au-Prince neighborhoods of Cité Soleil and La Saline.

“These successes offer hope that resolute and coordinated government actions will lead to the provision of additional basic services in these communities, as well as to their extension to other areas,” she said. “Our continued support is crucial to the success of this effort”.

She cited the 2020 assassination of Monferrier Dorval, the 2018 massacre in La Saline, and the “ghastly assassination” of President Moïse, whose stalled murder investigation has exacerbated “both suspicion and mistrust within the country”.

The Haitian judicial system suffers from “grave structural weaknesses” she said, that cripple the courts’ ability to “investigate, process and try cases”.

La Lime said while modest signs of progress are encouraging, more action is needed for new penal and criminal codes, and to ensure that judicial reform can be sustained over the longer-term.

She said the devastating earthquake of last August, which destroyed parts of the Southern Peninsula and killed 2,248 people, has added another layer of difficulty to an already dire humanitarian situation.

“It is now estimated that 4.9 million people, or 43 per cent of the country’s population, will be in need of humanitarian assistance in 2022,” La Lime said.

She urged all Haitian leaders to engage constructively with one another to steer the country towards elections and emerge from the “acute political and institutional crisis” in which it has been plunged.

In addition, the envoy urged the international community to continue to engage with the Haitian Government and others to create security and political conditions to hold national elections, and ensure structural reforms.

“Now is not the time to let Haiti fall off the agenda,” she stressed.