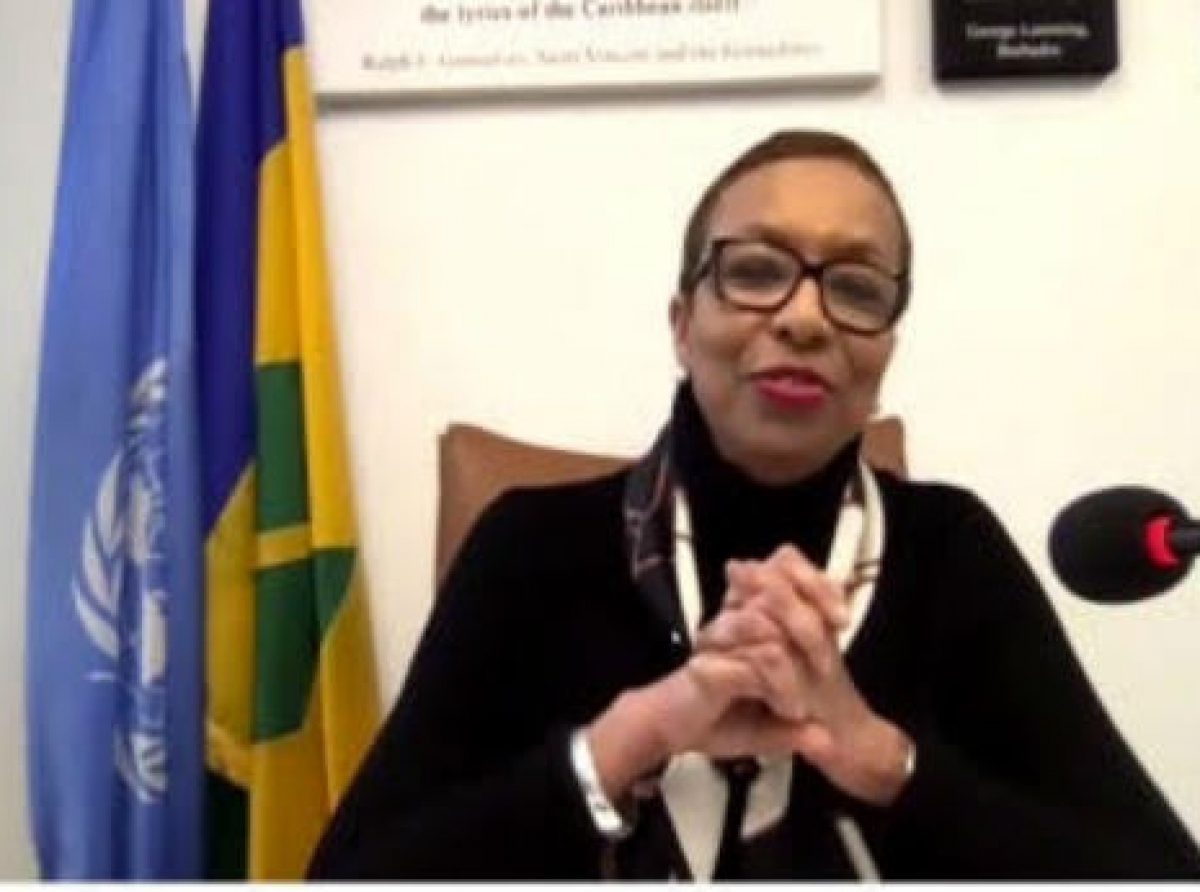 UNITED NATIONS, CMC – St. Vincent and the Grenadines Ambassador to the United Nations, Inga Rhonda King, Monday said she remains committed to a reform of the United nations Security Council, as her country assumed the chairmanship of that UN body.

Rhonda King, who has been at the UN for the past seven years, said she is also the chair and spokesperson for the group L-69 “which is a large group of reformed member states…all developing states.

“We are largely small states, island states. So I am very familiar with the discussions as they evolve over the years about the reform of the Council. I have a very healthy understanding of what the perceived weaknesses are about the Council and nothing has happened since to change that view.

“Nothing has happened to change the view as a reformer going into the Council since I have been there,” she told the dialogue

Reform of the United Nations Security Council encompasses five key issues and must be ratified by two-thirds of member states. All of the permanent members of the Security Council, which have veto rights, must also agree.

The argument of many critics of the United Nations Security Council is that it isn’t effective and that it needs to be fundamentally reformed. The loudest calls for reform come from those who believe that the inclusion of a host of new permanent members is the answer to the effectiveness deficit. Others argue that it is folly to suggest that the addition of new permanent members would amount to meaningful reform.

Since the end of the cold war, these reform debates, contorted by politics, have circled endlessly without any prospect of conclusion. With the creation of the ‘Open-ended Working Group on the Question of the Equitable Representation on and Increase in the Membership of the Security Council and Other Matters Related to the Security Council’ (the UN committee with the longest title), the debate became formalized and plans for reform subsequently proliferated.

Perhaps the most well recited argument for an expanded Council (with up to six new permanent seats) is the argument that the Council does not reflect contemporary power realities and should therefore be reformed to reflect the so-called new realities of the 21st Century.

St. Vincent and the Grenadines was official elected as a non-permanent member of the  United Nations Security and officially assumed its position on January 2, 2020 which will run for a period of two years; culminating on December 31, 2021.

On the situation in Venezuela, Ambassador Rhonda King said to the best of her knowledge “there have been no discussions in the backroom, in the corridors to treat with Venezuela under our presidency.

“So I will leave it at that, it is not on the agenda and it isn’t an issue that will be treated with during our presidency,” she maintained.

Washington has been seeking to support for the removal of Maduro, whom it accuses of human rights violations, engaging in fraudulent elections and is supporting the Opposition leader Juan Guaido as his replacement.

While Washington has the support of many countries in Europe, Russia, China and Cuba are backing Caracas and the 15-member regional integration grouping, CARICOM, has said it it abides by its policy of non-intervention and non-interference in the internal affairs of the South American country.