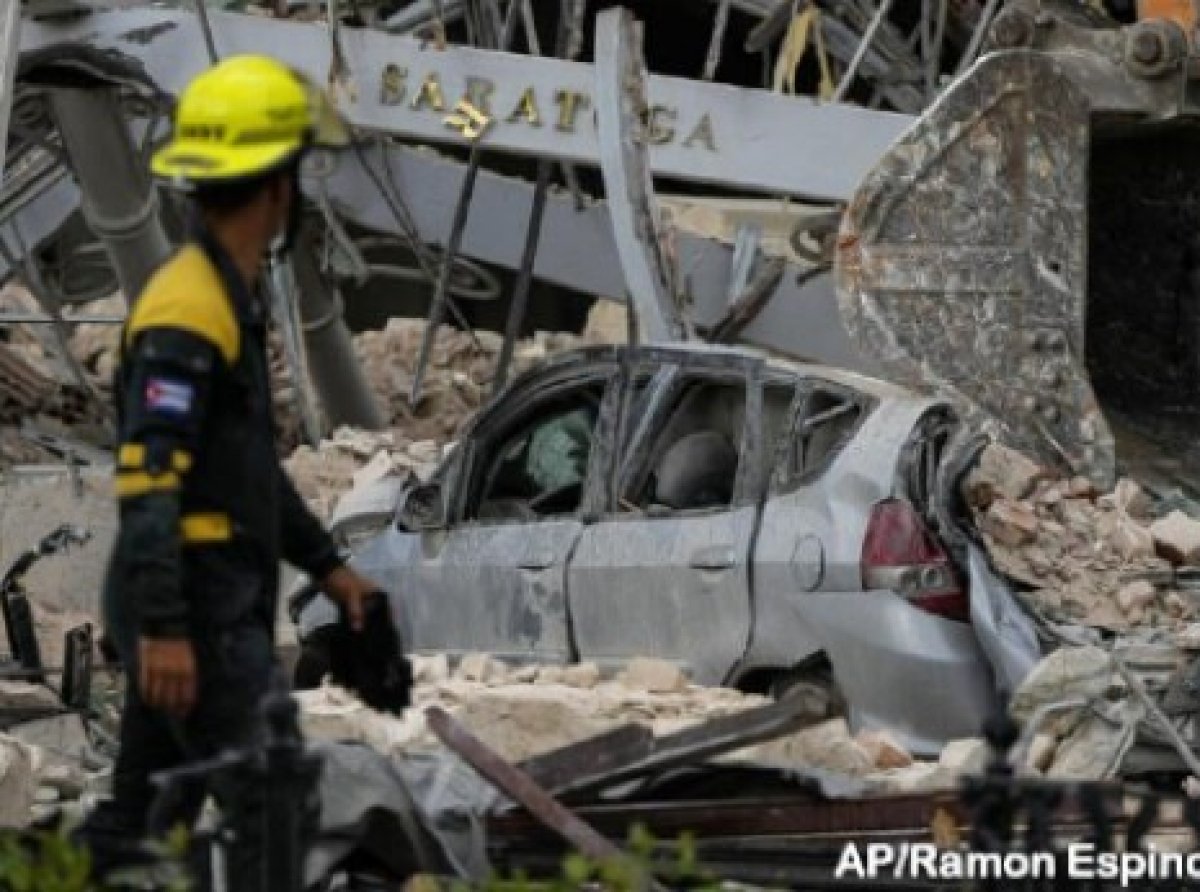 HAVANA, Cuba – In the aftermath of Friday’s explosion at the Saratoga Hotel that led to the deaths of 22 people and left dozens injured, several countries are expressing solidarity with the government of Cuba.

“Our solidarity with brother President @DiazCanelB and with the Cuban people for the explosion that occurred in the Saratoga Hotel, which left dead and dozens injured. We send our condolences to the families of the victims and all our support. Strength #Cuba.”

“Go to the People and Government of Cuba, and to the families and relatives of the victims, the solidarity of the Bolivarian Venezuela!!!”.

Marcelo Ebrard, Mexico’s Secretary of Foreign Affairs, regretted the event, expressed his solidarity with the victims and their families and asserted that President Andrés Manuel López Obrador’s visit to Cuba, set for this weekend, is still on.

The planned tour continues as planned, said Ebrard in reference to López Obrador’s current tour of Central America and the Caribbean, which includes a working visit to the Cuban capital on Sunday.

“I regret the explosion at the Saratoga Hotel in Havana, Cuba. Our solidarity to the victims and those affected as well as to the people of that dear brother nation. The planned tour continues as planned.”

Ma Hui, Chinese ambassador to Cuba, extended the deepest condolences to the families who lost loved ones in this tragic event.

"Our hearts are broken," he said.

Manu Pineda, Member of the European Parliament, also expressed his opinion on the incident and sent all his affection and solidarity to the Cuban people in general and to the families and friends of the victims in particular.

On Friday, Cuban President Diaz-Canel visited the site of the explosion and the Hermanos Ameijeras hospital.

He stated that said the explosion was “not a bomb nor an attack, it’s a regrettable accident.”

The Saratoga hotel was built at the end of the 19th century and, by the 1930s, it was one of the most important hotels in the city. It has 96 rooms since reopening in 2005 after refurbishment.