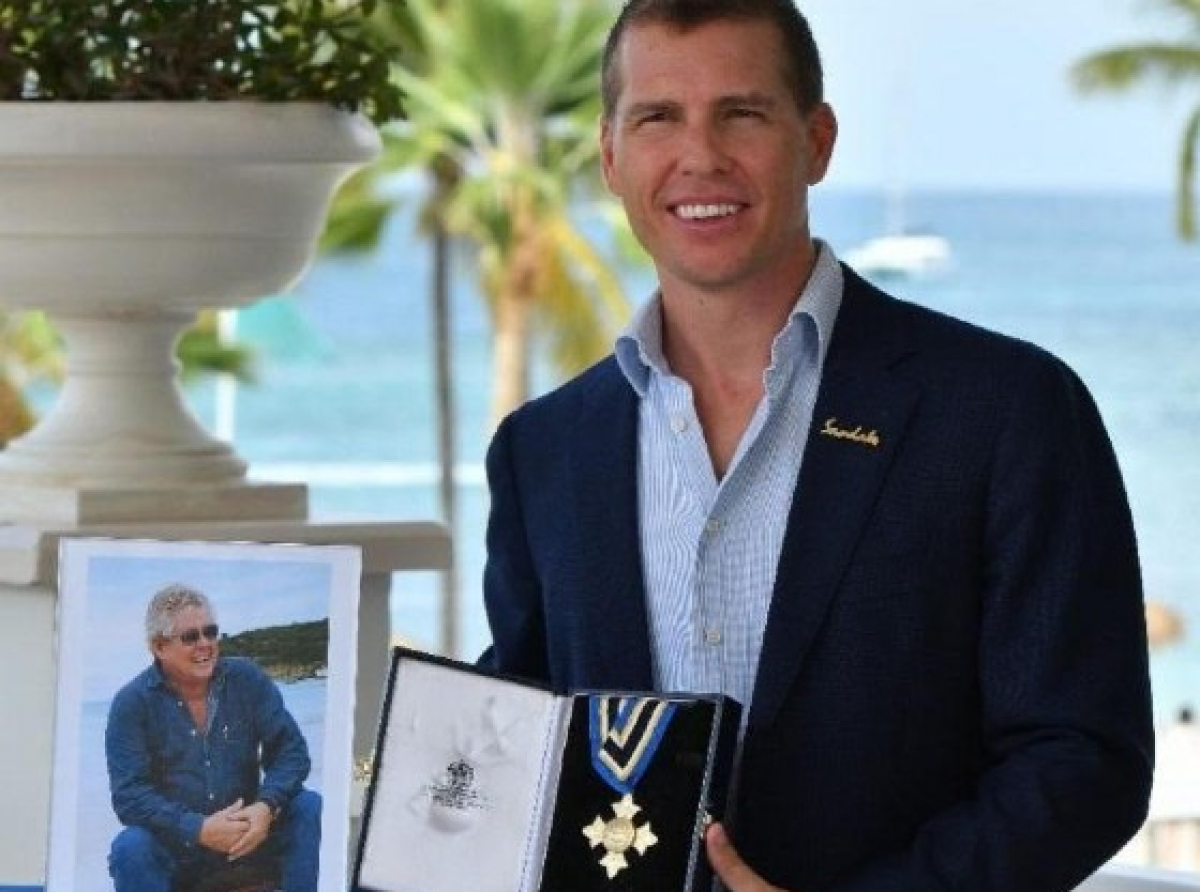 The announcement was made as the Caribbean nation marked its 42nd Anniversary of Independence on February 22nd, 2021 and will be officially presented on Sunday, March 7th, 2021.

The late founder was lauded for distinguished service in the field of tourism, entrepreneurship and philanthropy, and is among only ten other recipients to receive the distinguished honor since its inception in 2005.

In accepting the award on his late Father, Adam Stewart CD, the Executive Chairman of Sandals Resorts International, expressed his deep appreciation and thanks to the Governor General, Prime Minister and people of Saint Lucia, and said his family was very humbled to accept the award. “My dad has held a special love for Saint Lucia and its people for almost three decades, since he first came here. We are extremely grateful to the people of Saint Lucia for recognizing the contribution he has made to the development of the island and I know he would be extremely proud to have received such an honor. But I also know that the investment he made in Saint Lucia was always a labor of love, and that it was his privilege in contributing to making Saint Lucia one of the most sought-after holiday destinations in the world, and I wish to assure all our incredible team members as well as the entire country that