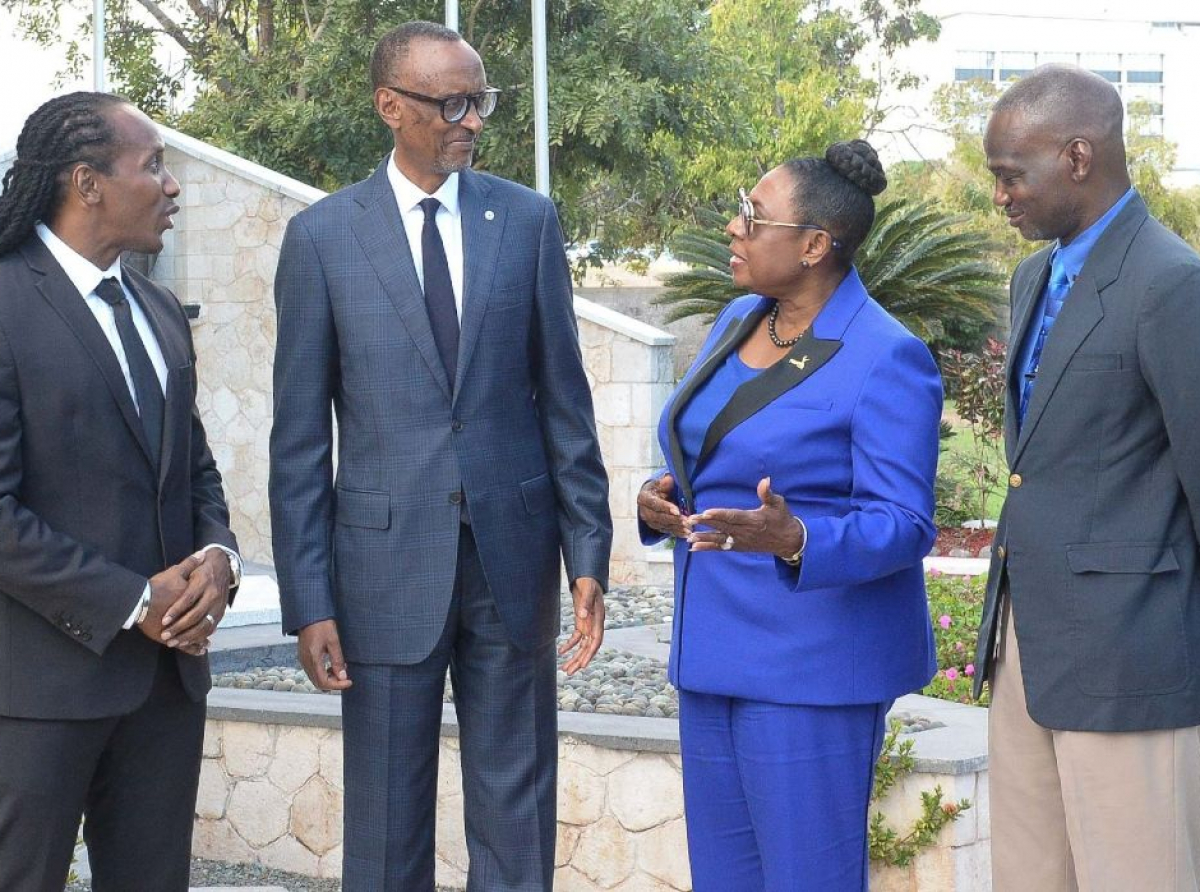 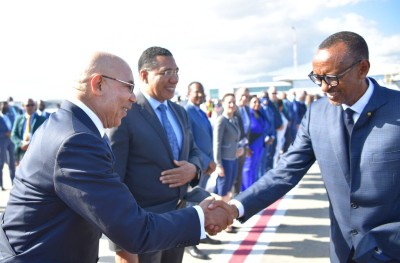 President of the Republic of Rwanda Paul Kagame (right) greets Governor-General Sir Patrick Allen (left), who stands next to Prime Minister Andrew Holness who welcomed the leader of the Central African nation on his first official visit to the island. (Photo: Yhomo Hutchinson)The Office of the Prime Minister in a statement said that the visit of Rwanda’s sixth president which comes during the year of Jamaica’s 60th anniversary of Independence, represents an important opportunity for the deepening of bilateral relations between the countries.

It said the visit will also help to reinforce “the steadily burgeoning relationship between the African continent and the CARICOM region”.

He was then escorted by the CDS to the National Dais for the playing of Rwanda’s National Anthem, followed by an inspection of the Guard of Honour, formed by the First Battalion, Jamaica Regiment and then introduced to government officials by the Prime Minister.

On Thursday, President Kagame is scheduled to address a joint sitting of the Houses of Parliament at Gordon House, after which he will lay a wreath at the shrine of Jamaica’s first National Hero Marcus Garvey.

On Friday, he will meet Holness at the Office of the Prime Minister, where they will sign a memorandum of understanding after bilateral talks.

A one-hour government-to-government panel discussion is scheduled for 1:00 pm, after which Kagame and his delegation will depart the island.