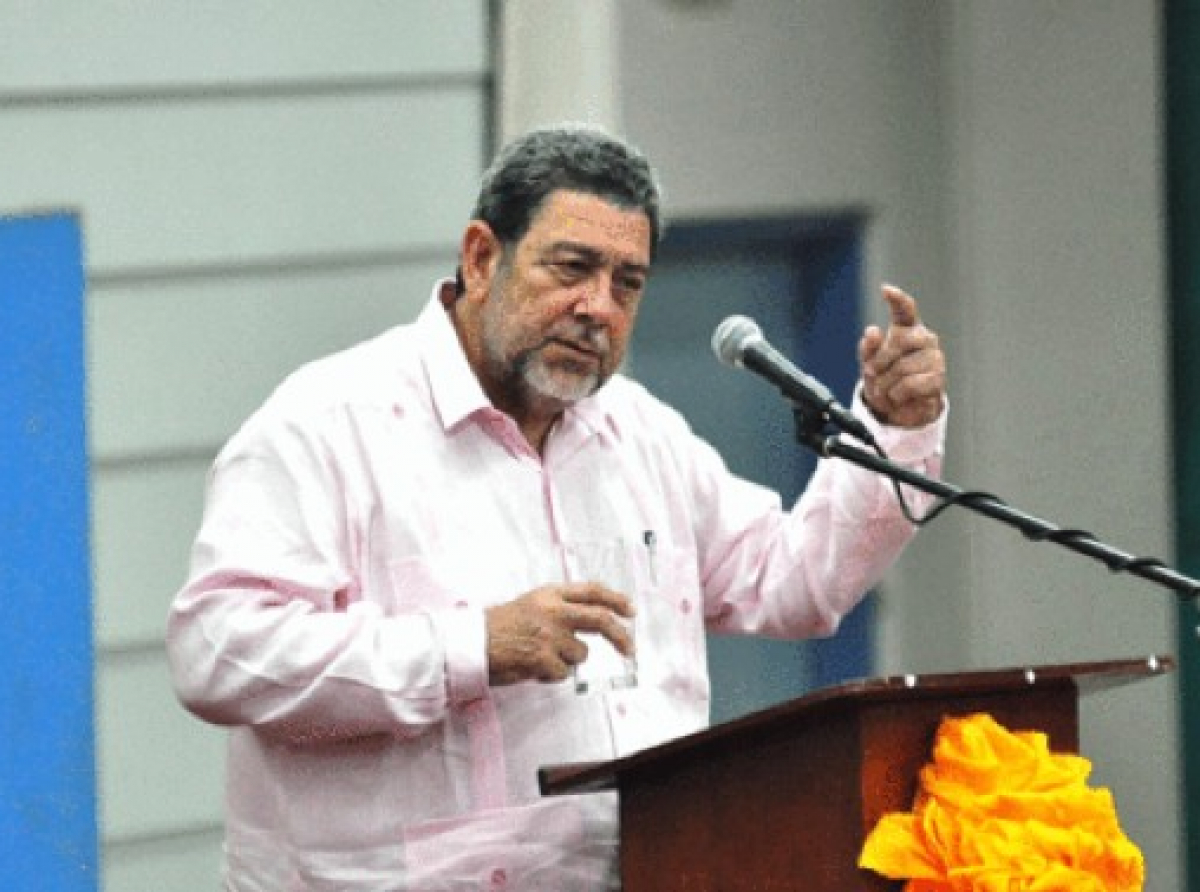 KINGSTOWN, St. Vincent – St. Vincent and the Grenadines Prime Minister Dr. Ralph Gonsalves says that reports that Russia has readied its nuclear arsenal amidst the ongoing conflict with Ukraine represents a “very dangerous, and unacceptable acceleration and escalation” of the situation.

Gonsalves, speaking on a radio program here, said that he had sent a “private letter” to Russian president Vladimir Puttin regarding the invasion of Ukraine, but did not disclose the contents of the communication.

He said St. Vincent and the Grenadines’ Ambassador to the United Nations, I. Rhonda King had sent to his office a communique from Moscow to all heads of UN missions.

“And I didn’t see anything, any mention of that in the letter and they were explaining their position on several things, giving assurances about this or that. But the best assurances could be given now is for us to have peace,” Gonsalves said, referring to the alleged threat of use of nuclear weapons.

St. Vincent and the Grenadines last December ended its two-year term on the United Nations Security Council and Gonsalves in his “private letter” said he had written “about what they called a special military operation in the Ukraine”.

Gonsalves has said he “may or may not make that letter available to the public. And that is why I said it was private,” amid criticism in some circles here that the communication is a personal rather than state-to-state approach to the conflict.

Prime Minister Gonsalves told radio listeners that if he releases the letter, it would be “at the moment of my choosing, because I don’t come to diplomacy, always in public”.

He said he wanted Putin “to understand how the leader of a small island developing state sees this quote unquote, special military operation, as what they call it.

“But they think I would write a letter and don’t specify in it the sacrosanct nature of the principles of the United Nations Charter which are being broken here?”

He reiterated that the CARICOM statement spoke for St. Vincent and the Grenadines also. CARICOM, a 15-member bloc of Caribbean states, has issued a statement strongly condemning “the military attacks and invasion of Ukraine by The Russian Federation”. Some heads of government within the bloc have further issued separate statements condemning the violence.

Gonsalves, who recently returned to St. Vincent from three weeks of official business, which took him to Dubai, London and Doha, said he had briefed a representative of the British government.

“I can tell you, there was appreciation for what I have done because you’ll have to decide when a particular issue arises.”

Addressing his local critics, which include the parliamentary opposition, Gonsalves said: “are you going to join an echo chamber openly or you’re going to draw something to the attention of a leader who you’ve been in communication with and him with you on matters before and, in fact, other leaders in the world”.

Gonsalves, who, on March 28, marks 21 years as prime minister of St. Vincent and the Grenadines, said that he does not make public the contents of every letter he writes to another head of government.

“And that’s why we are able to speak, frankly, to a number of leaders in other countries about our position and we explain what we do,” Gonsalves said, noting that the United Nations General Assembly, on Monday, began debating a resolution on the Russia-Ukraine conflict.

“And I don’t want to pre-empt our ambassador, but she would make a statement and when we vote, you will see how we vote. That is the first occasion that a vote arises and we have a vote to cast…

“But if the opposition wants to be a self-satisfying member of an echo chamber of this or that government, they can do that. St. Vincent, we are friends of Ukraine. You know what we want to see? We want to see peace.”

Prime Minister Gonsalves said that in the letter to Putin, he pointed out that even if the  articulation by Russia that they have legitimate security concerns and even if their perspectives on what has been happening in the Donbass region over the last eight year years, are taken at the highest in favor of Moscow, “the Russian Federation they do not reasonably justify driving a veritable horse and chariot through the UN charter, with the time honored principles of peaceful settlement of disputes, multilateralism, non-interference, sovereignty and independence.

“These are things which are germane and central to us as a small island developing state. and with all the challenges in the world, we are also going to be affected,” he said, noting the likely impact of the conflict on oil and commodity prices, including wheat.

“And you will hear the statement at the general assembly … by our ambassador, which would be reflective of the letter which I wrote,” Gonsalves said.