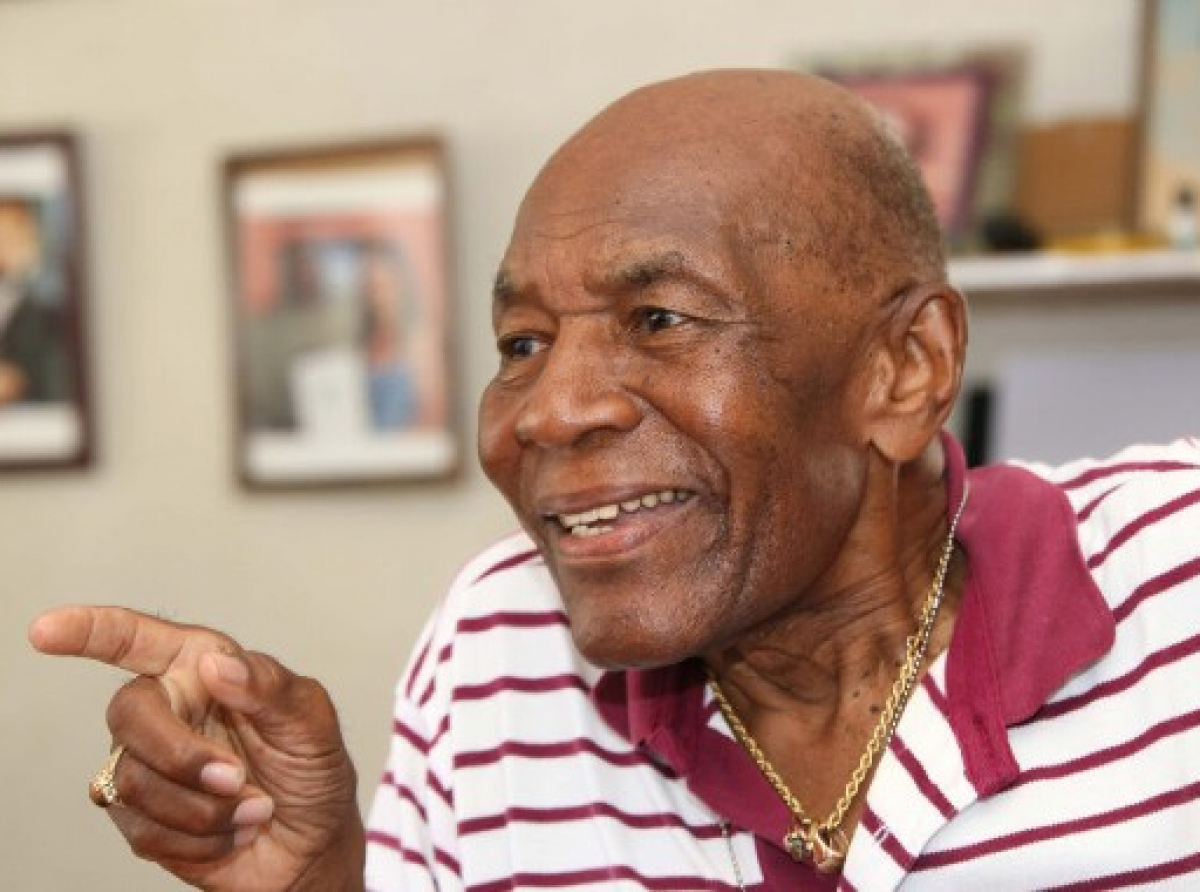 Mrs. Jones told the Caribbean Media Corporation (CMC) on Wednesday that her husband died at Mt. Sinai Hospital in Brooklyn. He was 89.

He declined to state Jones’s cause of death, but Tony Best, a prominent Barbadian journalist, who resides in Forest Hills, Queens, New York, wrote in the Nation that Jones had sustained “a prolonged illness.”

Best wrote that Jones had “contributed to the Barbados Advocate for about 20 years and the Nation newspapers for at least a quarter of a century.

“He was also known to many parliamentarians, sports figures and cultural figures, and published some of his work in a book, entitled ‘The Man and His Camera’”, Best said.

Mrs. Jones, who resides in Brooklyn, said she and her husband were of the same age and that they were married for 50 years.

She said her husband hailed from St. Michael, the Barbadian capital, and that she was originally from the neighboring parish, Christchurch.

“I missed my husband,” she said in an expected somber voice. “He was the only person for me. I can’t take it. It’s sad, it’s hard. Clyde was a very, very nice person. I really miss him. Rough!

“It hurts, it hurts, it hurts,” she blurted out. “It brings tears to my eyes. Clyde was my soul person, my heart. And I know he loved me. I can’t stop loving him. He was a very nice person to me, but God knows best.”

Mrs. Jones said she regretted that she was unable to be at Jones’s side when he took his last breath.

“They (paramedics) took him (to the hospital), and I was not there (at his bedside),” she said. “They took him the morning (Saturday); and it gave me the shock, and it knocked me completely out.

“I never thought he’d be gone,” Mrs. Jones added. “I was not prepared for Clyde to go (and) leave me. But we have no control of our lives. God has control.

“I’ll take a long time to get myself back together,” she continued. “I have to leave everything in His hands. God knows best.”

Mrs. Jones said while funeral arrangements are yet to be finalized, her husband will be interred in Barbados.

“No one is going to stop me (from going to Barbados for the funeral and burial amid the COVID-19 pandemic),” she said. “That’s my husband.”

Mack Holder, Barbados’ Consul General in New York, told the Nation that “Clyde was a stalwart, a pillar of the Barbadian community in New York and elsewhere.

“He was irrepressible and was everywhere, and was present at anything to do with Barbados,” Holder said. “He did a tremendous amount of work to publicize Barbadian events and kept Bajans well informed. He was always fully supportive of the Barbados Consulate General.”

Everybody’s Magazine, a Brooklyn-based Caribbean magazine, owned and published by Grenadian Herman Hall, said Jones was also one of its photographers.

It said that Jones had released the 2nd edition of his “picturesque book, ‘The Man and His Camera.’”

“’The Man and His Camera’ is a collection of photographs that Jones took for over 40 years,” Everybody’s magazine said. “Forty years is a long time. It makes ‘The Man and His Camera’ a history book that presents a sweet slice of the history of the Caribbean in photos during the last four decades. The book has 184 pages with nearly 400 memorable pictures.

“As Mr. Jones remarked at the New York launch, ‘I have visited many places from Rome to South Korea, but, regardless to how beautiful they are, I always look forward to get back to my home, Barbados,’” the magazine added. “It is not surprising, therefore, that ‘The Man and His Camera’ captures the history of Barbados and Barbadians residing in the Caribbean Diaspora.”