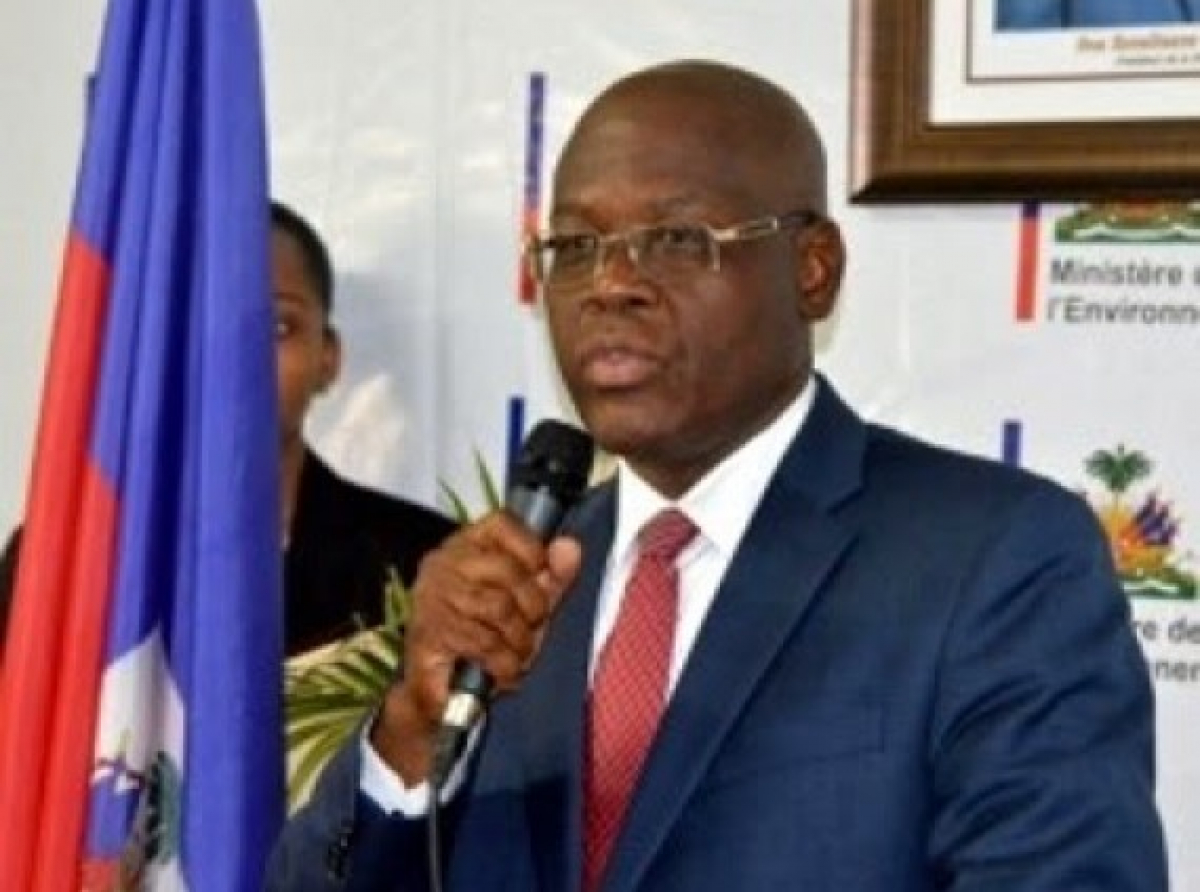 PORT AU PRINCE, Haiti, -Prime Minister Joseph Jouthe has announced his resignation with President Jovenel Moise saying that his departure “will make it possible to address the glaring problem of insecurity” in the French-speaking Caribbean Community (CARICOM) country.

Jouthe took to social media early Wednesday morning to announce that he had submitted his resignation to Moise. His resignation comes after only year in the job. He was appointed prime minister in March 2020 by presidential decree and without a political agreement with the country’s vocal opposition.

His appointment came two months after Moïse began ruling by executive order after the terms of most members of Parliament expired. Moïse had unsuccessfully spent a year trying to get two different prime ministers through Parliament after the Lower Chamber of Deputies fired Prime Minister Jean Henry Céant on March 18, 2020.

“I submitted my resignation to the President of the Republic, His Excellency Mr. Jovenel Moïse. It was an Honour to serve my country as Prime Minister. I thank the members of my Government, the technical and financial partners for their collaboration. May God bless Haiti,” he wrote.

In an immediate response President Moïse wrote “The resignation of the Government, which I accepted, will make it possible to address the glaring problem of insecurity and to continue discussions with a view to reaching the consensus necessary for the political and institutional stability of our country”.

Haiti is facing a constitutional crisis with many Haitians saying they no longer recognize Moïse because they believe his term expired on February 7 under the current constitution.

However, it said it remains ready to encourage any other initiative of dialogue which tends towards a peaceful solution of security crisis in the country.

On Monday, Jouthe had called on “all components of Haitian society, branches of civil society, chambers of commerce, all religious denominations, political parties…to provide their help and support in the fight against insecurity”.

Jouthe had also announced that instructions have been given to the national police to deal urgently with the kidnapping of the five priests and two nuns over the last weekend.

The US State Department earlier this week issued a level 4 alert for Haiti “Do not travel”, due to kidnappings, crimes, civil unrest and the coronavirus (COVID-19).

“Kidnapping is widespread and victims regularly include US citizens. Kidnappers may use sophisticated planning or take advantage of unplanned opportunities, and even convoys have been attacked. Kidnapping cases often involve ransom negotiations and US citizen victims have been physically harmed during kidnappings. Victim’s families have paid thousands of dollars to rescue their family members,” Washington said.

It said that violent crime, such as armed robbery and carjacking, is common.

“Travellers are sometimes followed and violently attacked and robbed shortly after leaving the Port-au-Prince international airport. Robbers and carjackers also attack private vehicles stuck in heavy traffic congestion and often target lone drivers, particularly women. As a result, the U.S. Embassy requires its personnel to use official transportation to and from the airport.”

“The US government is extremely limited in its ability to provide emergency services to US citizens in Haiti – assistance on site is available only from local authorities (Haitian National Police and ambulance services). Local police generally lack the resources to respond effectively to serious criminal incidents.”