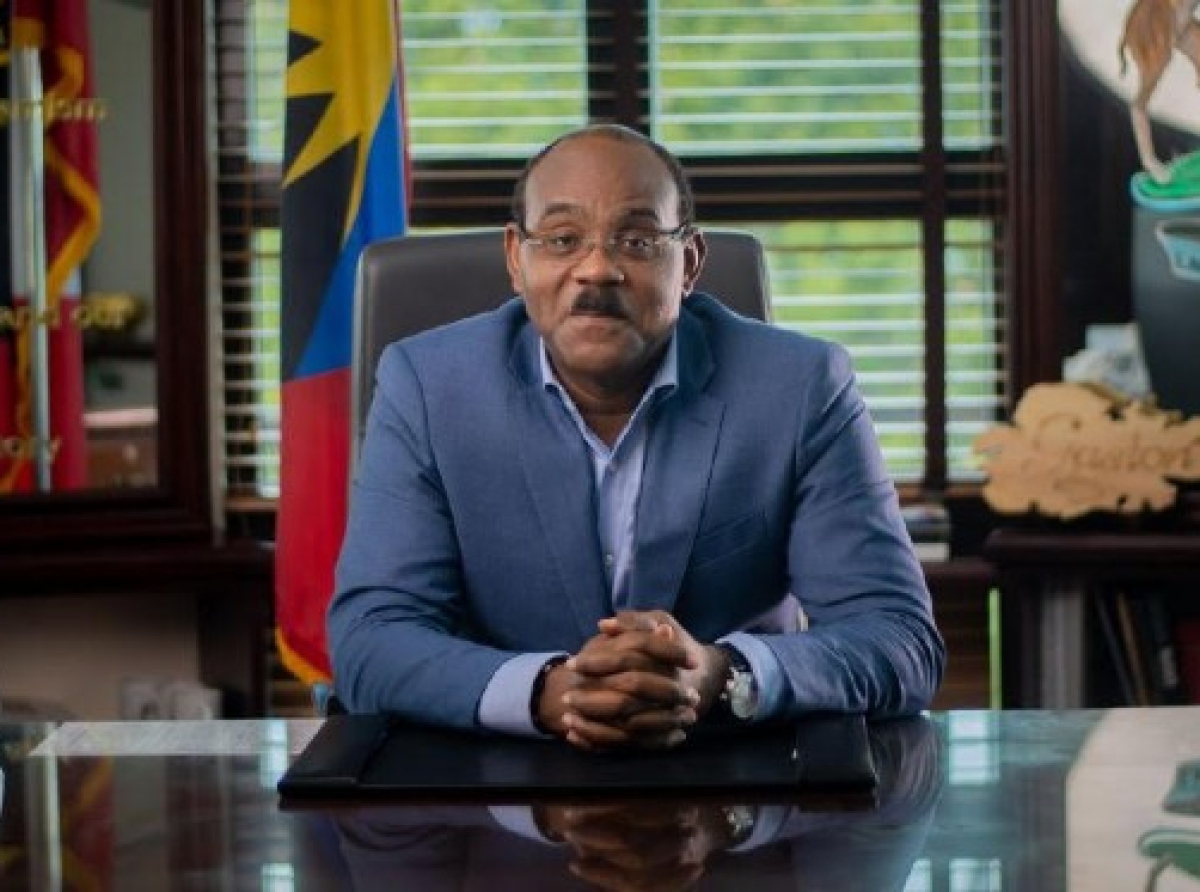 ST JOHN’S, Antigua – Gaston Browne was Thursday morning sworn in as Prime Minister for an unprecedented third consecutive term and with a reduced majority in Parliament, he said he would have a smaller, more nimble Cabinet this time around. 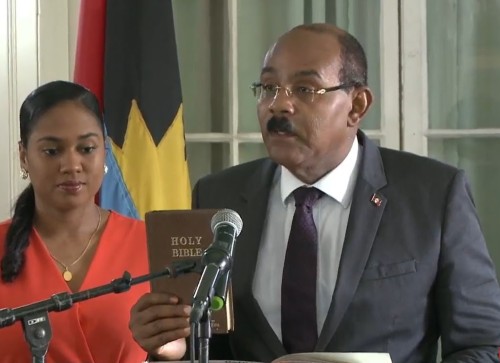 Prime Minister Gaston Browne takes the oath of office as his wife Maria Browne looks on.Browne, who is also Minister of Finance, Corporate Governance and Public Private Partnerships, took the oath of office at a brief ceremony at Government House, along with Attorney General Steadroy Benjamin, less than 24 hours after his Antigua and Barbuda Labour Party (ABLP) won nine of the 17 seats in Wednesday’s elections.

The other members of the Cabinet are expected to take their oaths on Friday.

Speaking to state-owned ABS Television after being sworn in, Prime Minister Browne said he would have “a very small Cabinet”.

“I do not believe in bringing in a lot of senators to make ministers. So, you will have a smaller, more nimble Cabinet and I’m quite sure based on the expansive experience among members of the Cabinet that they will continue to deliver for the people of Antigua and Barbuda,” he said.

Reflecting on the fact that the ABLP was heading into Parliament with six fewer seats than it had following the 2018 general elections, Browne said the party was aware that securing a third term would be difficult and was compounded by “relentless opposition propaganda” as well as the residual challenges of the COVID-19 crisis which included “issues over which we had no control”.

“There were some attendant issues associated with the crisis. There was an escalation in unemployment and we know that people were feeling the pressure, they had to deal with increase with prices, fuel prices, and we understand that they had concerns and they had to really place their anger somewhere and they came to us and we accept, we understand,” he said.

“But the good thing is they did not vote us out of government. So, we thank them for their mercy and we thank God as well for his guidance and his protection. And I believe that God is with us. And we’re just so grateful to be able to continue to preside over the governance of the country, especially from the standpoint that I think, at this time, we are really poised to take the country to the next level of progress and prosperity.

“I’m of the view that a governance change would have retarded progress and resulted in some level of retrogression,” he added.

Of the eight other seats up for grabs, the main opposition United Progressive Party (UPP) won six – five more than it did in the 2018 polls – while former government legislator Asot Michael who ran as an independent emerged victorious, and the Barbuda People’s Movement (BPM) retained the seat on the sister isle.

The Prime Minister said his new administration would be focused on continuing to build out the socioeconomic infrastructure and one of the major projects this year would be expanding the University of the West Indies Five Islands Campus which will begin within a matter of months.

Additionally, he said his government will pursue an aggressive urban renewal program, improving the housing stock to begin the process of ridding the country of dilapidated wooden houses.

As for his priorities in the new term, the Attorney General said he would be “looking to prisons as my number one situation and I shall be getting the legal framework of Antigua and Barbuda in place”.

Benjamin admitted he was surprised at the ABLP’s slim margin of victory as he believed the government “had done enough to have gotten a very easy victory”.

However, he added that the people wanted to send a strong message which Prime Minister Browne would listen to.