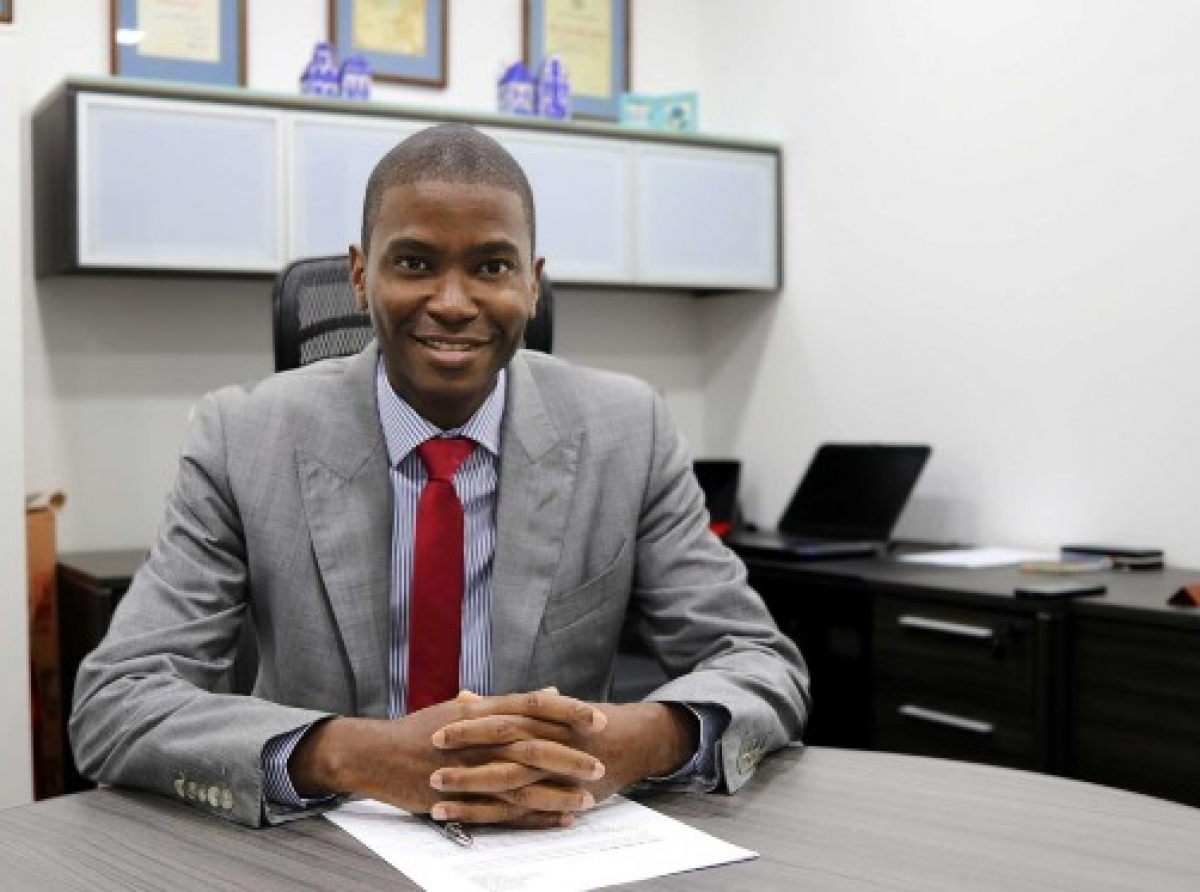 Mitchell, 44, who in October last year took over the leadership of the NDC that in the last two general elections had been trounced 15-nil by the NNP, said that he was confident that his new administration is capable of transforming the fortunes of this CARICOM state.

“Remember, if we can transform the National Democratic Congress in eight months and legally and peacefully take the seat of power, then we can transform the state of Petite Martinique, Carriacou and Grenada in five years, in 10 years in 15 years,” he told jubilant supporters at a celebratory rally during the early hours of Friday.

“So that is the goal that is the mission. The mission is to ensure that the National Democratic Congress for the next 15 years transforms the lives of each and every citizen of Petite Martinique, Carriacou and Grenada and we need all of us to join together in that mission.

The preliminary results released by the Parliamentary Electoral Office (PEO) showed that the NDC had won nine of the 15 seats in the Parliament with the NNP, which had been seeking a third consecutive term in office, winning the remainder.

The 75-year old outgoing prime minister, who is one of the longest serving heads of government in the 15-member CARICOM region, had urged supporters to give him a final victory as he prepared to ride out into the political sunset.

Mitchell, who had led the NNP to 15-nil sweeps in the last two general elections, had called the poll ahead of the March 2023 constitutional deadline hoping to capitalize on a disjointed NDC that had been rejuvenated under its new leader in October last year.

Mitchell comfortably won his St. George North West seat, polling 2,211 votes as against 773 for Jonathan LaCrette of the NDC.

But the results were a disaster for several government ministers including the Foreign Affairs Minister, Oliver Joseph, the Finance Minister Gregory Bowen, the Minister of Legal Affairs Kindra Mathurin-Stewart, the Minister with responsibility for Forestry and Fisheries, Alvin Da Breo, as well as the Minister for Infrastructure Development, Nolan Cox and Pamela Moses, the Minster for Information and Communications Technology, all lost their seats in the polls.

The NNP’s general secretary, Ronald Bhola, in conceding defeat congratulated the NDC on its victory.

“From the results we have heard so far, it is apparent they have won nine of the 15 seats in the general elections, so congratulations to them,” he said, adding that general elections are like a contest.

“We did what we had to do…the results will definitely allow us to go back to the drawing board to examine areas where we thought we had strength and others where we had weakness(es). There is definitely going to be an audit of the results.

“We felt we had more to offer Grenadians than the National Democratic Congress,” he added.

As he addressed supporters on Friday, the prime minister-elect said he would be putting on his “suit” which he had been asking supporters during the campaign to identify among several others, when he approaches the Head of State later on Friday.

“When I put on the suit, we are going to fight and work for the people of Petite Martinique, Carriacou and Grenada. So once it is suit time it is work time.

He told Grenadians that the first priority of his administration will be to get the agricultural sector on a better footing with the first project being the getting the nutmeg industry much more viable.

“I want us to start by getting the nutmeg plants, getting the clove plants…because remember project number one is that we are going to replant all of the spices of Petite Martinique, Carriacou and Grenada.

“So come Monday we are going to work once the Governor General invites me to take the oath of office we will put on the suit,” he told cheering supporters.

Regional political scientist, Peter Wickham, who had earlier warned of a “revolution” in the outcome of the elections, said it was “a good performance” by the NDC and Mitchell to turn around the fortune of the party following the results of the last two polls.

“I am excited at the possibilities because it can be transformative, it can also be momentarily, but let’s hope for his sake and also for the sake of Grenada he is able to do a lot of the things that have needed doing for a long time,” Wickham said, praising the work the outgoing prime minister had done for Grenada over the decades he had been in office/

In a message posted on its website, the NDC said “we are overwhelmed with gratitude and stand humbled before the Lord our God and you, the people of Grenada, Carriacou & Petite Martinique.

“Thank you from the bottom of each and every one of our hearts. This victory is not ours, but yours.

Now, the hard work begins…Together, we are moving Grenada FORWARD”.