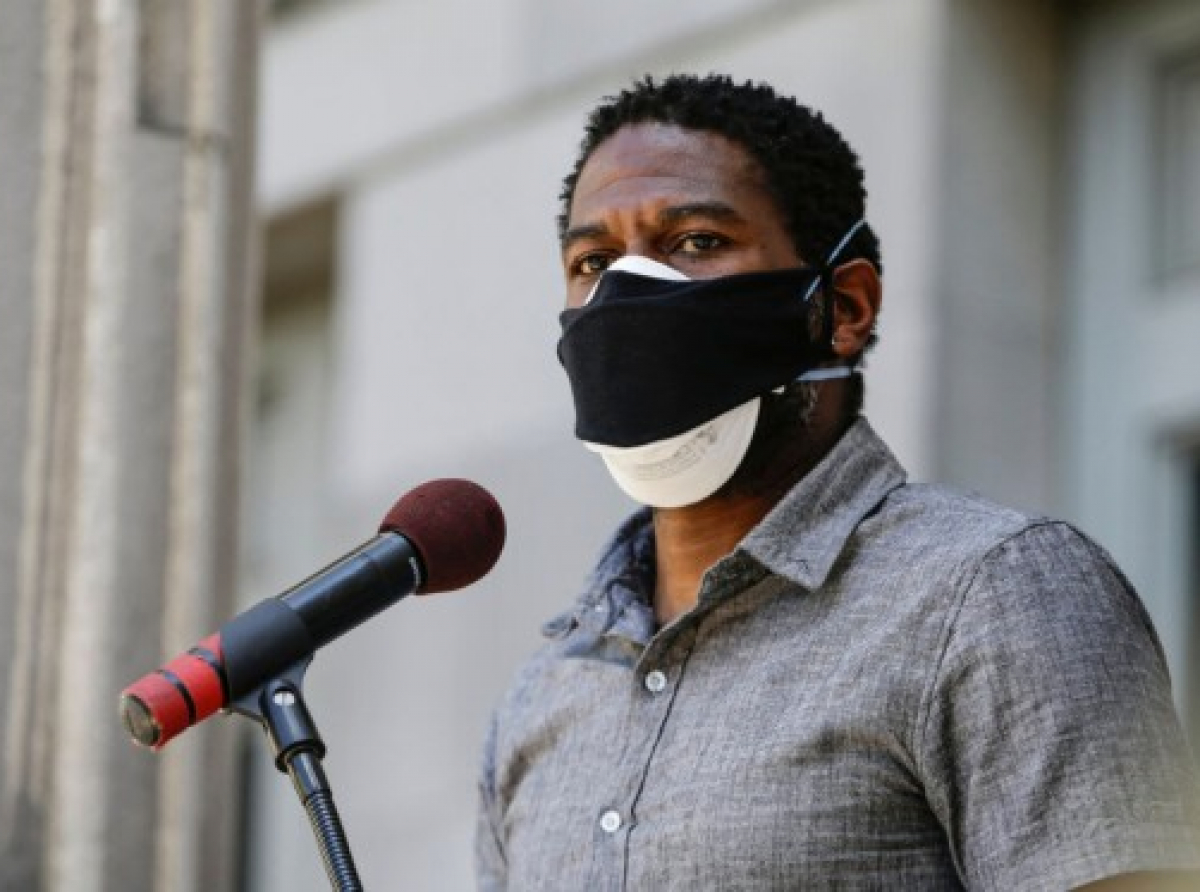 NEW YORK, New York – Caribbean American New York City Public Advocate, Jumaane Williams, says while he is encouraged by some of the announced efforts to protect New Yorkers amid an Omicron wave, he is “deeply frustrated that they were not already in place.

“While expansion in testing and provision of at-home rapid tests are essential, the long lines across the city waiting for those tests show an abundant lack of preparation by the city,” said Williams, the son of Grenadian immigrants, who continue to isolate following his positive COVID-19 diagnosis on Friday “Barriers to testing also disproportionately harm lower income communities of more color, showing that we are still failing to learn from the mistakes of 2020,” he added.

“Given his apparent acknowledgement of the severity of risk, it is unclear to me why the mayor (New York City Mayor Bill de Blasio) has not yet shifted city workers to remote work wherever possible ahead of the holidays, with government offices leading by example.

“That shift should occur immediately. It also seems clear that, despite calls since September, the mayor and administration have not prepared the necessary infrastructure to make it possible to do the same for schools ahead of the holidays.

“They should begin preparations now in case a remote option should be necessary after the holidays, and follow the recommendation of incoming Comptroller Brad Lander to test students and educators ahead of a post-holiday return to classrooms. It’s not enough, as cases increase, to tout our vaccination rates in some areas.”

Williams said while vaccination and booster shots are the best and most essential tool to protect New Yorkers, “in this moment, they are not the only tool.

“We need to adapt, to mask up and get tested, and also to avoid large holiday gatherings and unsafe environments to limit this wave, reduce the burden on our healthcare system, and prevent greater restrictions,” he said.

“New Yorkers know what works and what they can do to protect themselves and each other, and government needs to provide the infrastructure to make those precautions possible.”

On December 6, de Blasio announced major expansions to the “Key to NYC” program, the first-in-nation vaccination mandate for workers and customers at indoor dining, fitness, entertainment and performance venues. The program requires children aged 5-11 to show proof of one vaccination dose for those venues.

On December 27, New Yorkers aged 12 and older will be required to show proof of two vaccine doses, instead of one, except for those who have received the Johnson & Johnson vaccine.

On Monday, Governor Kathy Hochul announced that she was making US$65 million available to counties across New York State to help with the costs associated with administering vaccines and boosters, and enforcing the mask-or-vaccine mandate for indoor public places that went into effect statewide last week.

“Getting vaccinated and wearing a mask are the surest ways to fight COVID and stay safe, and this funding will help counties across the state enforce the reasonable, responsible and effective mask-or-vax mandate in place until mid-January,” she added.