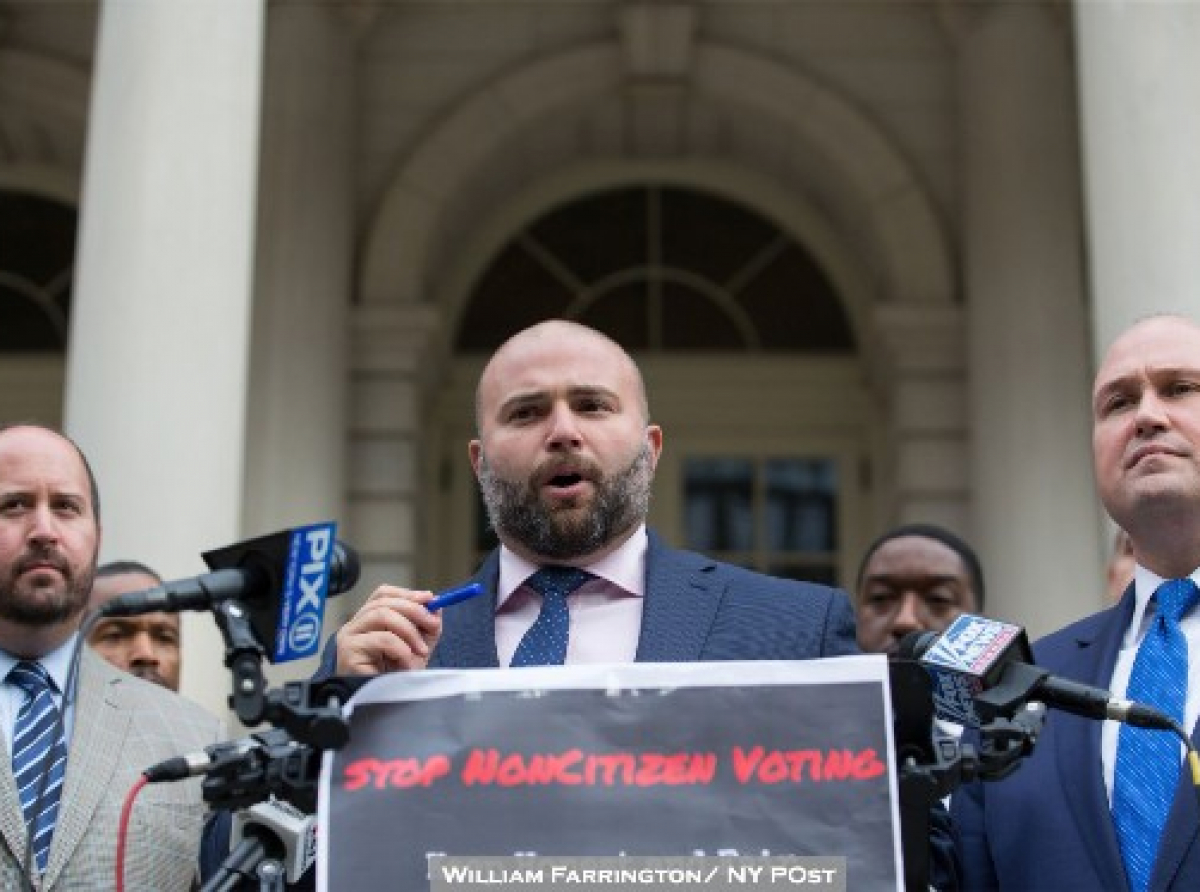 NEW YORK, New York – The New York Immigration Coalition (NYIC)  has dismissed as “purely a partisan attack” on Caribbean and other immigrant communities, a lawsuit filed by several New York Republican officials that seeks to stop more than 800,000 immigrants from voting in local municipal elections.

NYIC, an umbrella policy and advocacy organization for more than 200 immigration groups in New York State, said that the Republican officials, along with the New York Republican State Committee and the Republican National Committee, had on Monday filed a legal challenge “seeking to subvert the will of the New York City Council.”

In December, the New York City Council passed Introduction 1867, allowing Caribbean and other immigrants in New York City, who are otherwise qualified to register under New York State election law, to vote in municipal elections.

Before the bill’s passage, NYIC said nearly one million New York City immigrant residents could not vote in local elections due to their citizenship status, despite paying taxes and being invested in and contributing to the city.

“Unable to gain popular backing for their blatant efforts to suppress and deny certain New Yorkers the right to vote, the Republicans have taken their obviously anti-immigrant and racist agenda to the courts,” NYIC executive director, Murad Awawdeh, told the Caribbean Media Corporation (CMC).

“We won’t allow members of a political party that has yet to accept the results of the 2020 Presidential elections or acknowledge their role in a violent insurrection against our democracy to subvert the will of New Yorkers through a baseless lawsuit.

“The Our City, Our Vote law ensures that NYC has the most inclusive democracy in the entire nation by allowing New Yorkers who live here, raise children here and give back to our neighborhoods in countless ways can have a say in the direction of our city,” he added.

“This is a city of immigrants, and New Yorkers deserve a voice in their city representatives and the policies that will shape their lives.

“I’m grateful to the elected officials and advocates who have worked on this issue for so long, and that, even as some states work to strip voting rights from communities of more color, our city joins others across the nation which already have restored this right and expanded democracy,” he added.

Queens Borough President, Donovan Richards, Jr., who traces his roots to Jamaica, said that “in a time when democracy itself is under threat across the world, I applaud both the City Council for its courageous vote to enfranchise nearly one million of our neighbors and the countless advocates who fought tirelessly for years to make this victory possible.

“Our city, and our democracy, is a fairer and stronger place today because of this vote and the dedicated activism it took to get here,” he said.