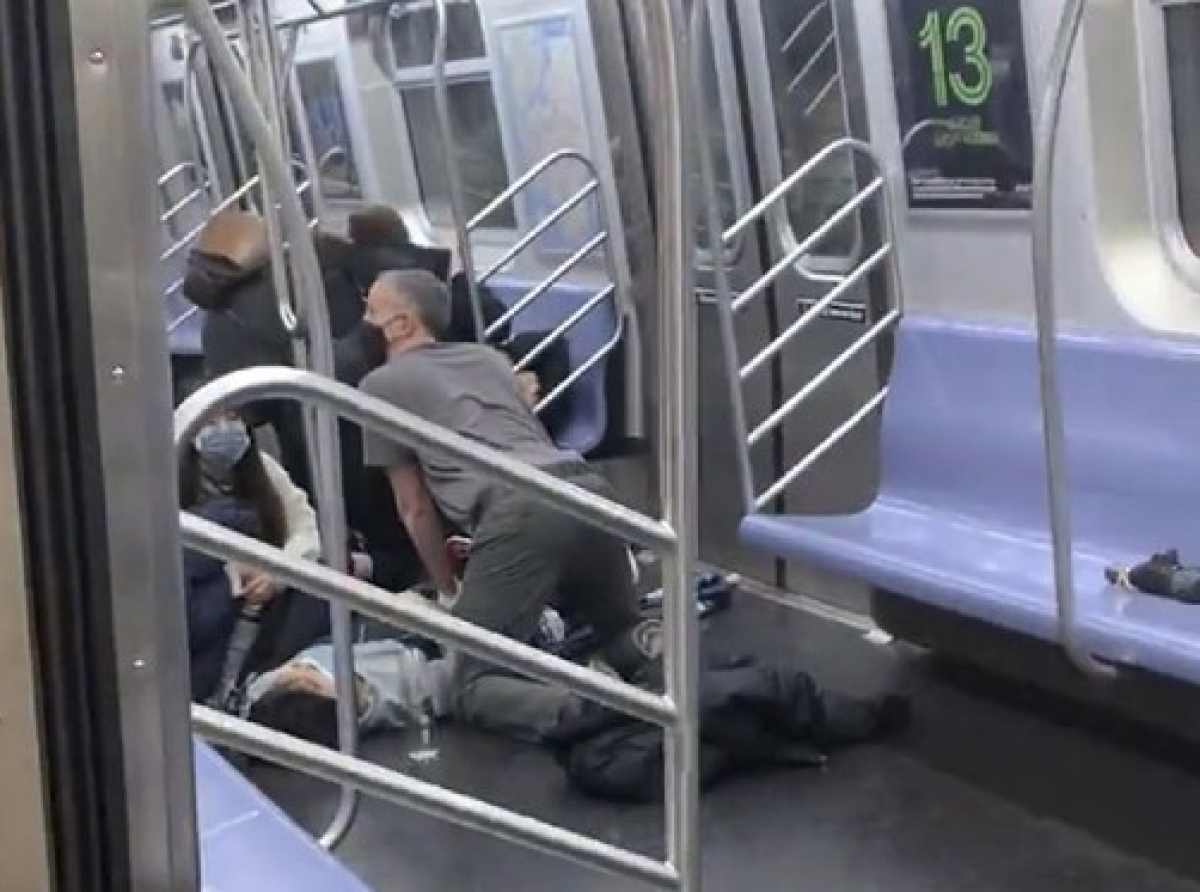 Caribbean American legislators and community organizations said on Tuesday that they were “sickened” and “devastated,” among other superlatives, after an unidentified gunman, still at large, shot 10 commuters on a subway train in Sunset Park, Brooklyn during the morning rush hour. 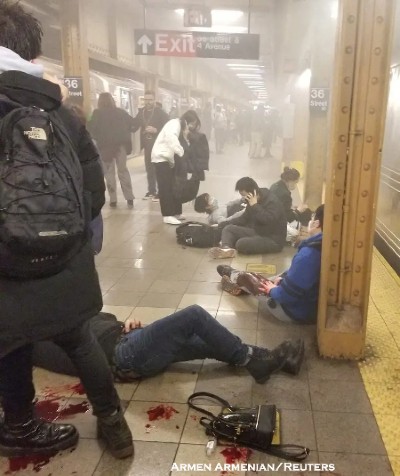 New York police said that, besides the 10 commuters struck by gunfire, five of whom were critically injured, at least 13 others sustained injuries related to smoke inhalation, falls or panic attacks.

Police said the assailant, who fled the scene after the attack, donned a gas mask, threw two smoke grenades on the floor the train and fired 33 shots, as the N train, full with commuters heading to Manhattan, approached the 36th Street station in Sunset Park.

“The devastating footage shows that, even through this horror, New Yorkers are, once again, banding together to help one another,” added Bichotte Hermelyn, the chair of the Brooklyn Democratic Party, who represents the 42nd Assembly District in Brooklyn.

“We are a community. We will help our neighbors,” continued the daughter of Haitian immigrants. “While we wait for information in this active investigation, please stay alert. I am praying for those wounded and their loved ones.”

“I commend emergency and safety personnel for their prompt response to aid victims and straphangers,” said Louis, who represents the 45th Council District in Brooklyn. “My thoughts and prayers are with the victims and their families and the Sunset Park community.”

Caribbean American New York City Public Advocate, Jumaane Williams said that while much remains unclear and the situation is ongoing, “we know that New Yorkers were terrorized” Tuesday morning, “as their daily lives were struck by violence and fear.

“I pray for everyone injured in this tragedy, for the people who witnessed this attack, and for the entire community and city,” he told Caribbean Life. “I’m speaking with law enforcement and community members on the scene to provide comfort, promote strength and get answers.”

“We will never cower in the face of such callous violence, and we will respond with resolve and love for one another as we always do as a city,” he said. “But ultimately, no New Yorker should ever fear for their lives on their subway ride to work or school.”

“I am deeply heartened to see the Sunset Park community coming together during this time of tragedy,” he said. “Brooklyn stands with you. I will continue to work with local authorities and elected officials as more details of the attack are confirmed, and the perpetrator is found.”

The 67th Police Precinct Clergy Council in Brooklyn, popularly known as “The GodSquad,” whose president is the Rev. Gilford Monrose, a native of the US Virgin Islands, said in a statement that it was “deeply saddened by the mass shooting.”

“Once again, our city has been terrorized by another senseless act of gun violence, this time adding to the numerous attacks we have seen in our transit system over the past several months,” the statement said.

“From the victims themselves to their fellow passengers, to the first responders, to the ordinary citizens who assisted their fellow New Yorkers in this time of crisis, to motorists stuck above ground in rush hour traffic, to the neighboring community who were making their way to work or school, and to those who watched videos and viewed photos of this dreadful attack on social and news media, we have become a people traumatized by the visible and invisible effects of gun violence in our city and around the world,” it added.

“Our hearts go out to all affected by this horrific tragedy, particularly those wounded in this incident,” The GodSquad continued. “We thank Almighty God that there have been no fatalities at this time and pray for a full and speedy recovery of those injured.

“In this Holy Week, as various religions across the city gather to celebrate their traditions, may we find peace in the midst of this calamity that will bring restoration to our souls,” it said.

Law enforcement authorities say they believe a number of paraphernalia they found on the train — including a Glock 9-millimeter handgun and the key to a U-Haul van that was found a few blocks away — belonged to the assailant.

On Tuesday evening, New York police disclosed that they identified a man, referred to as a “person of interest” in the mass shooting, described as the worst attack in the history of the city’s subway system.

While the man, Frank R. James, 62, was not named a suspect, police urged the public to call with any information they have on him.

Police are offering a US$50,000 reward for arrest of the gunman.

*This article was originally published in Caribbean Life Magazine