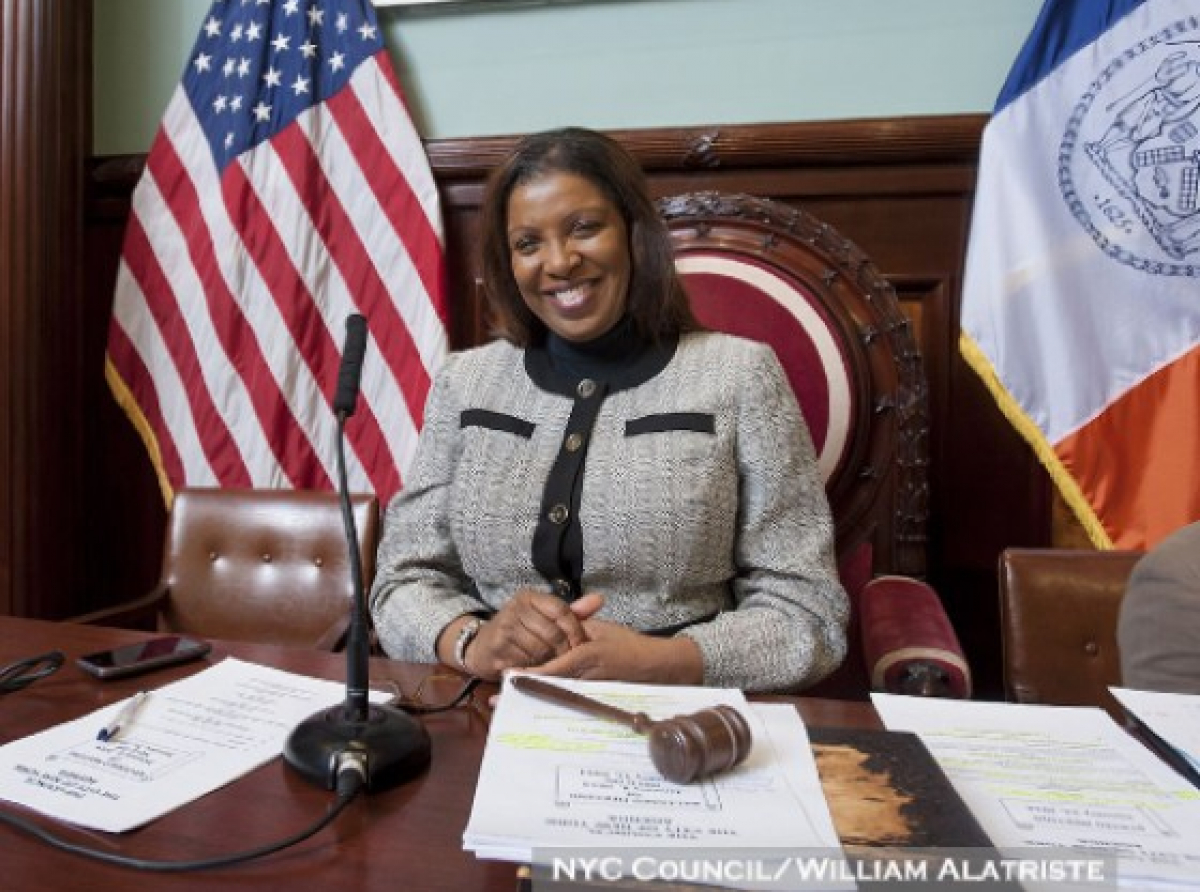 NEW YORK, New York – New York Attorney General Letitia James says she is continuing to lead the fight to protect hundreds of thousands of Caribbean and other Dreamers across New York and the rest of the United States.

On September 5, 2017, former United States President Donald J. Trump ordered an end to the Deferred Action on Childhood Arrivals (DACA) program that shields some young undocumented Caribbean and other immigrants —who often arrived at a very young age in circumstances beyond their control—from deportation.

Five years earlier, then US President Barack Obama issued the DACA executive order after the Development, Relief and Education for Alien Minors (DREAM) Act did not pass in the US Congress several times.

The young people impacted by DACA and the DREAM Act are often referred to as Dreamers.

Co-leading a coalition of 23 attorneys general from around the United States, Attorney General James has filed an amicus brief in support of the DACA policy, in Texas v. United States, where the coalition highlights the “critical contributions of hundreds of thousands of DACA recipients to public health efforts, the economy and communities across the country”,  and pushes back on the Texas-led efforts to end DACA.

Since 2012, James said DACA has provided access to work authorization and protected from removal about 825,000 individuals who grew up in America, “most of whom have known no home other than the United States.

“Home is here for hundreds of thousands of Dreamers who know no other home but the United States, and that has never been more evident than during the COVID-19 pandemic, when Dreamers stepped up and served on the frontlines to save millions,” she said. “Despite Texas’ false and bigoted claims, DACA recipients are vital to our economy, vital to our communities and vital to our way of life.

“We will continue to fight against these immoral threats of deportation, but the court has the opportunity here to preserve DACA and send a message that Dreamers are valued, that they are loved and that they are crucial members of our society,” James added.

She said DACA has allowed recipients to live, study and work across the United States, “free from the fear of being forcibly separated from their families and communities.

“The policy has enabled hundreds of thousands of grantees to enroll in colleges and universities, complete their education, start businesses that help improve the economy, and give back to communities as teachers, medical professionals and entrepreneurs,” the New York Attorney General said. “These contributions became especially evident as the deadly coronavirus disease 2019 (COVID-19) pandemic began to sweep through the nation and thousands of DACA recipients served on the frontlines as essential workers.”

As of November 2021, James said an estimated 34,000 health care workers and support staff depend on DACA for their authorization to work in the United States, including nurses, dentists, pharmacists, physician assistants, home health aides and technicians.

She said DACA also plays a vital role in supporting economies at the national, state and local level.

James said allowing new initial DACA requests would lead to an estimated increase of US$2.5 billion in state and local tax revenue over the next 20 years.

Additionally, she said DACA recipients’ estimated spending power — US $25.3 billion — is “important to the overall economic health of the amici states.”

Without DACA, James said national economic growth over the course of a decade is projected to fall by US$280 billion.

“Such a scenario would also lead to an estimated loss of US$33.1 billion in Social Security contributions and US$7.7 billion in Medicare contributions — funds that are critical to ensuring the financial health of national programs upon which Americans across the country rely,” she said.

In the amicus brief — filed in the US Court of Appeals for the Fifth Circuit — Attorney General James said that, among other things,  DACA grantees are vital to communities, economies and public universities; and increase public safety and decrease the strain on safety net programs.

The Attorneys General urge the appellate court to reverse the district court’s order, which vacated and enjoined DACA, and “erroneously concluded that the policy is unlawful.”

On January 20, 2021 — on his first day in office — US President Joe Biden signed an executive order rescinding the Trump administration policy that threatened these Dreamers with deportation.

Just last month, Attorney General James co-led a coalition of 24 attorneys general in sending a comment letter to DHS and the US Citizenship and Immigration Services in support of the Biden administration’s efforts to preserve and fortify the DACA policy.