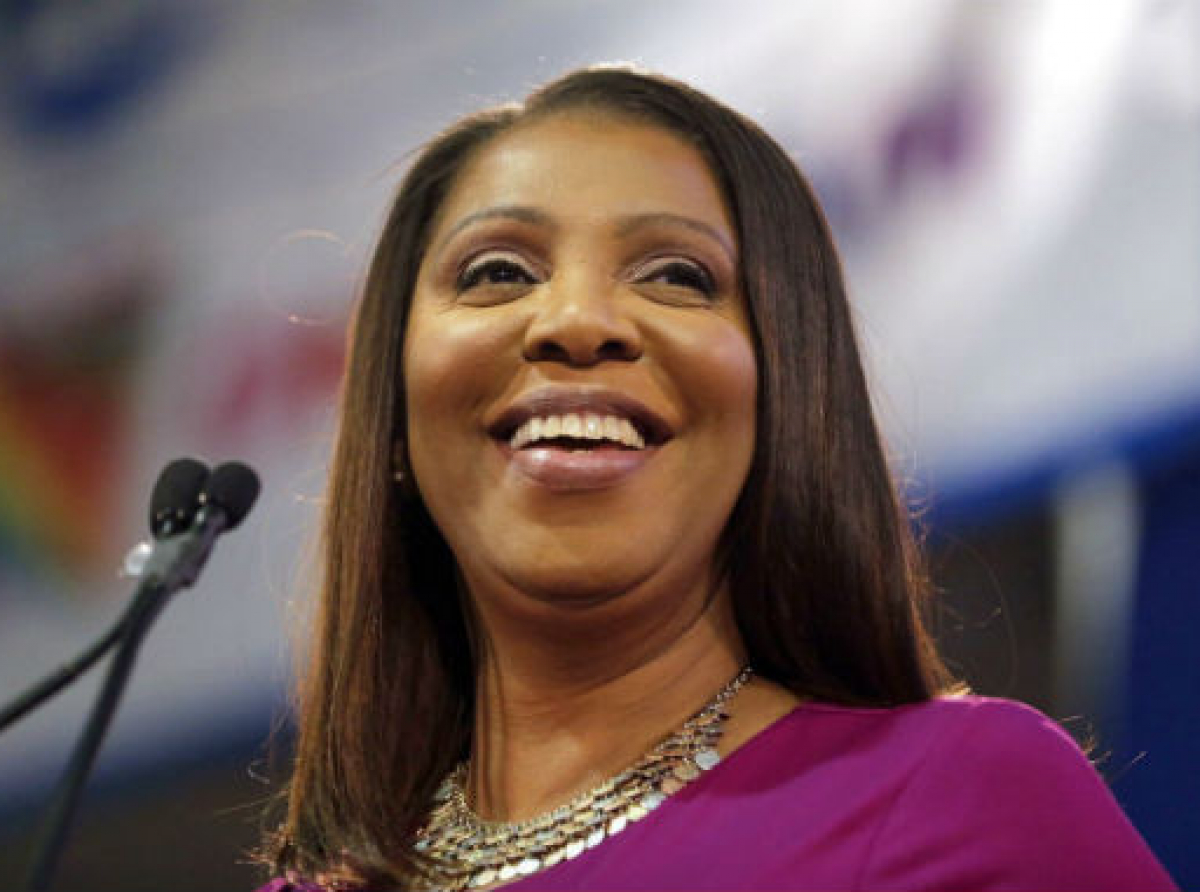 NEW YORK,  – New York Attorney General Letitia James on Wednesday announced that the ruling she secured striking down the former administration’s attempt to deny food assistance to nearly 700,000 Americans, including Caribbean immigrants, by changing the rules for the Supplemental Nutrition Assistance Program (SNAP), will continue to have the force and effect of law following the dismissal of the federal government’s appeal from that ruling.

“This decision is a win for basic human decency,” James told the Caribbean Media Corporation (CMC). “The former administration’s rule would have needlessly pushed hundreds of thousands of vulnerable Americans into greater economic uncertainty.”

“The attempted restrictions do not represent who we are as a nation – a nation that uplifts the communities that need it most. I am grateful that this rule will not be implemented, and I join my colleagues in urging a much-needed expansion to the SNAP program,” she added.

In January 2020, James and District of Columbia Attorney General Karl Racine filed a lawsuit challenging the US Department of Agriculture’s (USDA) rule that would limit states’ ability to extend benefits from SNAP beyond a three-month period for certain adults.

The lawsuit argued that the rule directly undermined Congress’ intent for SNAP, that the USDA violated the federal rulemaking process, and that the rule would impose significant regulatory burdens on the states while harming states’ economies and residents.

The rule was originally set to take effect on April 1, 2020, but Attorneys General James and Racine secured a preliminary injunction, in March 2020, from Chief Judge Beryl Howell of the US District Court for the District of Columbia that temporarily blocked the rule from taking effect while the matter was being litigated.

In October 2020, Chief Judge Howell struck down the rule in its entirety, protecting access to SNAP benefits for more than 50,000 people in New York City, and eliminating the risk of tens of thousands more throughout New York state going hungry.

As a result, Chief Judge Howell’s decision striking down the rule is now final, and the SNAP cuts proposed by the Trump administration will not go into effect.

James said SNAP has served as the country’s primary response to hunger since 1977 and has been a critical part of federal and state efforts to help lift people out of poverty.

She said the program provides access to food for millions of Americans with limited income who would otherwise struggle with food insecurity.

While the federal government pays the full cost of SNAP benefits, it shares the costs of administering the program on a 50-50 basis with the states, which operate the program, James said.

She noted that Congress amended SNAP in 1996 with the goal of encouraging greater workforce participation among beneficiaries.

The changes introduced a three-month time limit on SNAP benefits for unemployed individuals, aged 18 to 49, who are not disabled or raising children — “able-bodied adults without dependents” (ABAWDs).

“Congress understood that states were best positioned to assess whether local economic conditions and labor markets provided ABAWDs reasonable employment opportunities,” James said. “As a result, the law allows a state to acquire a waiver of the ABAWD time limit for areas where the unemployment rate is above 10 percent, or if it presents data demonstrating that the area lacks sufficient jobs for ABAWDs.”

James said states were also given a limited number of one-month exemptions for individuals who would otherwise lose benefits under the time limit, and were permitted to carry over unused exemptions to safeguard against sudden economic downturns.

Over the last 24 years, Congress has maintained the criteria for states to obtain waivers and to carry over unused exemptions.

It has reauthorized the statute four times without limiting the states’ discretion over these matters and overwhelmingly rejected attempts to add restrictions on waivers in the 2018 Farm Bill.

James said the USDA received more than 100,000 comments in total — the majority of which reflected strong opposition from a broad range of stakeholders.

Regardless, the USDA’s final rule went even further in restricting state discretion over waivers and exemptions than what it had initially proposed.

Attorney General James additionally signed on to a letter to Congress in support of the Improving Access to Nutrition Act, which would eliminate limitations on the time period during which ABAWDs can access benefits.

The letter, signed by 17 states and municipalities, argues that those limitations have proven ineffective in encouraging employment and serve only to prevent those who cannot find work from accessing essential nutrition.

The coalition further notes that the process for seeking waivers and exemptions from the time period, due to lack of jobs in an area, creates significant administrative burdens on states and that the data needed to show a lack of jobs is not always available.

The letter also notes that passage of the Improving Access to Nutrition Act would prevent future administrations from “cruel attempts to cut off nutritional assistance.”

Several high-profile organizations filed briefs and declarations supporting the coalition’s arguments, including the US House of Representatives, the Lawyers’ Committee for Civil Rights Under Law, the Center on Budget and Policy Priorities, the Food Research and Action Center, and a broad coalition of legal aid and anti-poverty groups.

The multistate action was consolidated with an action brought on behalf of private plaintiffs by the Legal Aid Society of the District of Columbia.