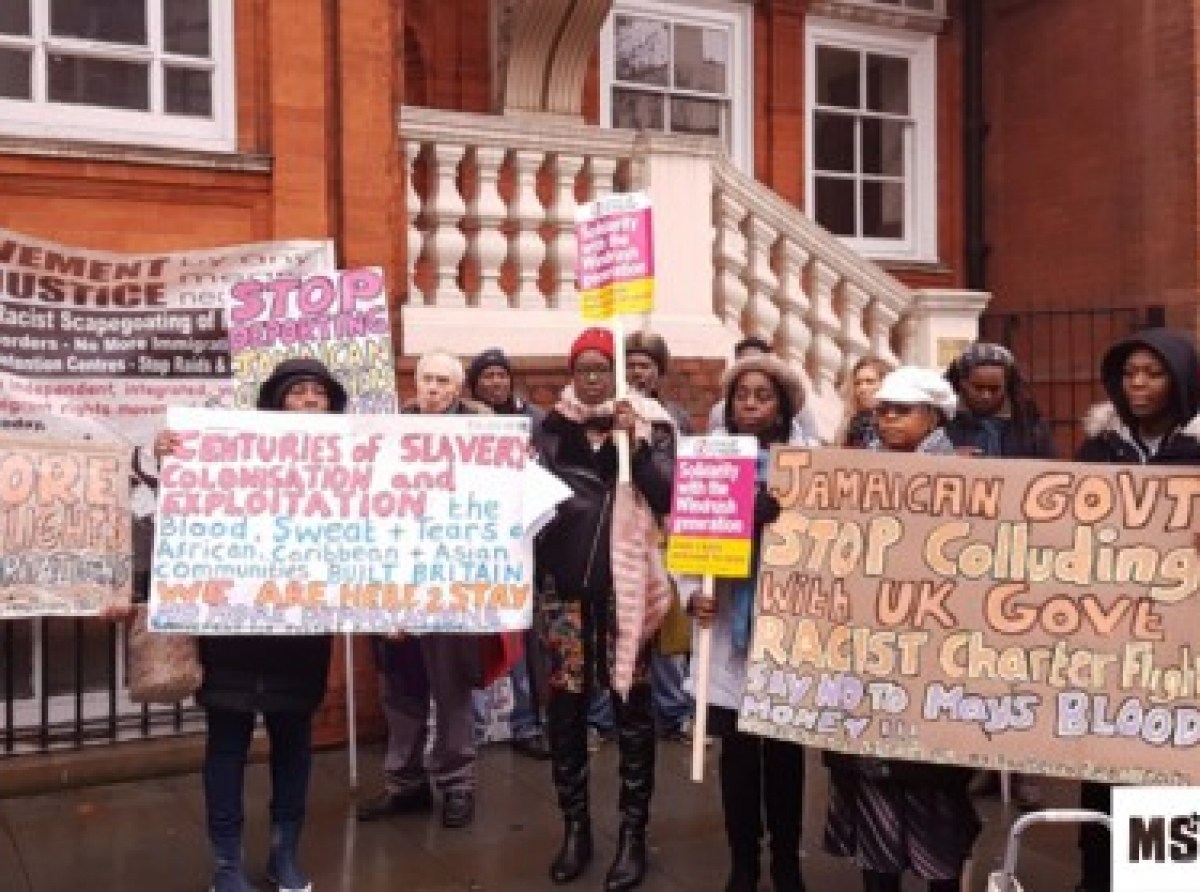 LONDON, England - A UK deportation flight that was set to fly to Jamaica with some 50 deportees today went without most of its passengers as activists blocked the road in front of a detention center and lawyers obtained short term stays.

Anti-deportation activists calling themselves the Movement for Justice waged a “Stop The Plane” protest that blocked immigration officials from putting many deportees bound for Jamaica on the plane.

Many locked themselves to metal pipes outside Brook House immigration removal center near Gatwick airport, preventing most of the 50 Jamaican nationals who were due to be put on the plane from being onboarded as the legal fight went on.

Messages online from anti-deportation groups said the flight departed Birmingham airport at around 1 a.m. with just a few deportees on board a plane able to seat 350 people. This came also after several were found to have a right to stay.

Among those whose removal was cancelled was a 20-year-old woman who’s lived in UK since age 13 and her 56-year-old mother. Neither have any criminal convictions.

Another was a man with HIV and another had been in UK since age of three months and has been identified as a potential victim of county lines trafficking while one had four British children all under the age of 10.