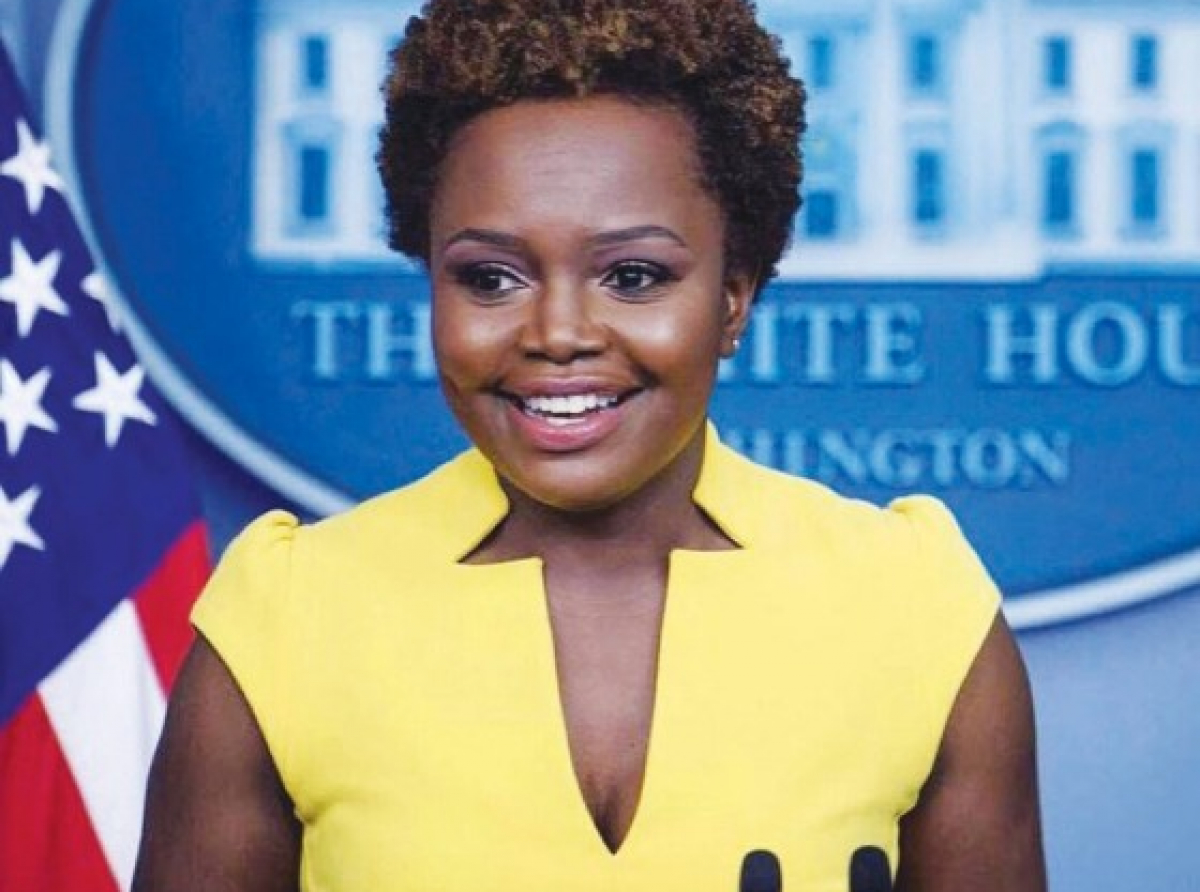 “I just want to say a few words about how honored I am to be here with all of you today in this role, in this room, standing behind this podium,” said Jean-Pierre, who was born in the French Overseas Territory of Martinique to Haitian parents.

“I am obviously acutely aware that my presence at this podium represents a few firsts. I am a Black, gay, immigrant woman, the first of all three of those to hold this position.

“Representation does matter. You hear us, you hear us say this often in this administration.  And no one understands this better than President (Joe) Biden, which is why his administration is not only the most diverse in history, it is filled with barrier-breaking women and men, from the vice president, to the cabinet secretaries, to his Supreme Court nominee, to senior staff throughout this administration.”

Earlier this month, Biden said in a statement that he was “proud to announce that Jean-Pierre will serve as the next White House Press Secretary.

“Karine not only brings the experience, talent and integrity needed for this difficult job, but she will continue to lead the way in communicating about the work of the Biden-Harris Administration on behalf of the American people,” he said.

Jean-Pierre, 44, a Columbia University graduate in New York, is a long-time advisor to Biden, having served in senior communication and political roles in the Biden administration, the Biden campaign, and to then-Vice President Biden in the administration of former US President Barack Obama.

Prior to her role on the campaign, she served as chief public affairs officer for MoveOn.org and an NBC and MSNBC political analyst.

The White House said Jean-Pierre served as regional political director for the White House Office of Political Affairs during the Obama-Biden administration and as deputy battleground states director for President Obama’s 2012 re-election campaign.

Before starting the press briefing on Monday, Jean-Pierre took a moment to “recognize the lives lost and forever changed in Buffalo,” an upstate New York city bordering Canada, where a white teenage assailant enthralled by a white supremacist ideology known as replacement theory, on Saturday systematically shot and killed 13 people and injured three others, almost all of them Black, at a supermarket.

Law enforcement authorities said Payton S. Gendron, 18, of Conklin, drove over 200 miles to launch the massacre, described as one of the deadliest racist massacres in recent American history.