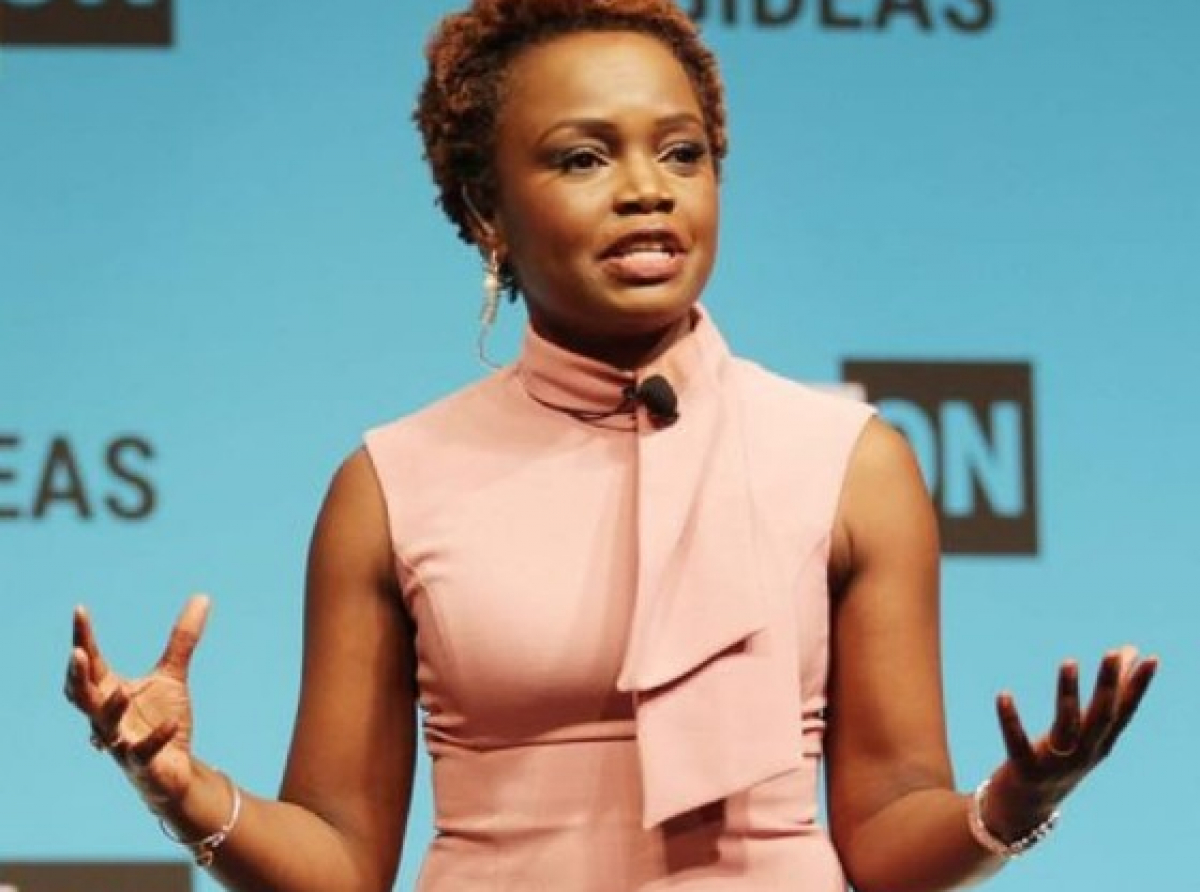 In addition, Jean-Pierre, who was born in the French Caribbean island of Martinique to Haitian immigrants, will be the first Black woman and the first openly gay person to serve in the position. She has also been named Assistant to the President.

“I am proud to announce that Karine Jean-Pierre will serve as the next White House Press Secretary,” said Biden in a statement.

“Karine not only brings the experience, talent and integrity needed for this difficult job, but she will continue to lead the way in communicating about the work of the Biden-Harris Administration on behalf of the American people.

“Jill and I have known and respected Karine a long time, and she will be a strong voice speaking for me and this administration,” he added.

Jean-Pierre said the historic promotion was “not lost on me.

“I understand how important it is for so many people out there, so many different communities. That I stand on their shoulders, and I have been throughout my career.”

Jean-Pierre said it was significant that young Black children see someone who looks like them behind the White House Press podium.

“Follow your passion, follow what you believe in and just keep that focus,” she urged, adding that “it is an honor and a privilege to be behind this podium.”

She’s a long-time advisor to Biden, having served in senior communication and political roles in the Biden administration, the Biden campaign, and to then-Vice President Biden in the Obama Administration.

Prior to her role on the campaign, she served as chief public affairs officer for MoveOn.org and an NBC and MSNBC political analyst.

The White House said Jean-Pierre served as regional political director for the White House Office of Political Affairs during the Obama-Biden administration and as deputy battleground states director for President Obama’s 2012 re-election campaign.

“Jen Psaki has set the standard for returning decency, respect and decorum to the White House Briefing Room,” said Biden, adding “ I want to say thank you to Jen for raising the bar, communicating directly and truthfully to the American people, and keeping her sense of humor while doing so.

“I thank Jen her service to the country, and wish her the very best as she moves forward,” he added.

“I’m going to cry,” Psaki told reporters at a White House Press briefing on Thursday, adding that Jean-Pierre “will give a voice to so many.

“I just want to take the opportunity to celebrate and congratulate my friend, my colleague, my partner in truth, Karine Jean-Pierre, the next White House press secretary. She will be the first Black woman, the first out LGBTQ+ person to serve in this role, which is amazing because representation matters, and she is going to, she will give a voice to so many and allow and show so many what is truly possible when you work hard, and dream big and that matters.

“We should celebrate that,” said Psaki, describing Jean-Pierre, an author,  as  a “remarkable” individual, with “decades of experience.”

Jean-Pierre was also very grateful to Psaki for her support.

“She has been just a wonderful colleague, a friend, a mentor, during this past year and a half, and I don’t think I would be here without so many people, but including her, and she is just, just a true solid, amazing person.”