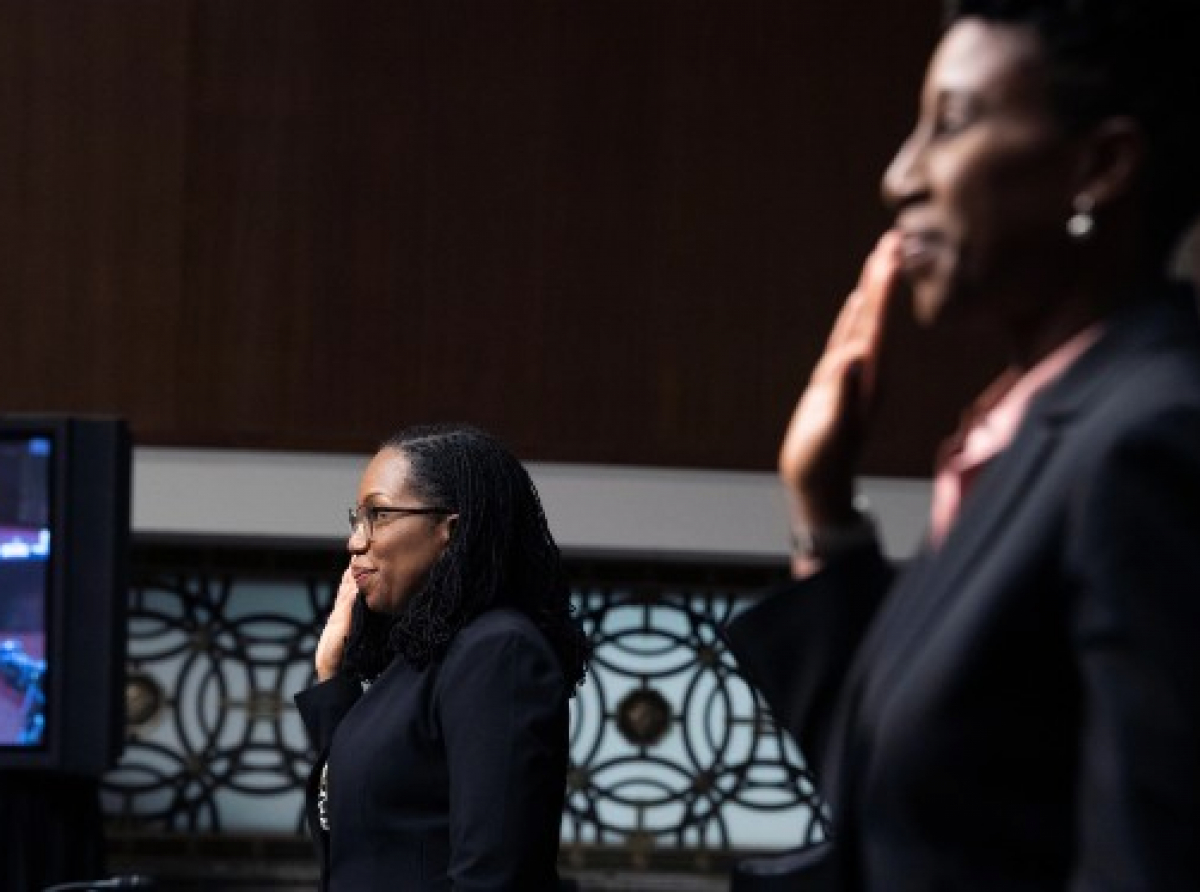 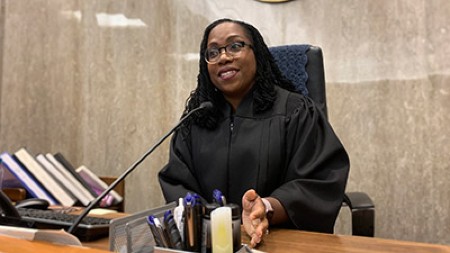 “These are the moments that make history. President Biden’s nomination of DC Circuit Judge Ketanji Brown Jackson to the US Supreme Court is not just timely and necessary, it is crucial to a healthy democracy,” Congresswoman Yvette D. Clarke, the daughter of Jamaican immigrants, told the Caribbean Media Corporation (CMC). “This historic nomination is a renewed promise of America in pursuit of a more just society, and I am deeply grateful to be a witness to this change in the winds toward a more equitable future society.

“Judge Jackson is a shining example of what this nation can be when we come together, in spite of our differences, to create a country for the good and understanding of all its people,” added Clarke, who represents the predominantly Caribbean 9th Congressional District in Brooklyn. “Judge Jackson is the ‘I Rise’ and the ‘I am’ unfolding on the world stage. What a time to be alive.

She said Biden’s decision represents “the culmination of centuries of struggles and perseverance, and it is not lost on me that we are all truly blessed to bear witness to this moment in our American history.

“This momentous occasion also highlights Judge Jackson’s pedigree of legal excellence, her dedication, hard work, commitment and decades of outstanding service on behalf of the American people,” the congresswoman said.

“Judge Jackson brings along a wealth of cultural human experiences that will fundamentally better the Supreme Court’s ability to fulfill its purpose: to uphold equal justice for all Americans, regardless of their race, sex, or background,” Clarke continued. “Today, millions of young Black women and girls possess a new understanding of what is possible in this nation.

“And that reflects the transformative power of representation,” she said.. “This historic milestone and nominee deserve the total support of the US Senate. May she be protected and divinely guided in her work in the years to come for all Americans.”

“I congratulate Judge Ketanji Brown Jackson on her historic nomination, one which I hope will send a powerful message to young Black women across the nation, like my daughters, about what they can do, and what still has to be done,” he said. “I also hope that, as we continue to progress, we can go from groundbreaking ‘firsts’ to seconds, thirds, and new paradigms.

“In addition to the historic nature of her nomination, Judge Jackson is ideally suited for this moment and for the challenges facing our country and the court,” Williams added.

Brooklyn Democratic Party Chair, New York State Assembly Member Rodneyse Bichotte Hermelyn, the daughter of Haitian immigrants, said Judge Brown Jackson’s nomination is “proof to future generations that we can have much more than just a ‘seat at the table’; we can have a place on the bench.”

“For me, and women of color everywhere, this is a highly-anticipated day and consequential milestone for our nation,” said Bichotte Hermelyn, who represents the 42nd Assembly District in Brooklyn and the first Black woman to chair any political party in New York City.

“President Joseph R. Biden’s nomination of Ketanji Brown Jackson to the Supreme Court today is a monumental breakthrough for women of color, who have historically been underserved and underrepresented on the bench of our nation’s highest court,” said Louis, the daughter of Haitian immigrants, who co-chairs the Women’s Caucus in the City Council.

“Ketanji Brown Jackson would bring new perspective as the first Black woman Supreme Court Justice in addition to her stellar record as a Harvard Law School graduate, a public defender and multiple clerkships, including one for Justice Breyer, whose seat she would assume,” added Louis, who represents the 45th Council District in Brooklyn.

“As we celebrate Black History Month, this announcement illustrates yet another step forward in our continued fight for equity, justice and representation,” she continued.

The White House said in a statement on Friday that, since Justice Stephen Breyer announced his retirement, President Biden has conducted a “rigorous process” to identify his replacement.

It said Biden sought a candidate with “exceptional credentials, unimpeachable character and unwavering dedication to the rule of law.

For her part, Brown Jackson said she was “truly humbled by the extraordinary honor of this nomination.

“And I am especially grateful for the care that you have taken in discharging your constitutional duty in service of our democracy with all that is going on in the world today,” she told Biden, offering her “sincerest thanks” as well to Vice President Kamala Harris, the daughter of a Jamaican father and Indian mother, for her “invaluable role in this nomination process.”

And if I am fortunate enough to be confirmed as the next Associate Justice of the Supreme Court of the United States, I can only hope that my life and career, my love of this country and the Constitution, and my commitment to upholding the rule of law and the sacred principles upon which this great nation was founded will inspire future generations of Americans.

“Thank you again, Mr. President, for this extraordinary honor,” she added to applause.