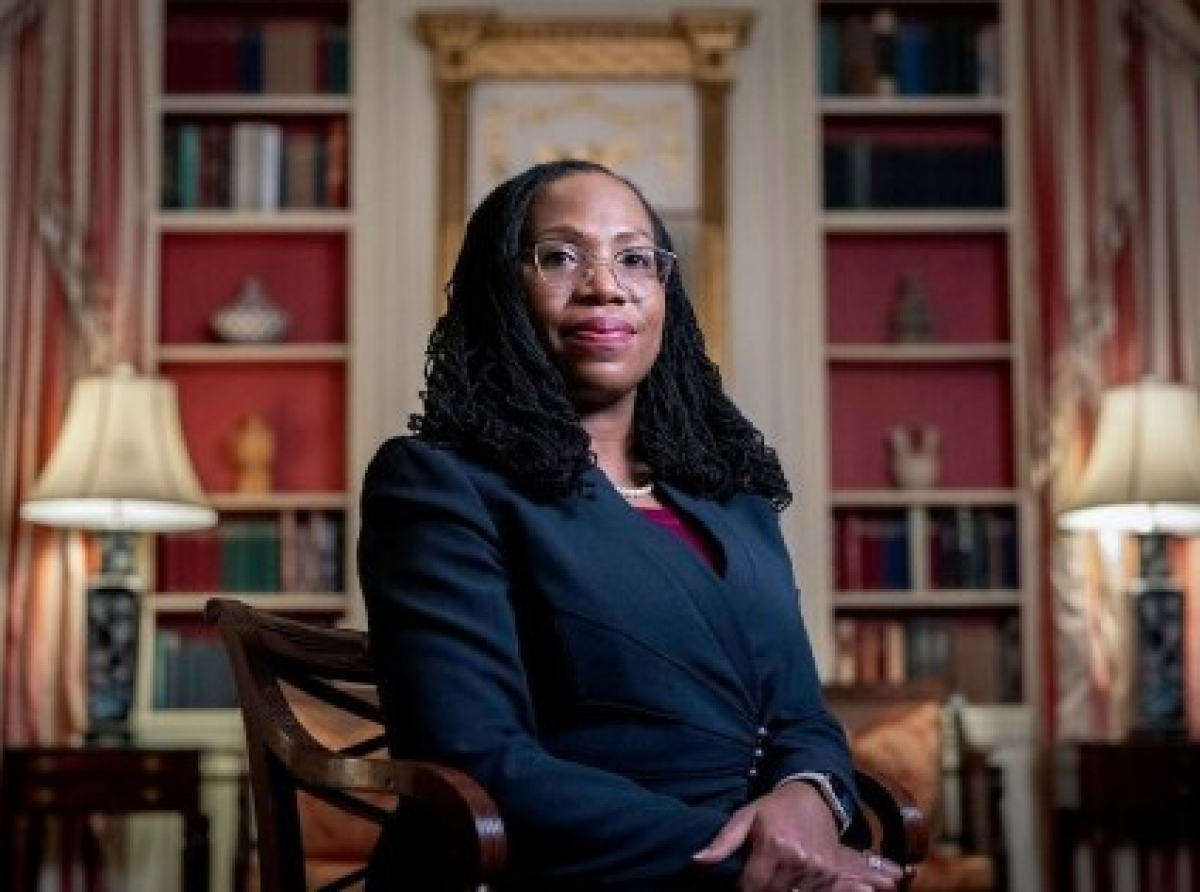 NEW YORK, New York – Caribbean American legislators here have welcomed Thursday’s historic confirmation of Judge Ketanji Brown Jackson as the first Black woman to be elevated to the Supreme Court of the United States, the highest court in America.

The US Senate voted 53 to 47, with three Republicans joining all 50 Democrats to confirm Judge Brown Jackson’s ascendency in the court’s 233-year history.

“These are the moments that make history,” exclaimed Congresswoman Yvette D. Clarke, the daughter of Jamaican immigrants.

“President Biden’s nomination of DC Circuit Judge Ketanji Brown Jackson to the US Supreme Court is not just timely and necessary, it is a fulfilled promise that is instrumental to a healthy democracy.

“This historic confirmation is a renewed pledge of America in pursuit of a more just society, and I am deeply grateful to bear witness to this change in the winds towards a more equitable and just society,” Clarke, who represents the primarily Caribbean 9th Congressional District in Brooklyn, New York, told the Caribbean Media Corporation (CMC).

“Judge Jackson is a shining example of what this nation can be when we come together, in spite of our differences, to create a country for the good and understanding of all its people.  Judge Jackson is the ‘I Rise’ and the ‘I am’ unfolding on the world stage.”

The congresswoman said President Joe Biden’s decision to nominate a Black woman to serve as the next Supreme Court Associate Justice represents “the culmination of centuries of struggles and perseverance,” stating “it is not lost on me that we are all truly blessed to witness this moment in our American history.

“She is sure to not only be a force on the bench but an inspiration to young Black women who, at long last, see a reflection of themselves on the nation’s highest court,” said the daughter of Haitian immigrants, who represents the 42nd Assembly District in Brooklyn. “Judge Jackson’s confirmation is the fulfillment of the hopes and dreams of every preceding generation.

“We owe this historic moment to President Biden, who deserves full credit for delivering on his promise to put a Black woman on the bench, and to the three senators who broke rank with their party in an act of courage,”  Bichotte Hermelyn added.

New York City Public Advocate Jumaane Williams, the son of Grenadian immigrants, said “the history she makes today will be followed and compounded by the decisions she will craft, as her voice helps to define the direction of our country for decades to come.

“This moment will reverberate across our country as young women, and especially young Black women, like my two daughters, see the first Black woman on the Supreme Court and feel the importance of her place in history, as well as the impact of her place on the bench,” added Williams, a candidate for Governor of New York in June’s Democratic Primary.

“Her record of achievement and her resolve in the face of attacks each speak to the powerful, critical role she will play as an eminently qualified and deeply thoughtful addition to the court,” he added.

“The Senate …voted to confirm the first Black woman to serve on the highest court in the land, Supreme Court Justice Ketanji Brown Jackson,” said Beatty, whose caucus was highly supportive of, and lobbied for, Judge Brown Jackson.

“Her judicial temperament and keen legal skills will make her a justice, of which all America proud. As she makes history today, she stands on the shoulders of the Black female trailblazers who came before her,” she added. “And today, we sent a message to Black women and little girls, like my granddaughter Leah: Anything is possible. This is our power and our message.”

New York Attorney General Letitia James, who prides herself in being “a good friend of the Caribbean”, said Judge Brown Jackson’s position on the US Supreme Court “will better reflect the diversity and inclusivity of this nation.

“Hers is a story of resilience, courage, dignity and strength — all of which she demonstrated before the world during her confirmation hearings.

Judge Brown Jackson, who holds two degrees, including one in law, from the prestigious Ivy League Harvard University in Massachusetts, will replace Justice Stephen G. Breyer, when he retires this summer at the conclusion of the US Supreme Court’s session.

Judge Brown Jackson, who was born in Washington, D.C., and raised in Miami, Florida, has been serving as a US federal judge on the United States Court of Appeals for the District of Columbia Circuit since 2021.