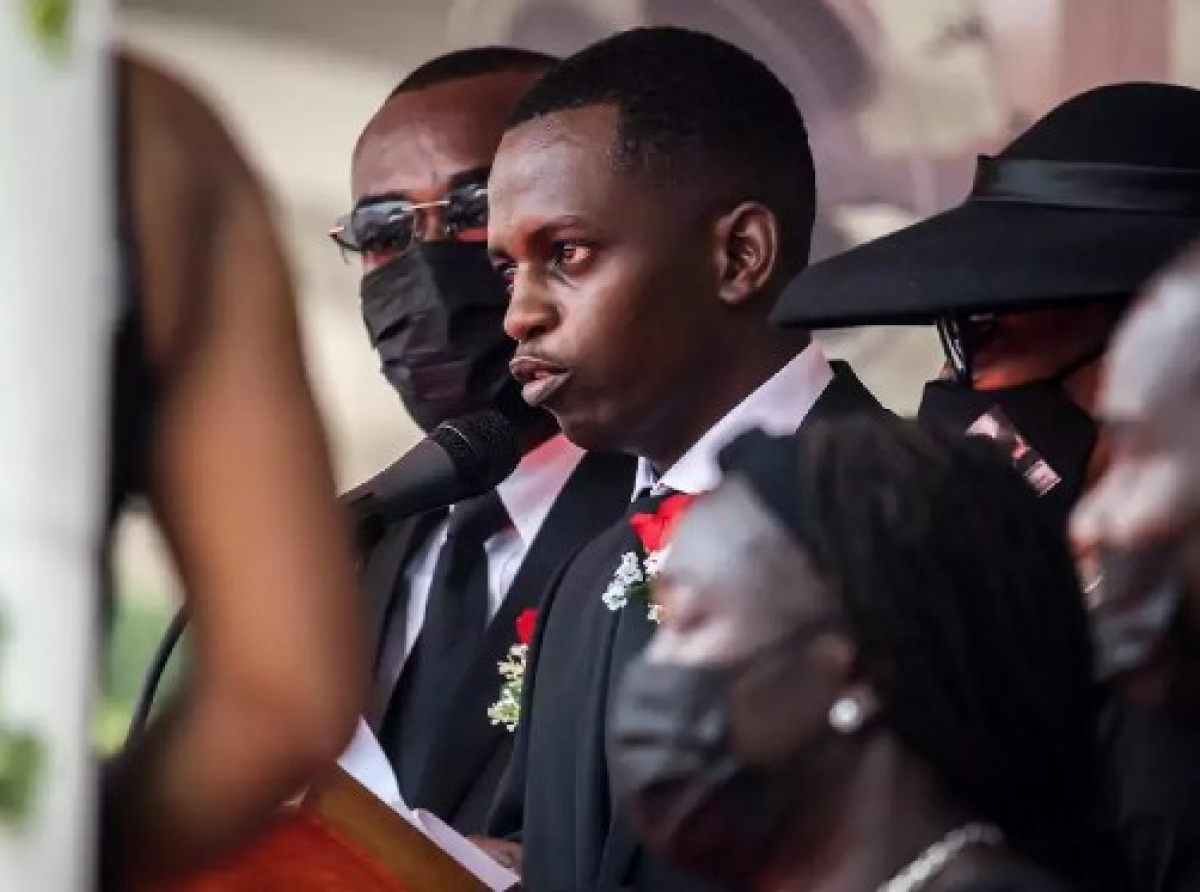 PORT AU PRINCE, Haiti – The son of the assassinated President of Haiti, Jovenel Moise, is predicting that the French-speaking Caribbean Community (CARICOM) country will go through “another five years without a new democratically elected president”.

In an open letter to the Haitian people, published in the local media and coinciding with the five-year anniversary of his father being sworn into office as the head of state, Joverlein Moïse wrote that Haiti is facing “five years of deep political crisis without a glimmer of hope….

“Five long years of us agonizing for the pleasure of our past but still present oppressors. Another five-year term for those who make it their duty to kill our hope. It is shameful for any human being to see that these unscrupulous oppressors who have always camouflaged themselves as first aiders to put small bandages on a cancer are still and always there,” he wrote.

Moise was assassinated at his private residence overlooking the capital on July 7 last year and while no one has been formally charged with his death, several people including former members of the Colombian army are in custody linked to the assassination.  The United States government have also charged two persons with participating in a plot to kidnap or kill President Moise,

In his letter, Moise’s son writes that his father had been “democratically elected to the presidency” and that he remembered July 7, 2017 “ the pride of being the witness of an act of love, a marriage between a man and his country.

“That day, Jovenel Morse, became President of the Republic of Haiti. Humble of heart, loving and smiling, he was aware of the responsibilities incumbent on him, but also of the power of his enemies. His words still resonate with me. Son, he said: “Why should I be afraid in my homeland when my goal is to respect the will of the people who chose me?”

But the son noted that February 7, this year would have brought to an end “his presidential term” and that Haitians should have been witnessing “the democratic transition of power from one President of the Republic of Haiti to another”.

He wrote that in a just world, all those who “directly or indirectly participated in putting in place this plan, who either: killed, assassinated, disfigured, broken, humiliated, a president elected by universal suffrage, would be put in the dock and convicted of crimes against humanity.

“How long until this world? My dearest wish is to see this happening. Please allow me, and all the people who suffer from this overwhelming situation, to mourn with dignity”

He said whoever had been responsible for the assassination “cannot continue to maintain this planetary injustice.

“Every president has a duty to lay a solid foundation for the development of his country. The president of Haiti was one of those leaders. The Haitian homeland has deserved its independence for two hundred and eighteen years now.

“The assassination of our president is a symptom of a disease that has affected us for far too long. For the nation who initiated the end of a lucrative slave system, poverty, corruption, insecurity, environmental degradation, the failing education system, the precarious structure of the health system, etc. Are not a coincidence.”

He said Haiti has suffered 400 years of slavery and abuse, 218 eighteen years of political, social and economic oppression.

He wrote that in 1825, an order from France “obliged our country to pay the equivalent of 28,000,000,000.00 US dollars in compensation for damages caused to French settlers during our liberation from slavery.

“For them it was a financial exercise that had nothing to do with any recognition of the harm caused to a whole section of humanity. This ordinance was escorted by an armada of fourteen warships armed with 528 cannons.”

He said that the US$2.8 billion dollars was financed by French and American banks with interest, then fully reimbursed by Haiti in 1952, followed in 1915 of the by the United States “ostensibly to “protect American economic interests,” that also left indelible traces in the organizational infrastructure of the country’s institutions.

“Are we masters in our own house? My father knew he was an underdog head of state in Haiti. His presence at the head of the country proved that it was indeed possible that a man or a woman from a modest family, son or daughter of the peasantry, of dark color, could become the president of his country.

“He or she could claim this position without serving the powerful guarantors of the system and choosing to serve the common good. This choice cost him his life. By his assassination, the guarantors of this rotten and corrupt system sent a message to all the young men and women of our country. They are telling us: “If you think you are the next Jovenel Moise, this is how it will end”.

He recalled his father saying that “nothing is obtained without sacrifice” adding “he is now the latest president of Haiti to be assassinated, but although he is not the first, we must do everything to ensure that he is the last.

“Let’s not forget who we really are. We are Haitians and Haitians! We are valiant defenders of freedom for all. Nothing can separate us from our will to live free or die, from our love for our brothers, then from our noble desire which has always been the very basis of all human life:

“All human beings are born free and equal in dignity and rights. Everyone has the right to life, liberty and security of person. No one shall be held in physical, mental, or economic slavery, nor in servitude,” Joverlein Moïse wrote.