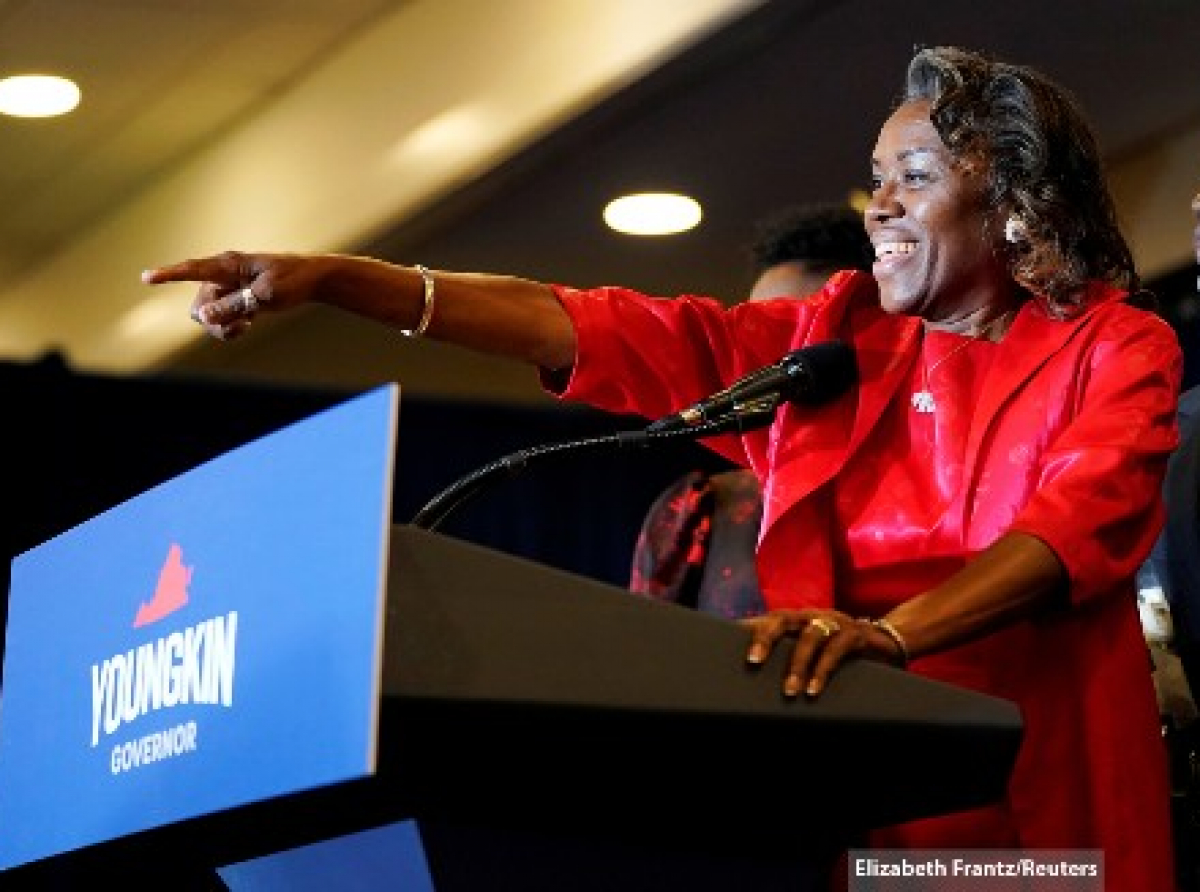 CHANTILLY, Virginia – When Jamaican-born Winsome Sears assumes office on January 15, 2022, she will become the first woman lieutenant governor of Virginia.

Sears, a Republican, made history when she narrowly defeated her Democratic challenger, Hala Ayala, in the general elections on November 2, with 50.7 percent of the vote to Ayala’s 49.3 percent.

Sears, a US Marine Corps veteran, who was born in Kingston, Jamaica, in 1964, is also the first woman of color to be elected to statewide office in Virginia.

“The only barrier that I really care about is the education of children, because education is what lifted my father out of poverty when he came from Jamaica in 1963, with only $1.75,” said Sears on television after her narrow victory. “It’s what lifted me, and it’s what will lift everyone. That’s what I really want, because then you can dictate your own future.”

“Thank you, Virginia!” added Sears, a former member of the Virginia House of Delegates from 2002 to 2004. “I am honored to be your next lieutenant governor, and I am ready to get to work for all Virginians.”

“I say to all of you who helped me along the campaign trail, I could not have done it without you,” Sears later said on Facebook. “Thank you for believing in me.”

On her campaign website for lieutenant governor, Sears said she was elected to a majority Black legislative district, claiming that “no other Republican has done that in Virginia since 1865.”

She said she, consequently, also became “the first, and still only, Black Republican woman elected to the House, the first female veteran and the first legal immigrant woman.”

In addition, Sears said she was also “a hard-charging Vice President of the Virginia State Board of Education and received presidential appointments to the US Census Bureau”, where she co-chaired the African American Committee and the Advisory Committee on Women Veterans to the Secretary of Veterans Affairs.

Sears completed an associate degree from Tidewater Community College, a Bachelor of Arts in English from Old Dominion University in 1992, and a Master of Arts in organizational leadership from Regent University in 2003.

She said she has “built a successful business as a trained electrician and understands the importance of helping small businesses thrive.”

But Sears said she is “most proud” of her community work, leading a men’s prison ministry and as director of a women’s homeless shelter for the Salvation Army.

On her website, she said that, as lieutenant governor, she hopes to focus on the economy by implementing a small-business tax holiday, cutting “unnecessary regulations” by 25 percent and eliminating Virginia’s grocery tax.

“Her win gives her an important role in presiding over the state Senate, which is made up of 21 Democrats, 18 Republicans and one Independent,” said WUSA9 TV in Virginia.