Jamaican-Born Winsome Sears Sworn in as Lt. Governor of the State of Virginia 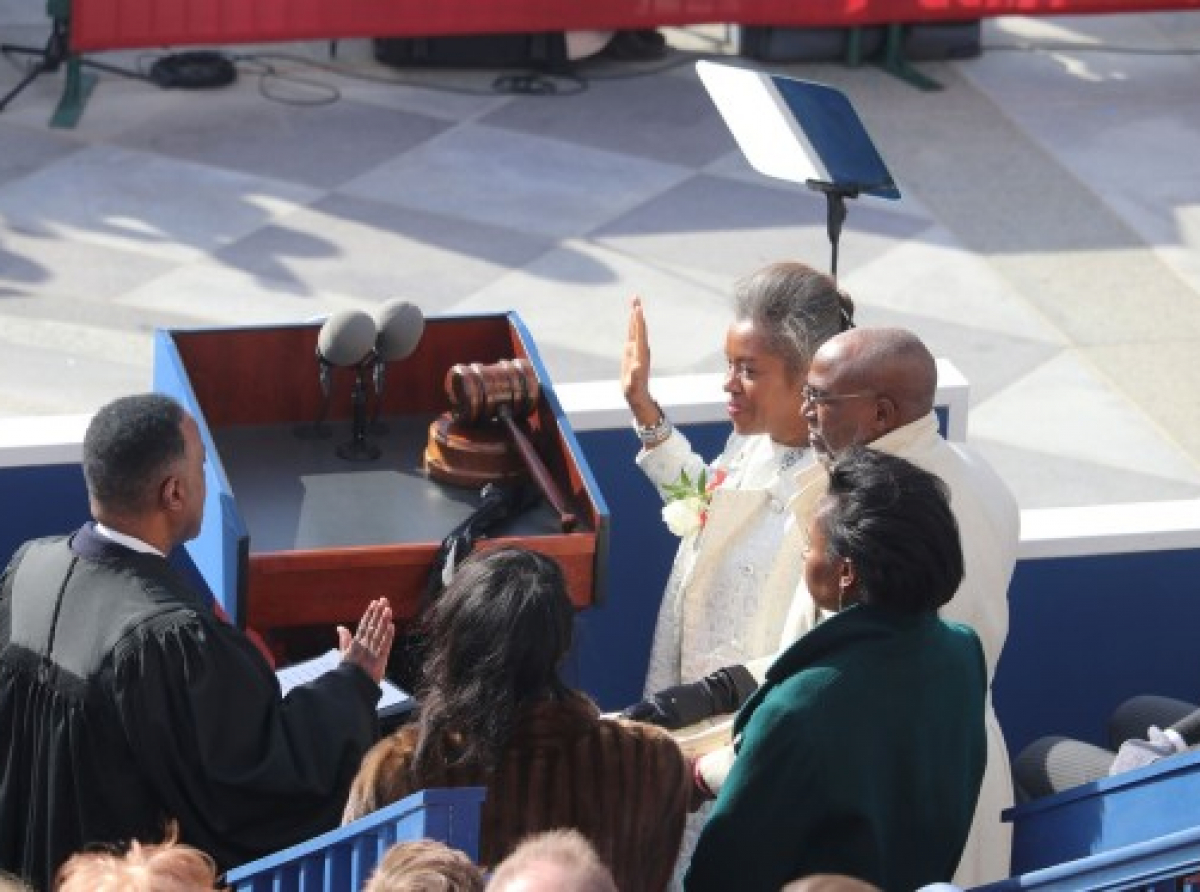 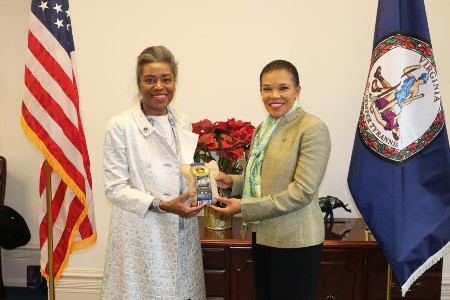 A taste of Jamaica for you, Madam Lt. Governor: Winsome Earle-Sears (left), fresh from being installed as the 42nd lieutenant governor of Virginia, USA, is presented with the world-famous Jamaica Blue Mountain Coffee by Ambassador Audrey P. Marks, Jamaica’s Ambassador to the United States of America. Occasion was a reception following the Jamaican-born Sears’ swearing-in ceremony in Richmond, Virginia, this past Saturday. (Derrick Scott photo) The oath of office was administered on the steps of the State Capitol building in Richmond, the Virginia capital city, on Saturday January 15, by retired judge of the 13th Judicial Circuit of Virginia, the Hon. Richard D. Taylor, Jr.

In congratulating Lt. Governor Earle-Sears at a reception following the swearing-in, Jamaica’s Ambassador to the United States, Her Excellency Audrey P. Marks, expressed congratulations on behalf of the Government and People of Jamaica, as well as Jamaicans all across the diaspora in America. “How enormously proud we are of you, not only because you won but because you have done so with uncommon grace and have in the process drawn renewed, decidedly positive attention as an exemplar of Jamaicans here, representing respected models of responsible citizenship and as able, contributing members of the American society.

“I applaud you as well for the inspiration that you have provided to so many Jamaicans in the US and all over, from your journey that began in Jamaica and continues in Virginia as a Jamaican immigrant commanding the second highest post in the Commonwealth.”

Ambassador Marks spoke to the respect that Lt. Gov. Earle-Sears “has garnered from literally millions of observers around this country who see in you, yet another exemplary leader contributing to the building of society.

“Our earnest support for you and the new administration, as you settle into leading the business of all Virginians. We are confident that across this nation, and in fact beyond, many will find in and through your leadership a very timely dose of inspiration as you model the highest ideals,” Ambassador Marks concluded.

The Jamaican Ambassador also congratulated newly sworn-in Governor of the Commonwealth of Virginia Glen Youngkin and his team and pledged her support for the new administration as they settle into leading the business of all Virginians.

In her response, Lt. Governor Earle- Sears said she was honored and humbled to be sworn in as the first woman to this high office. Saying one of her hallmarks was service, she pledged continued commitment to serving the people of Virginia.

The Virginia Lt. Governor, who was born in Kingston, Jamaica, said during her tenure she will be partnering with the Embassy of Jamaica and the Ambassador to look at how they could collaborate in improving trade, education and tourism as well as twinning with a number of towns.