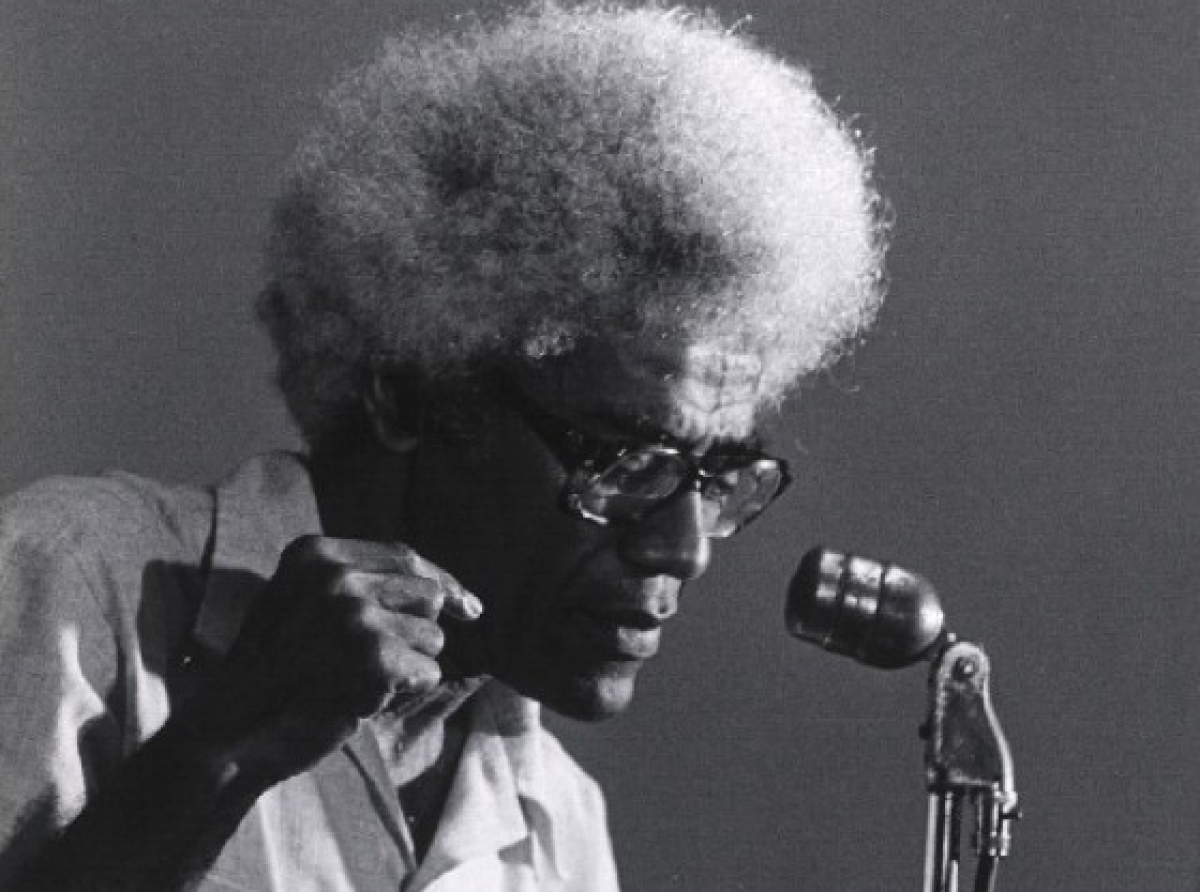 BRIDGETOWN, Barbados - Internationally acclaimed novelist and writer, George Lamming, died on Saturday at the age of 94, just a few days shy of his 95th birthday, that he would have celebrated on June 8th.

Lambing who was an important figure, not only in his native Barbados,  but across the Caribbean and the world, has been lauded by Prime Minister Mia Mottley.

In a statement on Saturday, Mottley said that Lamming “without doubt, stood for decades at the apex of our island’s pantheon of writers. Indeed, George Lamming must be considered one of the most famous writers this region has produced.”

“Notwithstanding the fact that he passed away today, four days shy of his 95th birthday, I still declare that he has left us all too soon. In fact, only this morning I discussed with Minister in the Prime Minister’s Office, Senator Dr Shantal Monro-Knight, my desire to have arrangements made to visit him on Wednesday to celebrate his birthday with him.”

The Prime Minister added that George Lamming was “the quintessential Bajan, born in as traditional a district as you can get — Carrington Village, on the outskirts of Bridgetown. And his education was as authentically Bajan as one could possibly acquire — Roebuck Boys’ School and Comberme.”

She noted that Lamming – “as Bajan as he was, he still distinguished himself as a world scholar.”

Throughout his career, Lamming taught at a boarding school in Trinidad, before emigrating to England, where he became a broadcaster with the BBC’s Colonial Service.

“Wherever George Lamming went, he epitomized that voice and spirit that screamed Barbados and Caribbean. And while he has written several novels and received many accolades, none of his works touches the Barbadian psyche like his first — In The Castle of My Skin, written back in 1953, but which today ought still to be required reading for every Caribbean boy and girl.”

“Barbados will miss George Lamming — his voice, his pen and, of course, his signature hairstyle — but I pray that the consciousness of who we are that he preached in all that he wrote will never fade from our thoughts.

“On behalf of the Government and people of Barbados I extend deepest sympathy to the Lamming family. May his soul rest in peace.”

The Prime Minister also announced that an official funeral will be held at a date to be announced.