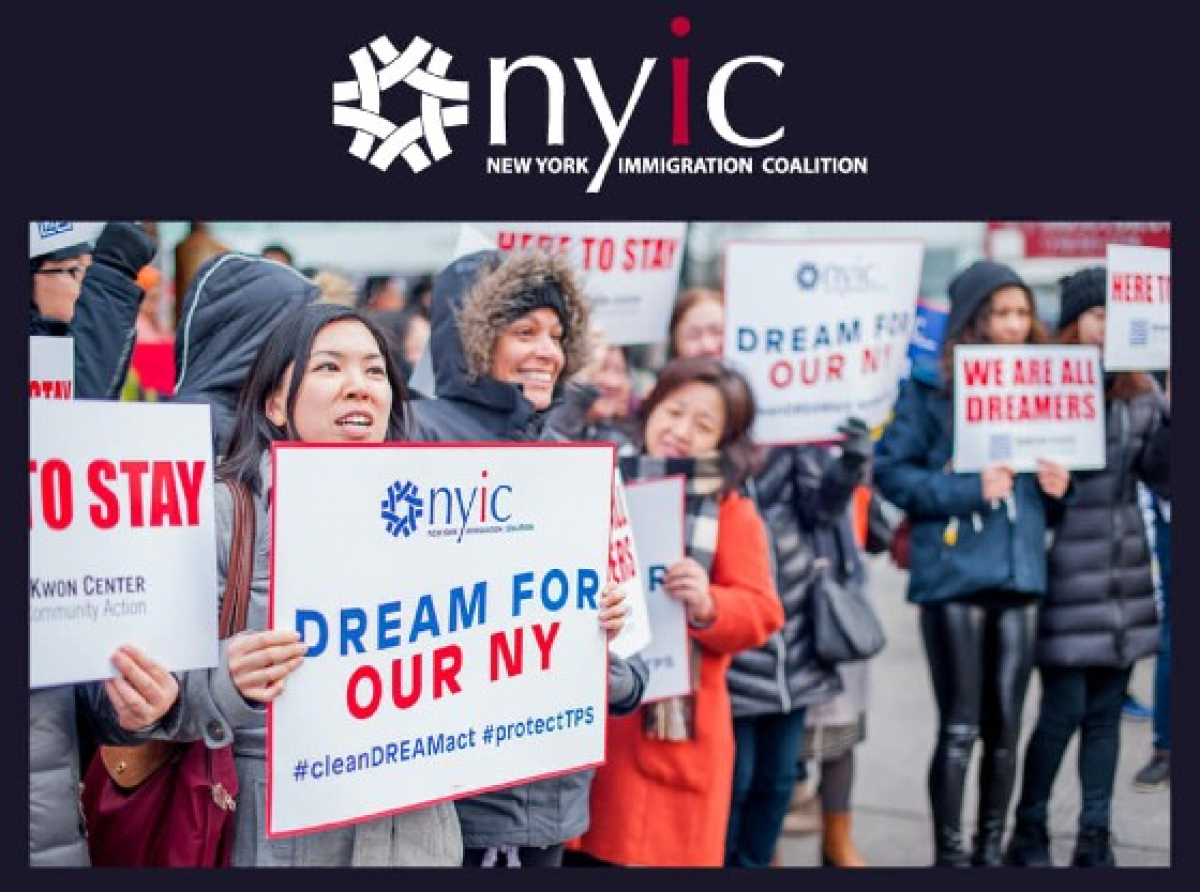 In front of Senator Schumer’s Manhattan, New York office, immigrant advocates and community members urged the Majority Leader to ignore the faulty assessment offered by the parliamentarian and fulfil the promise that Democrats made to immigrant communities, according to the New York Immigration Coalition (NYIC), an umbrella policy and advocacy organization for more than 200 groups in New York State.

“Democrats in the House and Senate have agreed immigration belongs in budget reconciliation, and Americans across the country overwhelmingly support citizenship,” it said.

Immigrants, Assemblymember Jessica Gonzalez-Rojas and allies demanded that Majority Leader Schumer lead his caucus to follow through on the promise to create a pathway to citizenship for millions of undocumented immigrants, including Dreamers, Temporary Protected Status (TPS) holders and immigrant essential workers, “who have kept this country running throughout the pandemic”, NYIC said.

It said the historic budget package would help create a pathway to citizenship to over 463,000 immigrant New Yorkers while boosting the US economy.

“Our elected officials need to remember that they are accountable to the people, not unelected bureaucrats in Washington, D.C. Earlier this week, we reminded Senator Schumer of that when we rallied outside of his Brooklyn home,” Murad Awawdeh, NYIC’s executive director, told the Caribbean Media Corporation (CMC).

“Today, we doubled down and brought the voices of immigrant New York to his Manhattan office. Our message could not be clearer; Senator Schumer, Congressional Democrats, and President Biden must listen to a majority of American voters, follow through on the promises made on the campaign trail, and finally deliver a pathway to citizenship for millions of our community members. We deserve it and will accept nothing less,” he added.

Robert Agyemang, New York director, African Communities Together, noted that as essential workers, immigrant communities across the country have been at the frontlines of the COVID-19 fight.

“Here in New York, we continue to see the lasting impact of the pandemic on our undocumented members and those with temporary status, as they struggle with the financial, social, and economic aftershock of the pandemic.

“A pathway to citizenship would not only provide necessary protections for huge parts of our community, but build a stronger United States as we recover from almost two years of job loss, overburdened hospitals, and social isolation. We call Senate Majority Leader Schumer, who expressed an overwhelming commitment to providing a pathway to citizenship for our communities, to use every tool at his disposal to get this over the finish line. We cannot lose this opportunity. The time is now,” he added.

“Since 2012, AALDEF has provided pro bono legal representation to undocumented Asian American youth. In 2019, alongside a coalition of 42 civil rights organizations, we submitted an amicus brief focusing on the reliance interests of DACA recipients and the real-life adverse impact that dismantling DACA would have on immigrant youth,” she said.

“Regardless of what the Senate parliamentarian has said about the immigration proposals presented to her as part of the budget reconciliation process, Senator Chuck Schumer and members of his caucus need to show leadership and deliver a path to citizenship now for undocumented youth, TPS holders, essential workers, and the rest of the undocumented immigrant community. These people are a vital part of our country and deserve to be treated with dignity and compassion.”

Natalia Aristizabal, director of Immigrant Justice at the Center for Popular Democracy, another New York-based immigration group said: “Our communities worked tirelessly to put Democrats in control of the Senate, House of Representatives, and White House. We did so because Democrats promised to deliver on our priorities, including a pathway to citizenship. We expect Democrats to use every tool at their disposal to deliver on their promise of a pathway to citizenship now, through reconciliation. Democrats must not allow the misguided advice of an unelected parliamentarian to be the last word. We can’t wait.”

“Today, in front of Senator Schumer’s office, our message is clear: Congress must include a path to citizenship in the budget reconciliation package,” added Yaritza Mendez, co-director of organizing at Make the Road New York. “Regardless of the parliamentarian opinion, Senator Schumer must fulfil promises made to immigrant communities. Democrats have the power in their hands to deliver citizenship to millions— they can and must deliver. This historic opportunity will change the lives of millions of people, who for decades have relentlessly fought for immigration relief.”