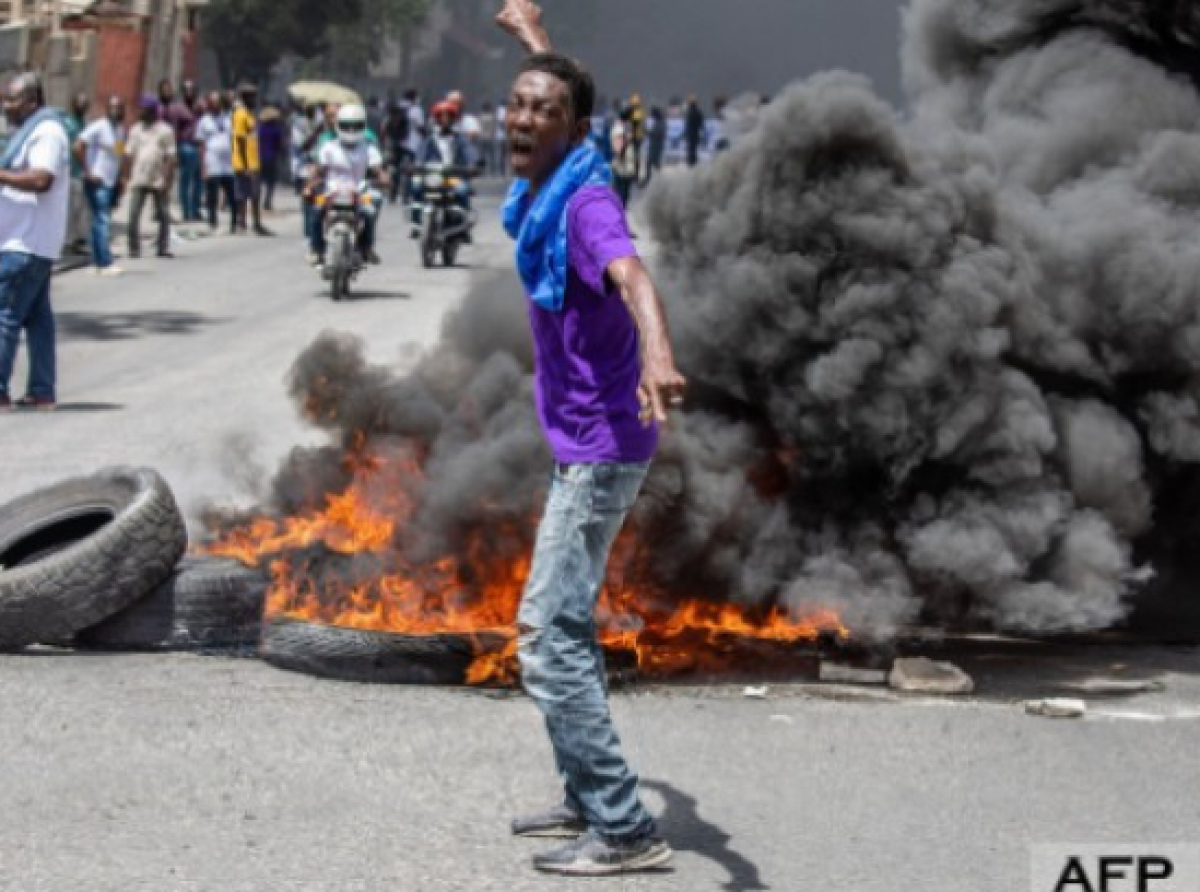 PORT AU PRINCE, Haiti – Civil society groups have sent a petition to Prime Minister Dr. Ariel Henry, urging him to declare a state of emergency in the French-speaking country to deal with the spate of criminal activities, including kidnapping.

In their petition, the groups outlined a “roadmap” with recommendations for dealing with the situation, urging Henry to declare war on armed gangs who are causing widespread hurt in the country as well as to crack down on customs fraud to prevent the diversion of revenues and impose control measures to eliminate the trafficking of arms and ammunition.

“This petition is a citizen initiative, non-partisan, by which we, the undersigned representatives of different sectors of Haitian society, signify to you once again the deep dismay of all social strata of national life in relation to the accelerated degradation of the security situation in Haiti,” the groups said.

“We strongly protest against the taking on hostage of the entire population by criminal organizations, and the inaction or even tolerance of the authorities who are failing in their primary obligation to ensure the safety of citizens.”

The petition notes that cases of murder, kidnapping against ransom, rape, armed robbery and organized looting are countless and that businesses are forced to close with families living “with lumps in their throats, everyone waiting in terror for their turn.

“The National Police, for lack of visibility of its action and support from the political authorities, gives the image of a weakened institution with insufficient staff. This situation makes the Police appear as accomplices and infiltrated by the gangs. Although declaring that it wants to do everything possible to protect and serve the population, it lacks adequate means.”

The petitioners said that while the state of emergency, the mobilization of public resources to fight organized crime, and austerity measures should have been in force, as required by the standards of good governance and transparency, there is also need to fully equip the law enforcement agencies.

“However, useless expenses are incurred, further draining the scarce resources of the State. Public funds finance futile trips and ceremonies and acquisitions that in no way alleviate the misery of the people. This administrative mismanagement is unacceptable.

“The country is in the process of suffocating economically. Generalized insecurity does not benefit the country and plunges it into indescribable chaos. Some even suggest that the team in place seems to prolong the illegitimate enjoyment of power without control, and this, in defiance of the suffering of the population.”

The petition is also calling on Prime Minister Henry to classify armed gangs as terrorist organizations, recruit experts to supervise the police in their efforts to track down and put out of harm’s way all bandits.
They are also recommending that persons and entities be publicly identified and prosecuted if they are engaged in financing and supplying the gangs with weapons and ammunition.

The petition wants a decree “ordering the immediate freezing and confiscation of the assets of all persons and entities who finance and supply these gangs with arms and ammunition” and require telephone companies to provide mandatory identification for any mobile number operating in the territory and disconnect any unidentified telephone number within a reasonable time;”

In a second phase of the operations, the petitioners are urging the authorities to modify the uniforms of all police units, clearly identify the vehicles assigned to the service of the State in relation to the institutions to which they belong.

“ Mr. Prime Minister, it is imperative to adopt these urgent measures without delay. Any delay in the implementation of this plan will have serious consequences that could culminate in a desperate and blind popular revolt that could sweep away everything in its path. History and the nation will hold you, as well as your Government and your collaborators, mainly responsible for the descent into hell of our country.”

The petition comes as several groups have announced three days of demonstrations to highlight the crime situation here.

Former president Michel Martelly in a video message over the last weekend, said he was concerned about the growing insecurity that has paralyzed the country.

He said that a broad political consensus is the best solution to restore security, and to this end, he is encouraging all actors in national life to have a frank dialogue on the matter.