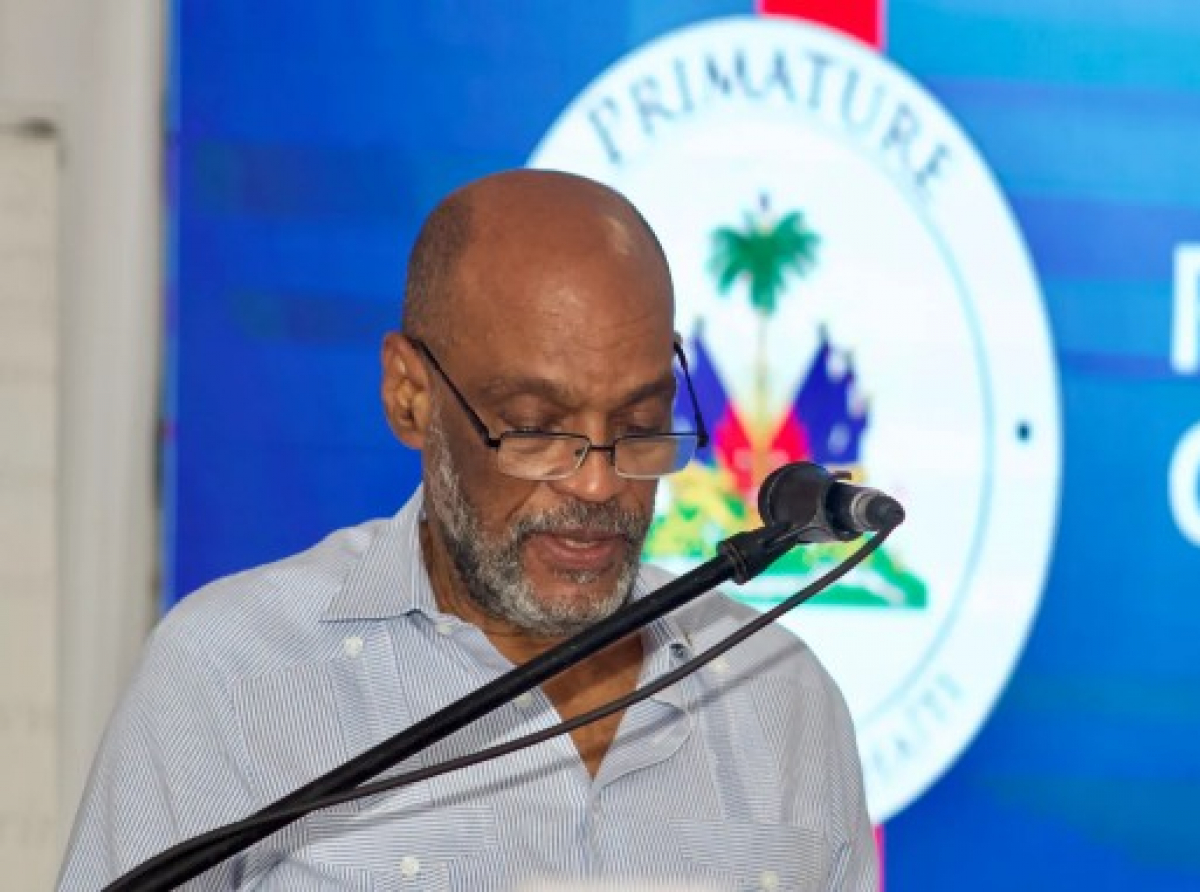 PORT AU PRINCE, Haiti –Prime Minister Ariel Henry promising to do “everything in my power” to bring to justice those responsible for the assassination of President Jovenel Moise in July last year, has also indicated “there will not be a new president on February 7”.

Henry met on Tuesday evening with eight of the 10 senators at the invitation of the Bureau of the Senate to discuss the current situation and the priorities, such as the restoration of security and the organization of elections in the French-speaking Caribbean Community (CARICOM) country.

“We are at a crossroads where we must continue to work together to pacify the country. At the same time, the security forces are working to fight against banditry,” Henry said.

He told the senators that the holding of elections is a constitutional prerogative, adding “we cannot wait to renew the political personnel.

“ A return to democratic order is essential. We must entrust the reins of the country to an elected President. For me, it would have been easy to set up a Provisional Electoral Council (CEP) But I do not want to take action unilaterally and exclusively,” he said.

Prime Minister Henry said that it is “certain that in the days to come, with the collaboration of all the players, we will finalize the consultation process with a view to achieving the final result”

He said that the new CEP and the Constituent Assembly will be in place by February 7 and that the country will have a new Constitution later this year.

“The country cannot wait more. We therefore have a duty to find a consensus around lasting solutions to this chronic crisis. We must organize the elections so that there are new elected officials. What I am certain of, there will not be a new president on February 7, 2022,” Henry said.

He told the legislators that with regards to the assassination of Moise on July 7 at his private residence “as long as I am at the head of the Executive, I will do everything in my power to ensure that justice is done to President Jovenel Moïse.

“As I committed upon my arrival at the Primature, I will continue to seek legal assistance in the context of the investigation into this assassination,” he added.

Moise was elected head of state on November 20, 2016, after electoral officials one week later said that he had won the election with 55.67 per cent of the vote and with an estimated voter turnout of 21 per cent, beating out 26 other candidates — four of whom claimed victory.

Moise, 53, was sworn in as president in February 2017 and in 2019, he faced political unrest and calls for his resignation.

At the time of his assassination, he had been demanding to serve out the remainder of the year and threatening to amend the Constitution to give himself more power.

Late last year, the President of the Senate, Joseph Lambert, suggested that 2022 be declared ‘Year of Haitian Dialogue’ aimed at bringing the Haiti “out of this too long crisis”.

Lambert, in an address to the Senate, which met for first time in a year with just a handful of lawmakers present, said ‘today the Republic of Haiti is deprived of its Chamber of Deputies and its Senate is reduced to a third of its members, these exercise their mandate which expires on the second Monday of January 2023”.

The Senate, composed of 30 members, currently has only 10 Senators because of the failure to hold legislative elections initially scheduled for October 2019 and postponed several times.