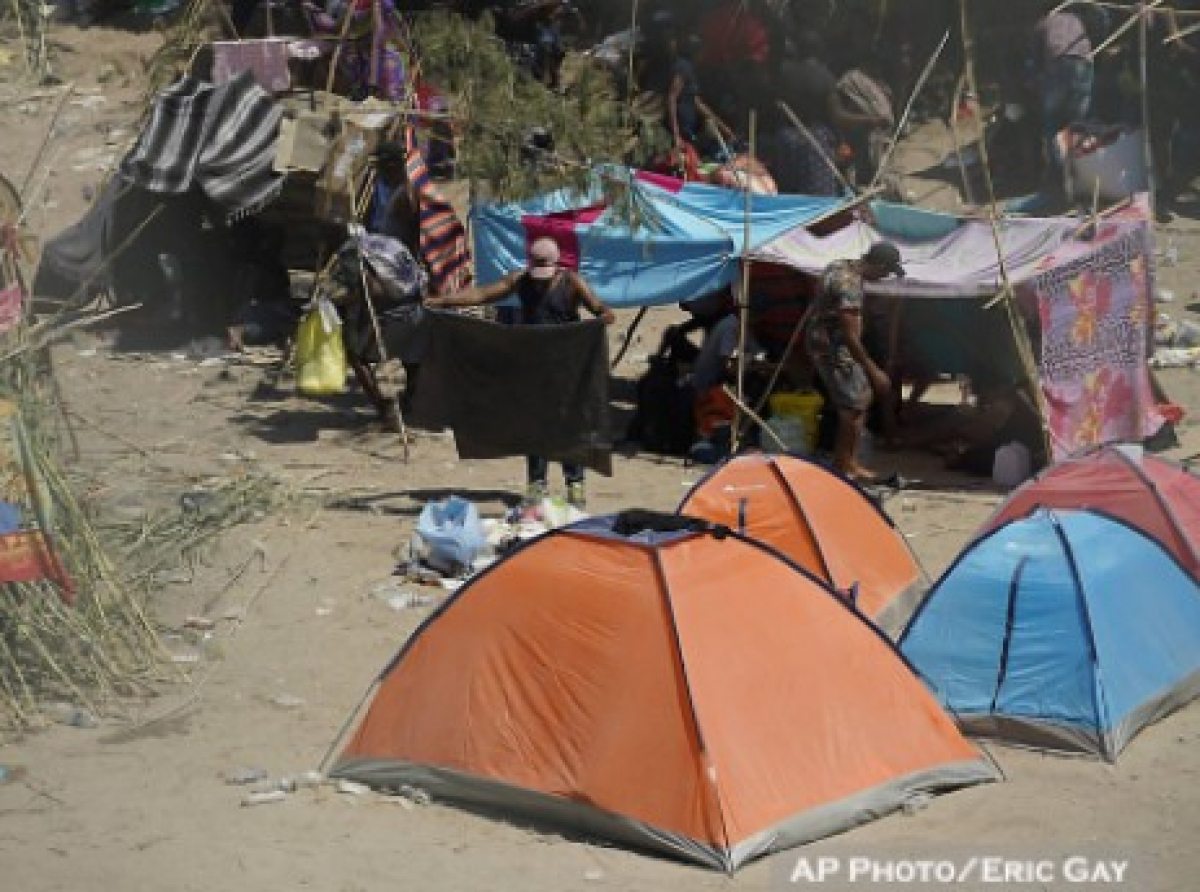 WASHINGTON, D.C. – The Haitian Bridge Alliance (HBA) has filed a class action lawsuit against the Biden administration alleging the abuse of asylum-seeking Haitians, whose rights it said had been violated when they were removed from a makeshift camp in Texas in October.

The HBA is also claiming that the Department of Homeland Security violated the rights of thousands Haitian asylum seekers after they fled the French-speaking Caribbean country because of the danger and insecurity there.

According to the HBA, the Haitians on arrival in the US, joined at least 15,000 Haitian asylum seekers in a makeshift US Customs and Border Protection encampment in Del Rio, Texas, but that they suffered from hunger and dehydration due to encampment conditions.

The asylum seekers said that they “sweltered in triple-digit temperatures” by day and “slept on the ground” at night.

The complaint, filed in the U.S. District Court for the District of Columbia, included a statement from one of the plaintiffs, Mirard Joseph, who said he was “lashed at” by a Border Patrol agent on horseback.

The photo of Joseph’s experience was documented in a photo that was the subject of much criticism, including from President Biden.

The lawsuit specifically accuses the Biden administration of failing to prepare for the influx of migrants despite being aware of the immigrants’ imminent arrival. It also says that the government was responsible for physical and verbal abuse of the migrants as well as failure to provide due process because of COVID-19 policies including Title 42, which allows for the expulsion of people for public health reasons.

Apart from the HBA, several immigrant advocacy groups including Justice Action Center, and Innovation Law Lab are representing the 11 Haitian asylum seekers named in the case.

In the pending lawsuit, the HBA seeks injunctive and declaratory relief. The HBA further aims “to ensure accountability and an end to the Biden Administration’s harmful, discriminatory, and unlawful policies.”