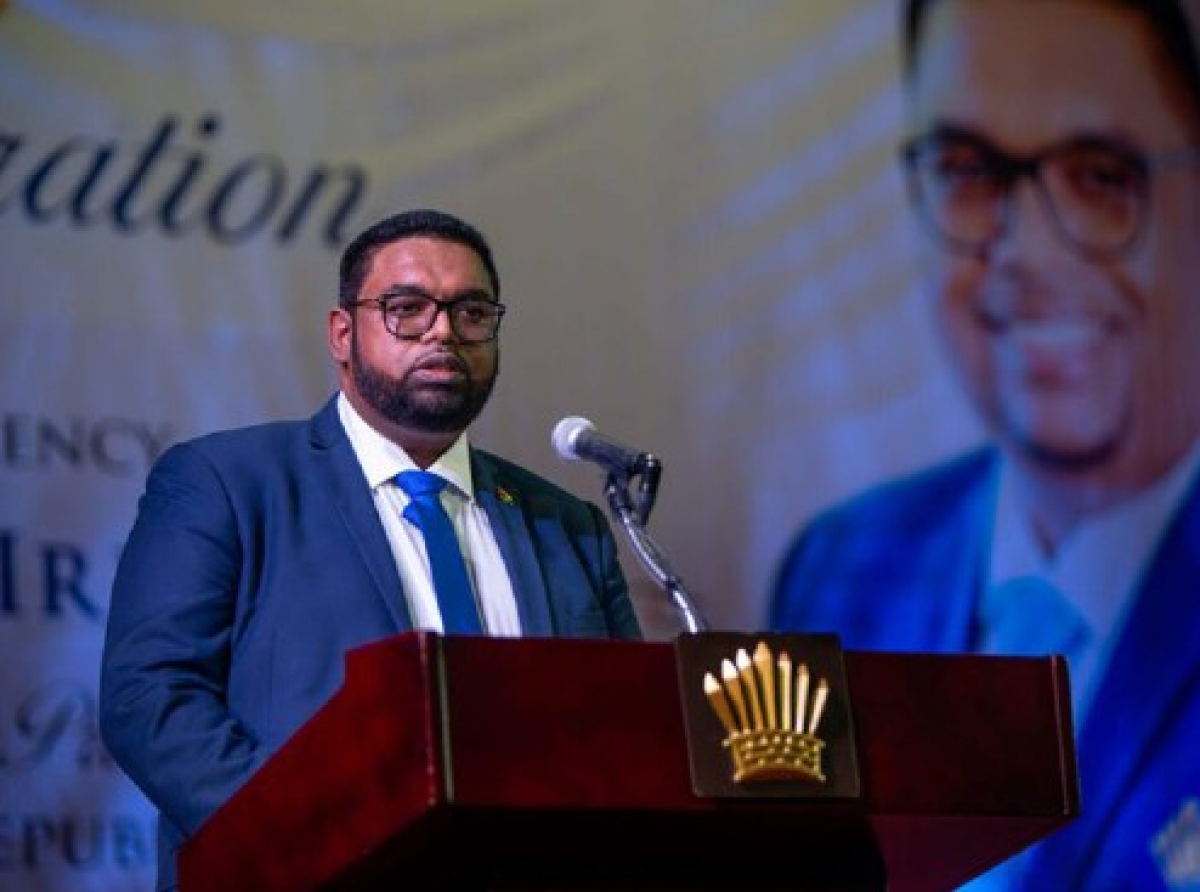 GEORGETOWN, Guyana – The importance of the relationship between the United States and Guyana was the focus of a meeting held on Wednesday between President Irfaan Ali and US Vice President Kamala Harris.

According to Ali, during the meeting that was frank and open, they also confronted big issues.

“It was beneficial both to Guyana and the US and CARICOM. It confronted the big issues, it was very frank and open, very respectful and it outlines the vision and supports the vision that I’ve been talking about,” Ali said.

During Wednesday’s meeting the two leaders reviewed progress made since these engagements, including the work of three short-term joint U.S.-Caribbean committees that President Biden and the Vice President launched at the Summit of the Americas to produce concrete, near-term solutions on areas of immediate concern for Caribbean leaders: food security, energy security, and access to development financing.

In a read out published by the State Department, it noted that “the Vice President welcomed progress made on these three areas, and reiterated the interest of the United States in addressing the unique vulnerabilities and urgent economic challenges facing Caribbean nations.”

According to Ali, such an exchange is necessary for advancing the relations between the two countries as it fosters understanding and allows for the opportunity to share perspectives. This, he emphasized, is an important aspect of strengthening US/Guyana relations.

“The first thing that we need to do to advance any relationship is to have conversations, to understand each other, to share our perspective on things. They may be different, but unless you share it, you cannot understand the commonality or understand where each other is coming from,” he added.

In particular, the Vice President and President Ali discussed the work of the U.S.-Caribbean food security committee, which President Ali leads for the Caribbean.

The Vice President thanked President Ali for his leadership and noted that addressing food insecurity is a global priority for the Biden-Harris Administration, which is working with the international community to provide immediate aid to the hungry and to promote investment in agriculture to increase food production.

They also discussed the importance of a sustainable energy future. As part of that, they discussed the implementation of the U.S.-Caribbean Partnership to Address the Climate Crisis 2030 (PACC 2030), which the Vice President launched in June to facilitate clean energy infrastructure development and strengthen climate resiliency in the Caribbean.

The Vice President highlighted efforts to accelerate PACC 2030’s energy infrastructure development timeline by incorporating these lines of effort into the work of the U.S.-Caribbean short-term energy and finance committees.

Harris also noted that she looked forward to continuing her collaboration with the Guyanese  President in promoting inclusive democracy, economic development, and security for all Guyanese, and underscored the Biden-Harris Administration’s commitment to strengthening U.S. partnerships with the Caribbean.